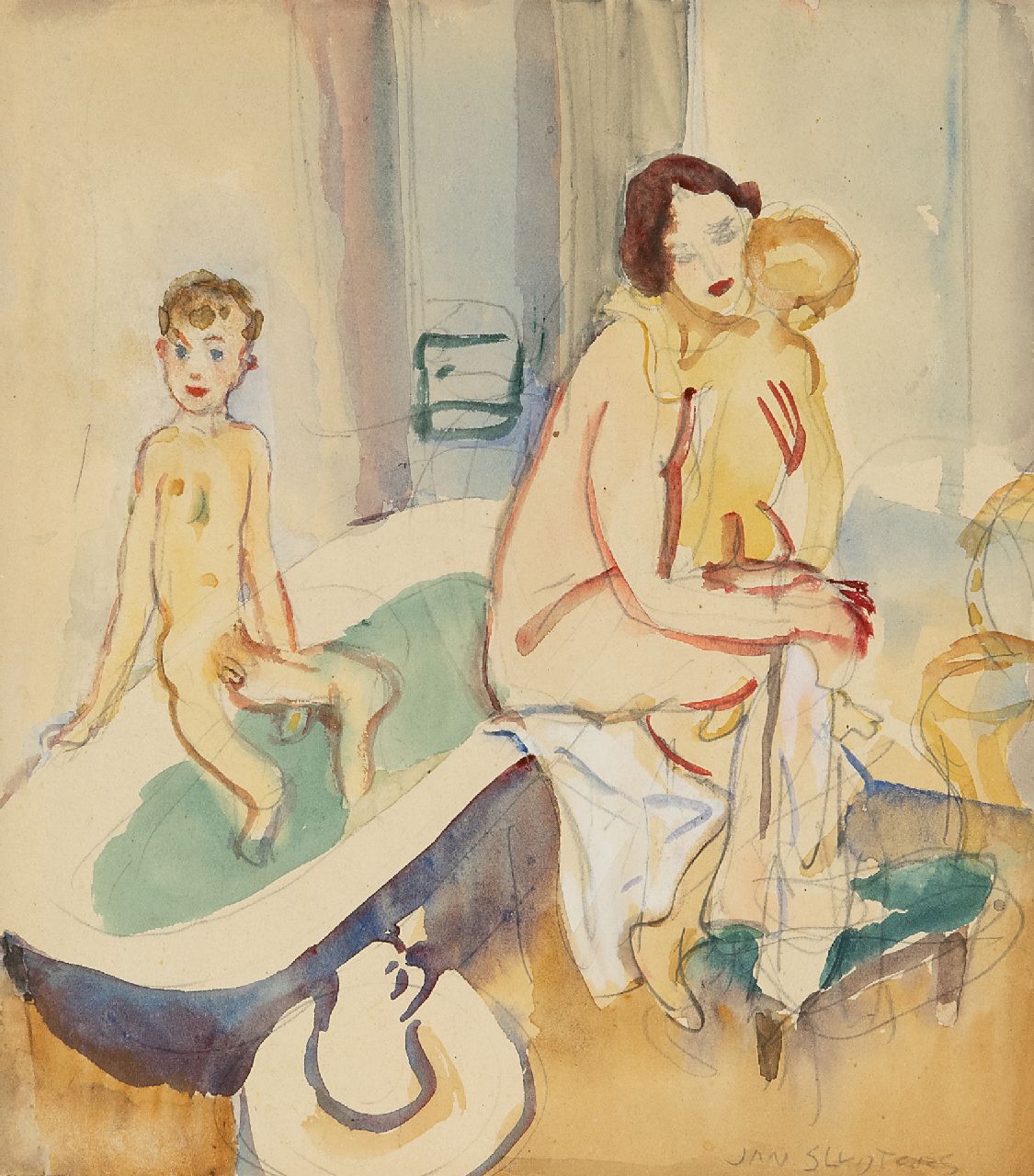 Jan Sluijters along with Leo Gestel and Piet Mondrian belongs to the first early modernists. He trained at the Amsterdam Rijksacademie. He then moved to Paris (1904-1907) where his introduction to the work of Van Gogh, Cézanne and the Fauves, including Gauguin, led to him developing an entirely new visual idiom. Sluijters sought to express powerful inner feelings in his work by changing visible forms and applying an exuberant, non-realistic use of colour. Landscapes only occur in his earlier work: later he had a distinct preference for still-lifes, nudes and portraits. Jan Sluijters has often depicted his second wife Greet van Cooten, both as a portrait and in domestic scenes. They married in 1911 and had three children: Jan jr. (1914), Rob (1921) and Liesje (1924), who were also frequently painted. This watercolour is a preliminary study for the painting 'The Bathroom', a work that shows Greet with the children Jan and Liesje in their bathroom at Lomanstraat 99 2-high. It was painted around 1925 (see: Jan Juffermans, Noortje Bakker, 'Jan Sluijters - painter', Amsterdam 1981, fig. Page 89, coll. Stedelijk Museum, Amsterdam). The painter donated the watercolour to the artist Cees Bantzinger in 1951 as a thank you for mediating in two portrait commissions, one of which led to the portrait of F.H.M. Wyers (1882-1971), which Sluijters himself found very successful.

Also for sale from Sluijters J.C.B.