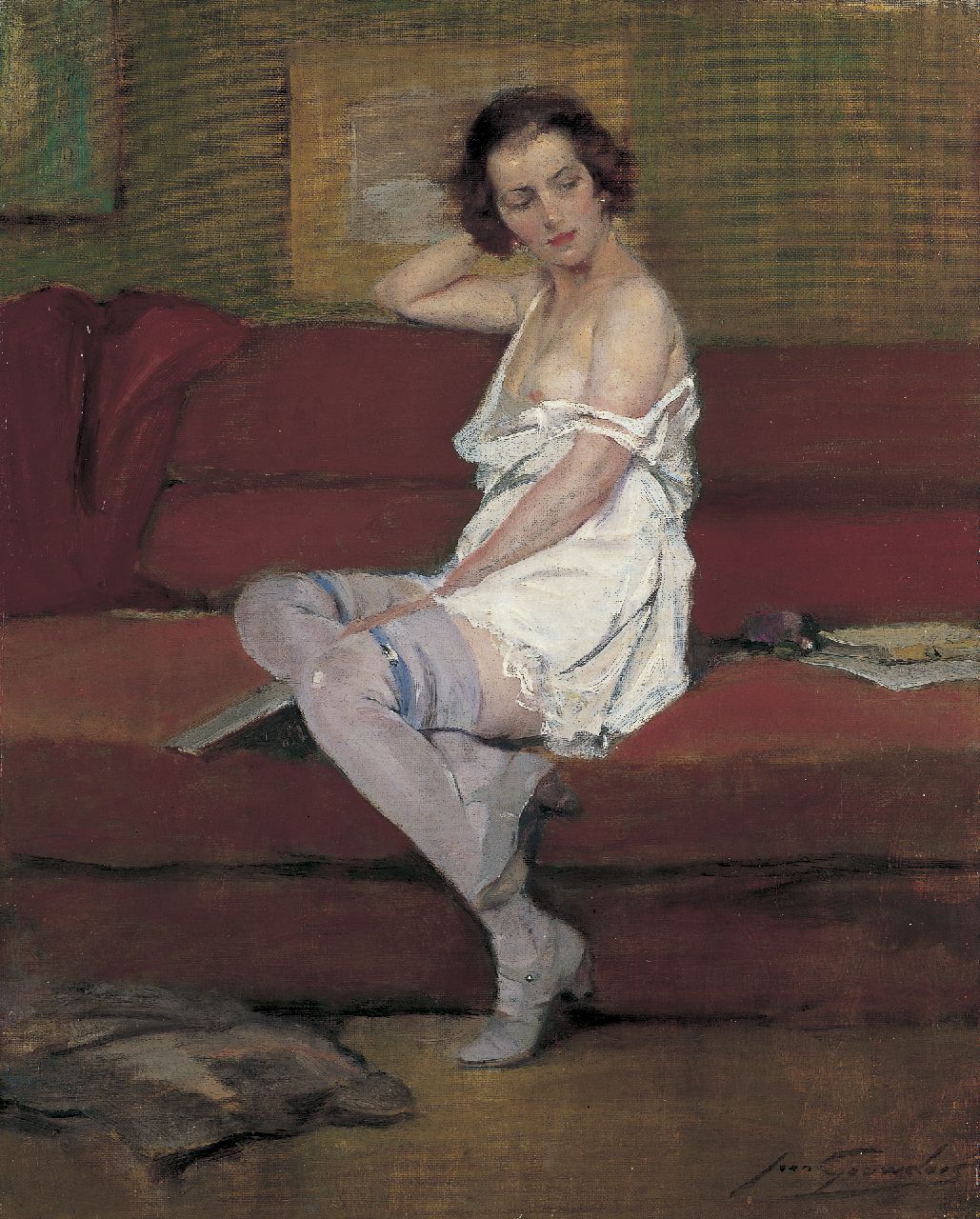 Jean Gouweloos, like his brother Charles, was educated at the Brussels academy. Initially he worked as a lithographer but gradually he devoted himself to painting. Between 1914 and 1918 he fled with his family to the Netherlands, where he found shelter in Domburg, later in Scheveningen. In addition to landscapes and seascapes, he had great success with his portraits and interiors depicting elegant women, lost in thought or endulged in small, everyday chores. They are distinguished by the subtle shades of colour and attention to light.