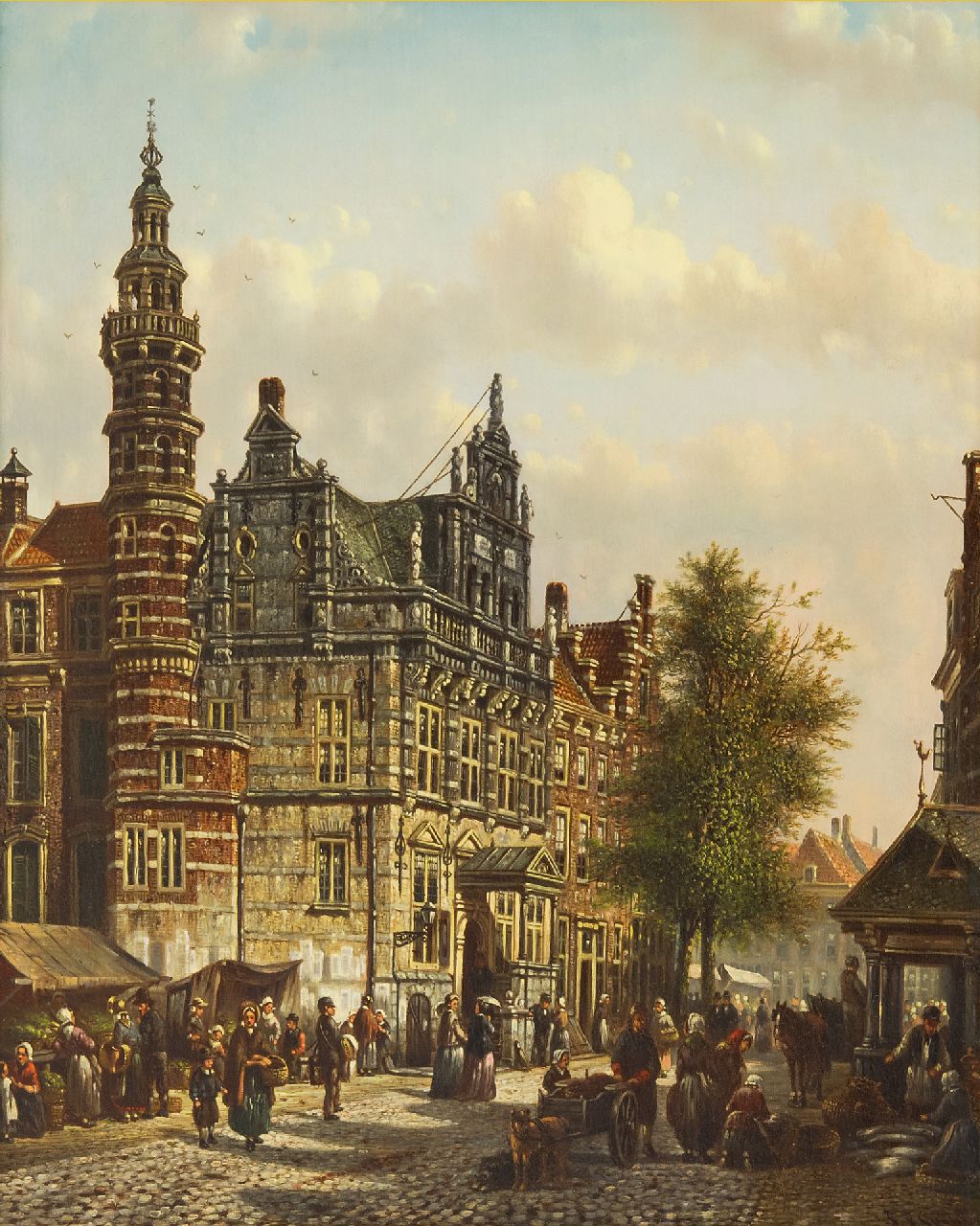 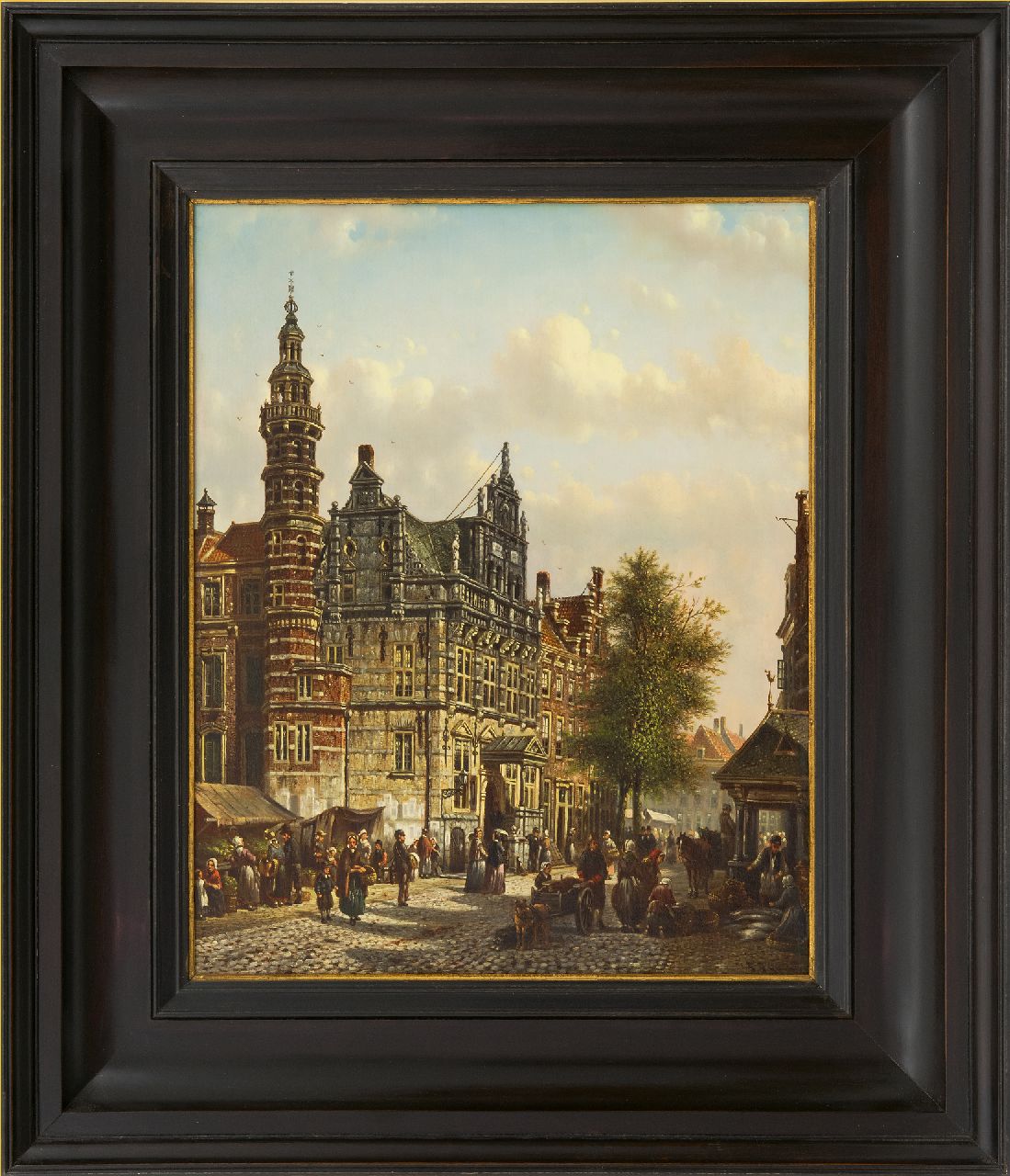 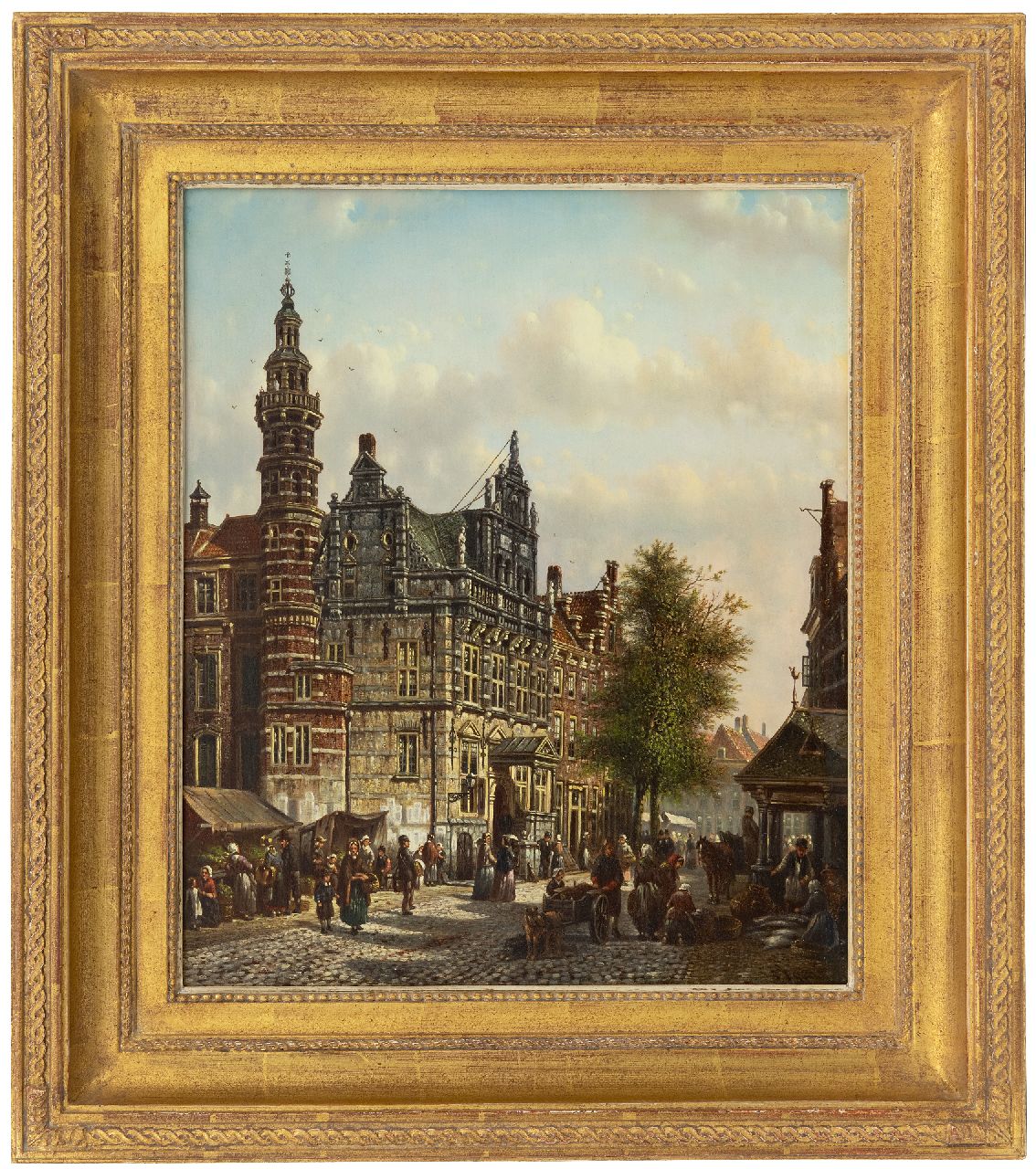 Johannes Franciscus Spohler was an outsider in his painting family. He was the only one to choose the Dutch cityscape as a specialization, while his father and brother painted winter landscapes and summery river views. His great example was the work of the Amsterdammer Cornelis Springer: sunny streets with Old Dutch houses, crowded with figures of all kinds. Partly due to Springer's popularity, a good market had emerged in the 19th century for cityscapes with Dutch historic buildings, both domestically and abroad. For the above painting, Spohler took as its subject the 16th-century town hall of The Hague, a beautiful and richly decorated building in Dutch Renaissance style with a tower of layers of brick and sandstone. He chose - possibly on commission - for the original state. The roof above the entrance and the tower extension on the ground floor disappeared around 1865 and 1880. Around 1912, when Spohler was no longer alive, the building became too small for its function. The Old Town Hall is still there, sandwiched between other buildings and no longer as glorious as in this painting.

Also for sale from Spohler J.F. 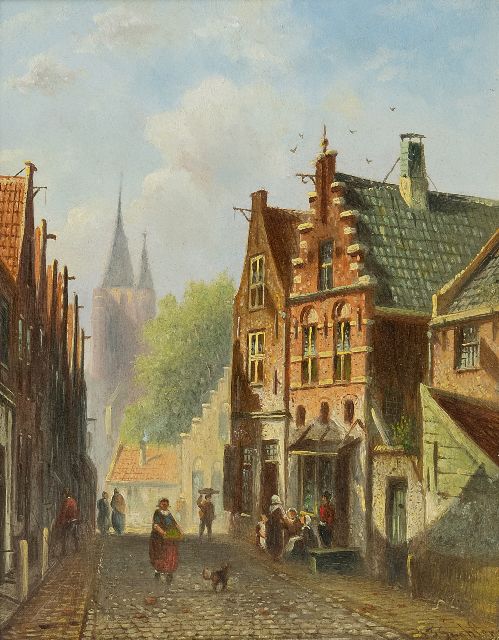 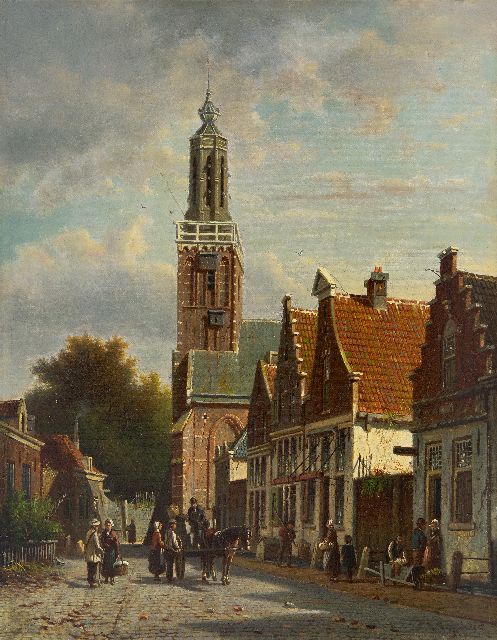