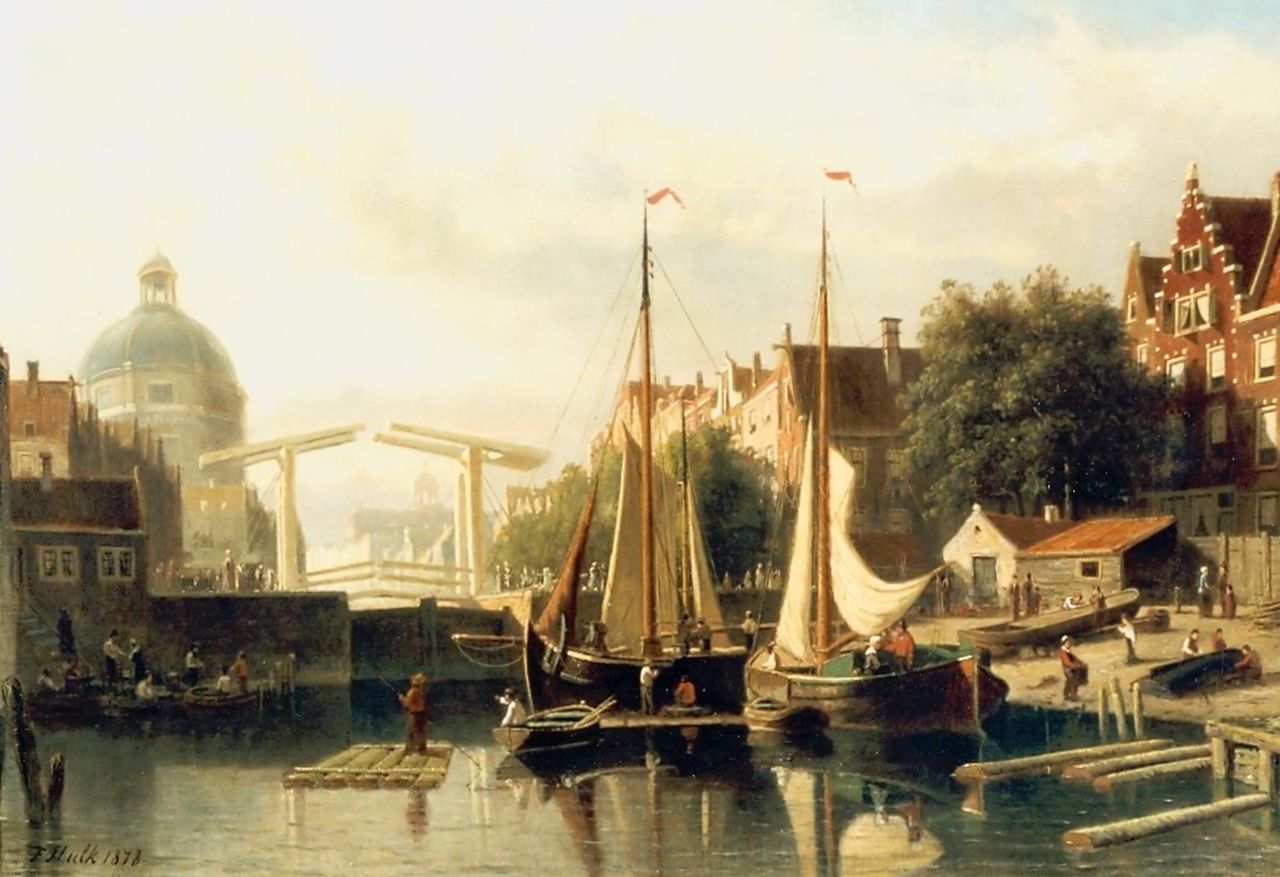 A member of the famous nineteenth-century family of artists, J.F. Hulk Sr concentrated mostly on painting town and village street scenes and marine views. He was taught by his brother Abraham (1813 – 1897) and Kaspar Karsen (1810 – 1896), and also attended the Rijksacademie in Amsterdam. Among his own pupils were his son John (1855 – 1913) and J.B. de Hoog. A member of the artists' society Arti et Amicitiae, between the years 1854 and 1903 Hulk regularly showed his work at exhibitions. From 1855 to 1882 he also ran a shop in Amsterdam selling drawing, painting and office supplies, where he also had a photography studio called 'De Rembrandt'. Hulk was one of the first to photograph Amsterdam. 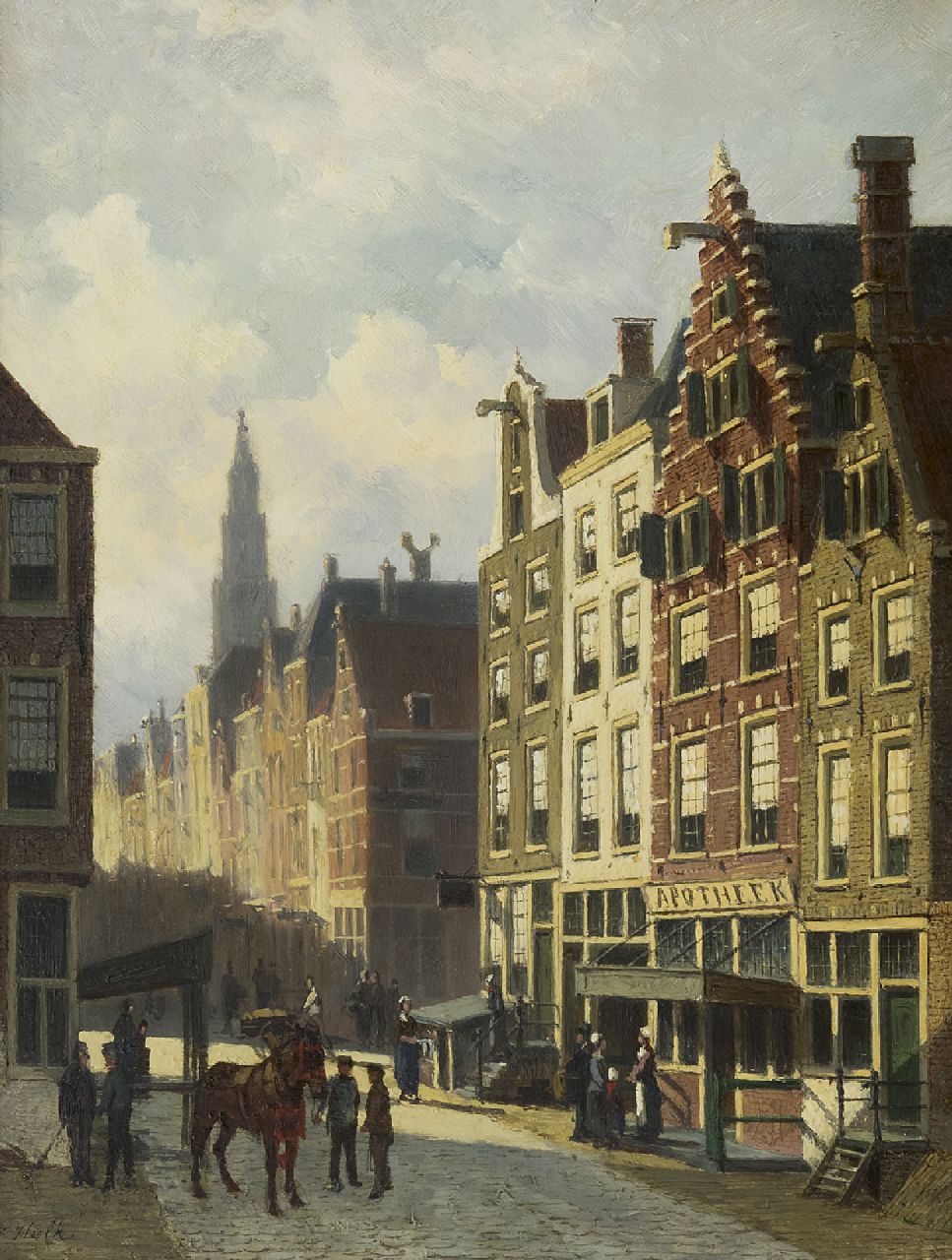 A sunny town view with a pharmacy shop