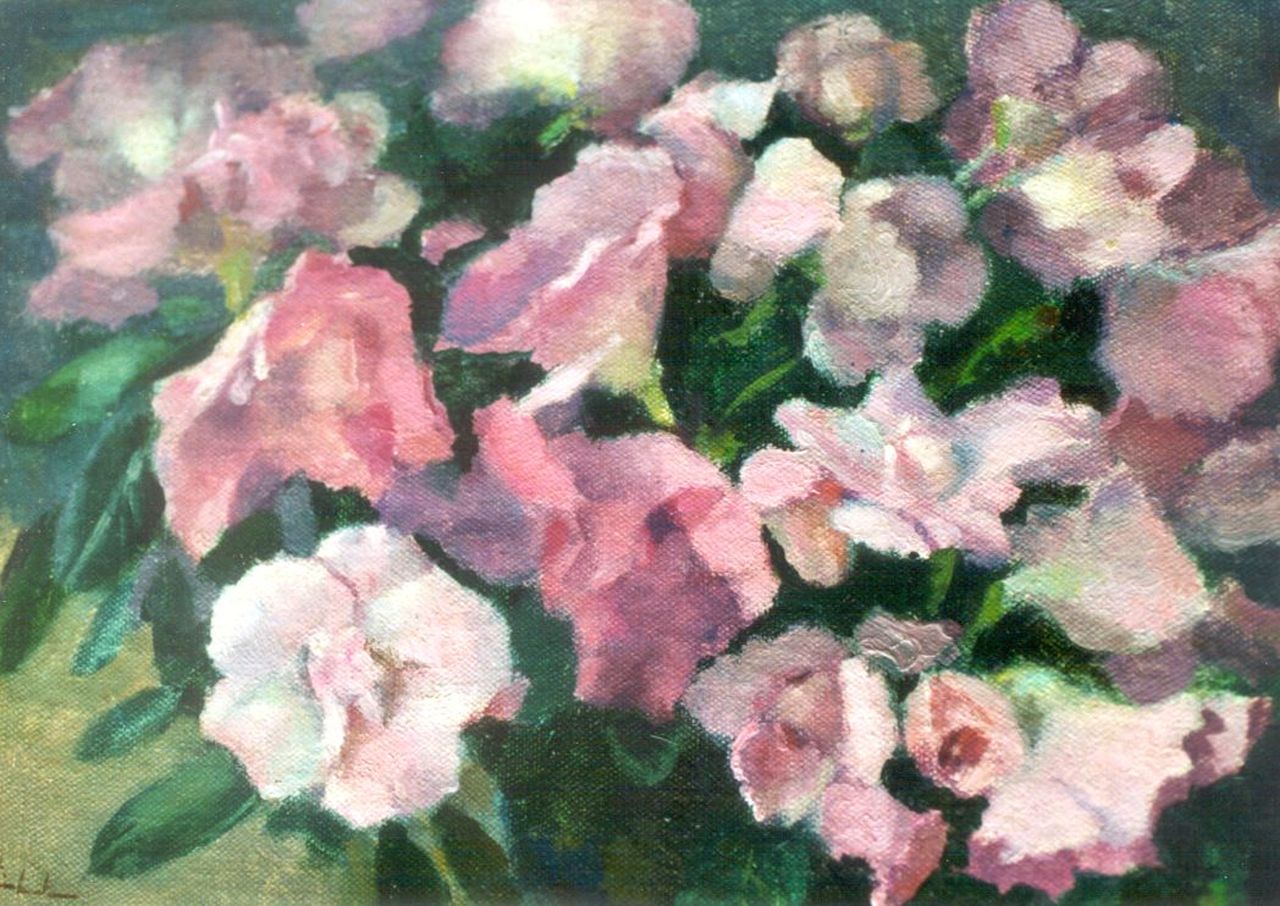 Joop Stierhout painted views of Amsterdam, landscapes, flower still lifes and religious subjects in a colourful Impressionistic manner. Also a proficient portraitist, he was commissioned by VU University in Amsterdam to paint commemorative anniversary portraits of its professors. Stierhout attended the Rijksacademy in Amsterdam, where his teachers were J.H. Jurres and H.J. Wolter. In 1940 he was awarded one of the annual royal grants for painting, but the Second World War prevented him from going abroad. Stierhout showed his work at art galleries including Bennewitz in The Hague and F. Buffa & Zn in Amsterdam, Amsterdam's Stedelijk Museum and, from 1968, at his own gallery, St Joseph, in Van Baerlestraat. 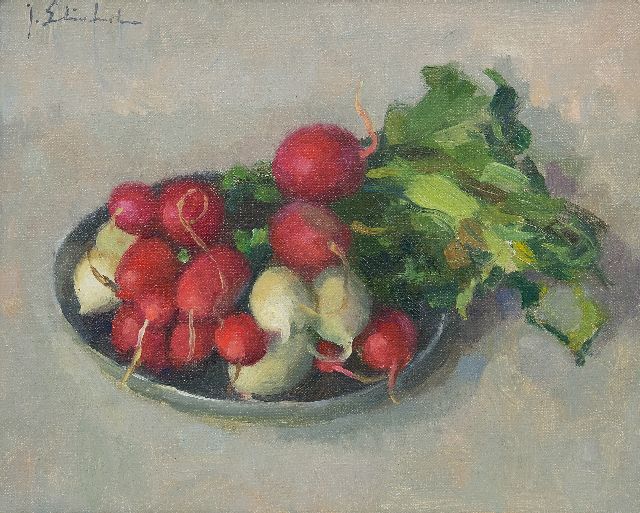 Red and white radishes on a plate 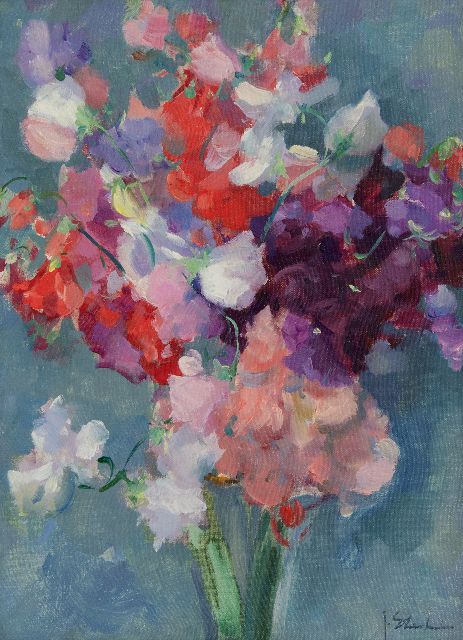 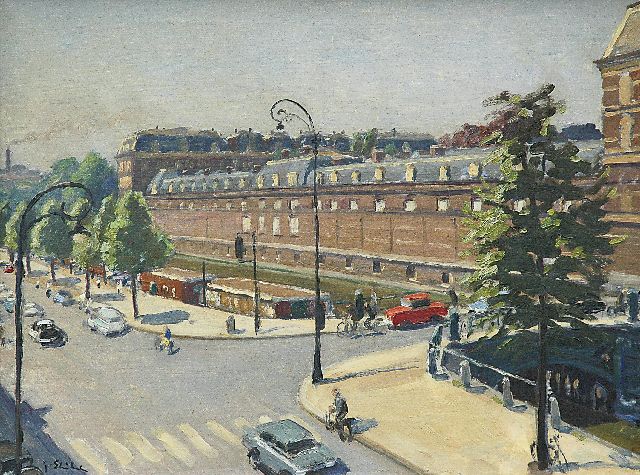 The Galerij (backside) at the Stadhouderskade, Amsterdam