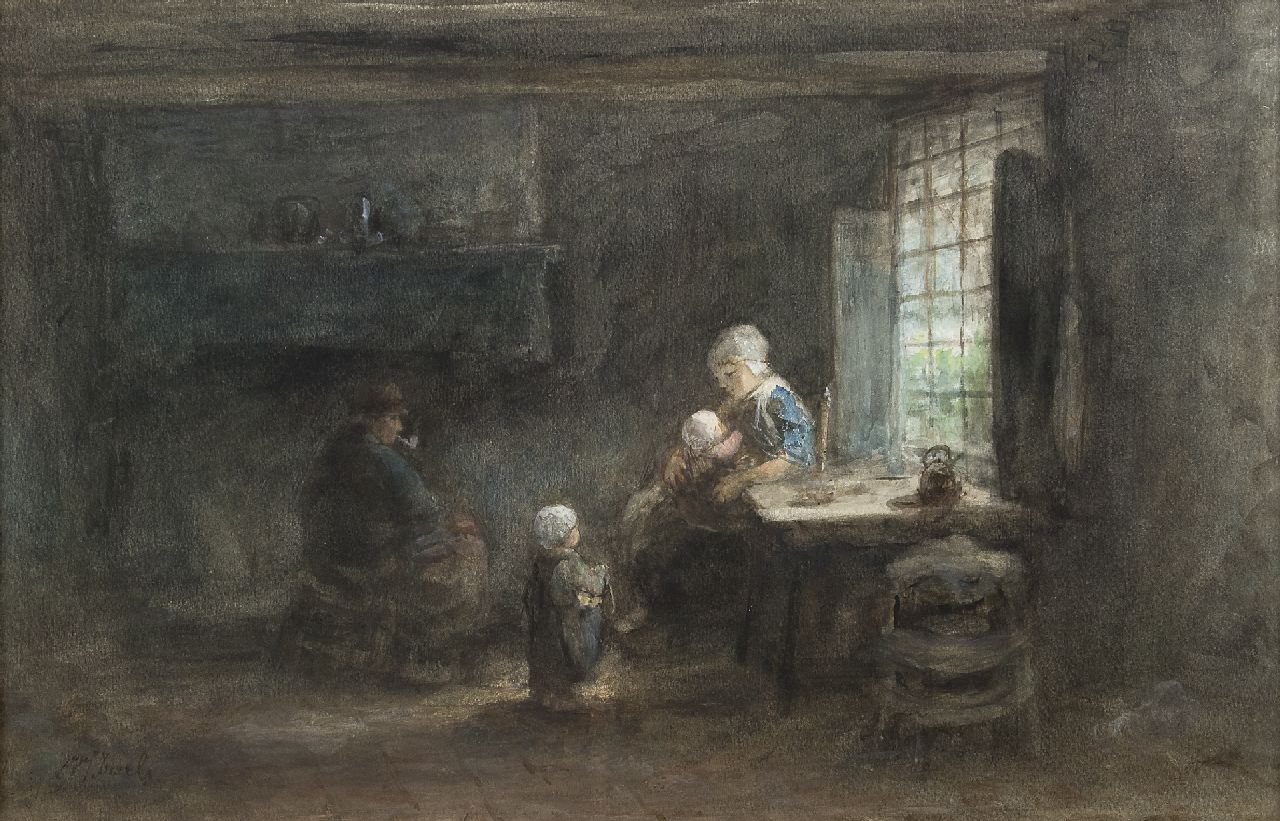 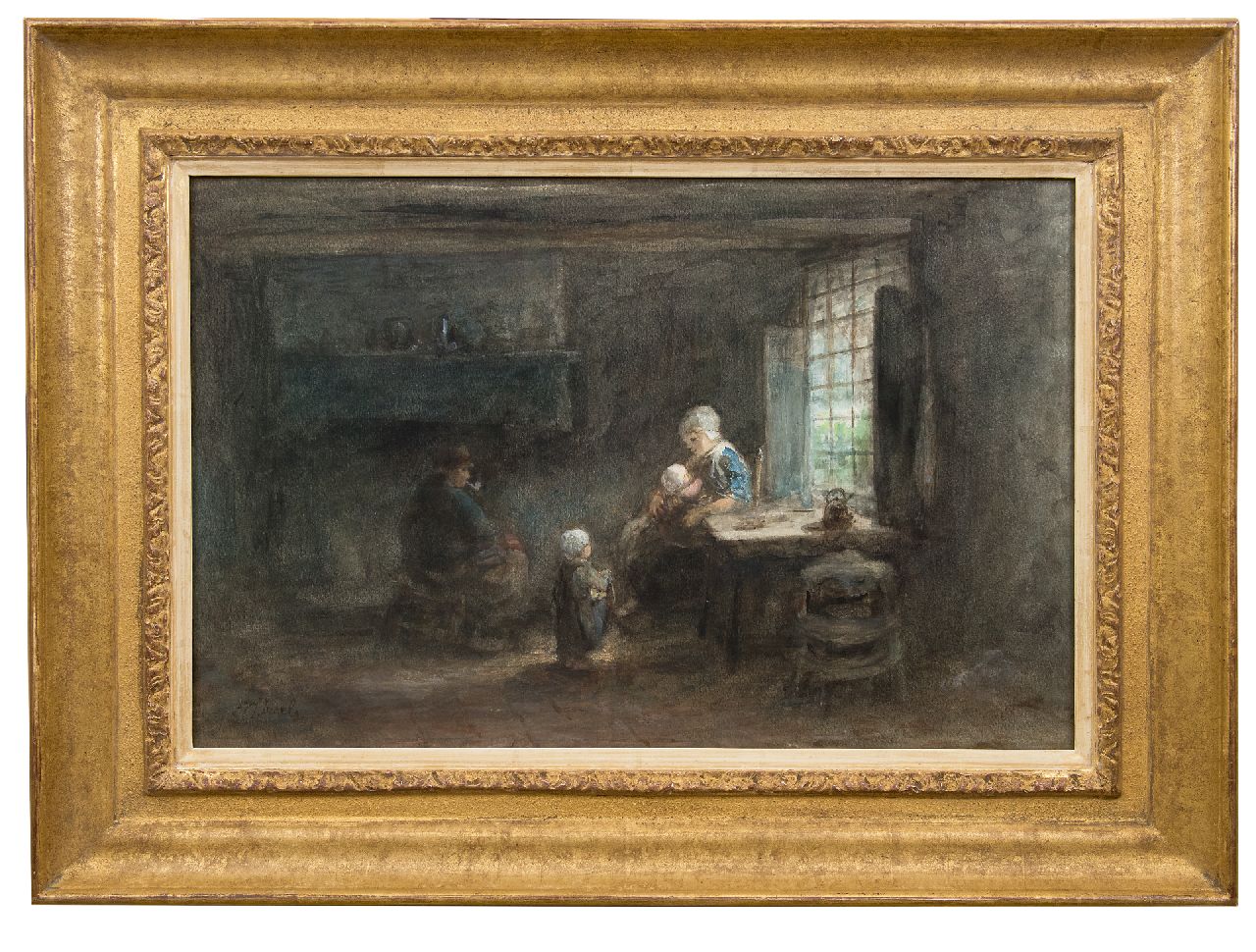 Jozef Israels was a pupil of J.A. Kruseman and the Rijksacademie Amsterdam. From 1845 to 1847, and later in 1853, he also studied in Paris. In the Louvre Museum he copied the works of Old Masters like Rembrandt and Velasquez as well as acquainting himself with French Realism. Back in the Netherlands he became intrigued by the hard lives of the fishing folk of Katwijk and Zandvoort and made this a theme of his work. In the 1870s he also discovered the ‘picturesque’ lives of peasants from Het Gooi, near Amsterdam. Already during his lifetime he garnered much acclaim for his romantic and realist paintings, both at home and abroad.