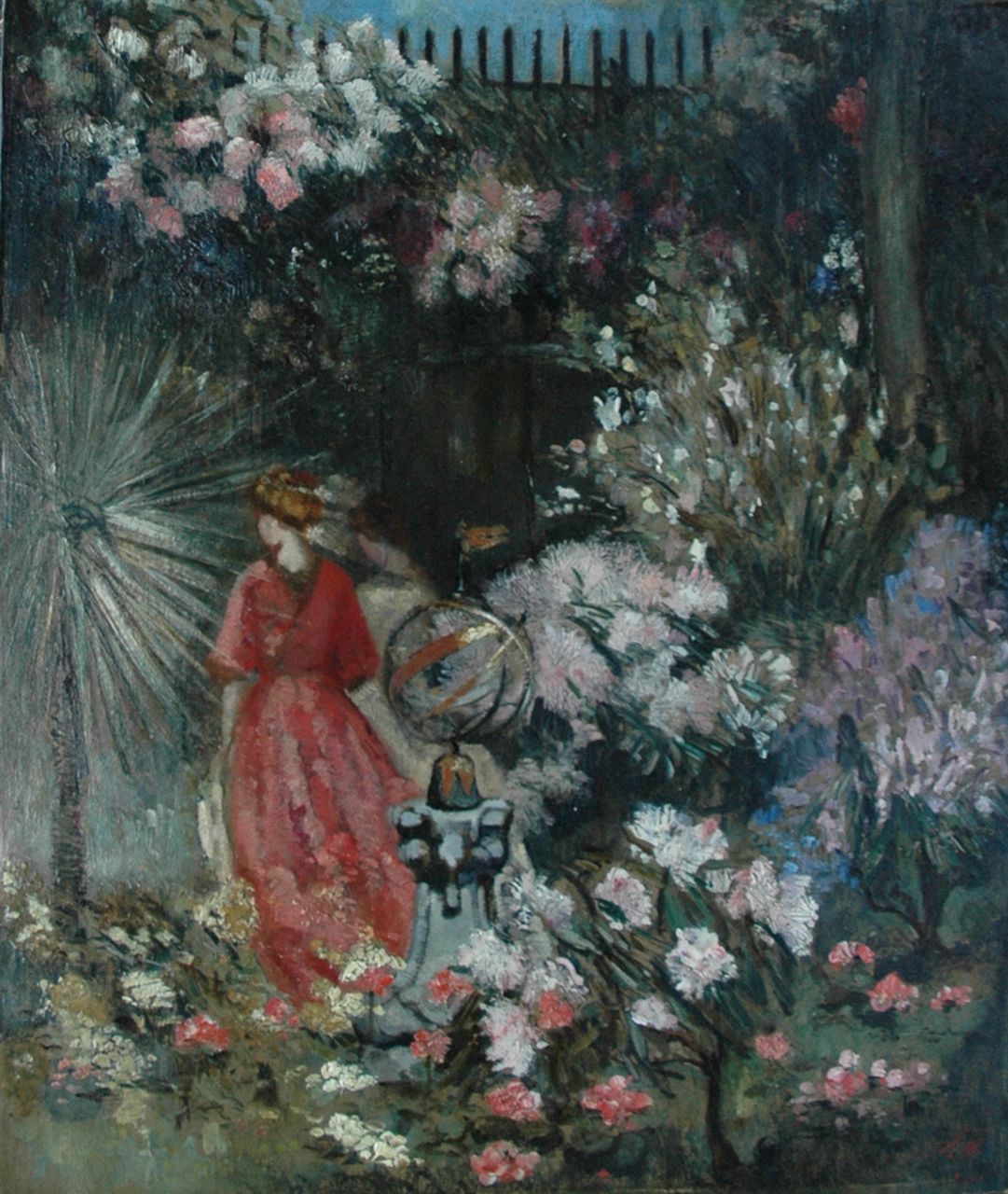 Lizzy Ansingh belonged to a small group of upper class, women painters known as the Amsterdam Joffers. She had her first painting lessons from her aunt, Thérèse Schwartze. Thereafter she studied at the Rijksacademie , Amsterdam, under the directorship of August Allebé and Nicolaas van der Waay. She painted broadly set down, colourful portraits, still lifes and dolls in half-light, the fairytale aspect of which appealed to her.