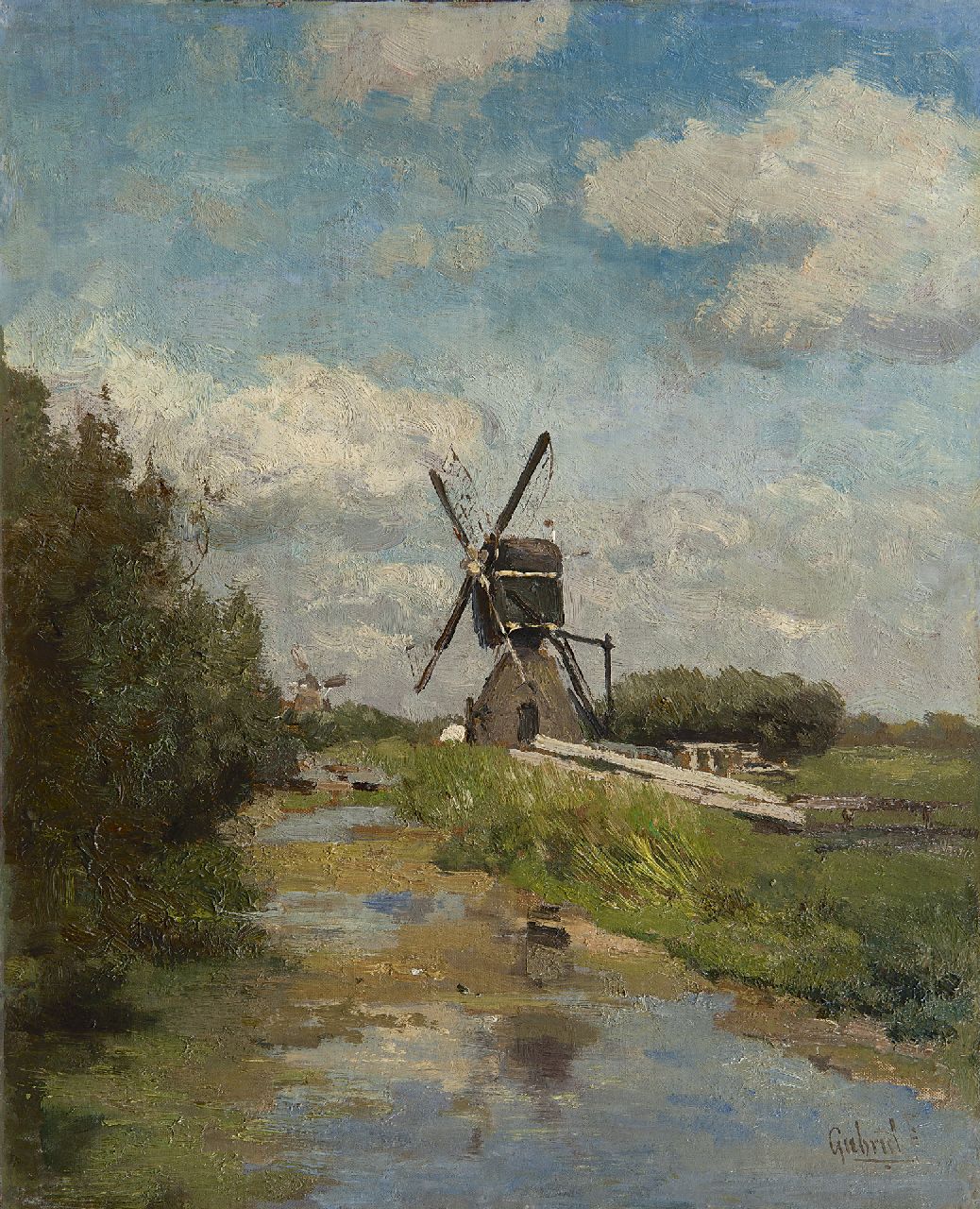 Windmill in the Westbroekpolder near Zoeterwoude
oil on canvas laid down on panel 32.5 x 26.1 cm, signed l.r.

Windmill in the Westbroekpolder near Zoeterwoude
oil on canvas laid down on panel 32.5 x 26.1 cm, signed l.r.