Paulus Constantijn la Fargue artwork • painting • previously for sale A view of the Groenmarkt, The Hague 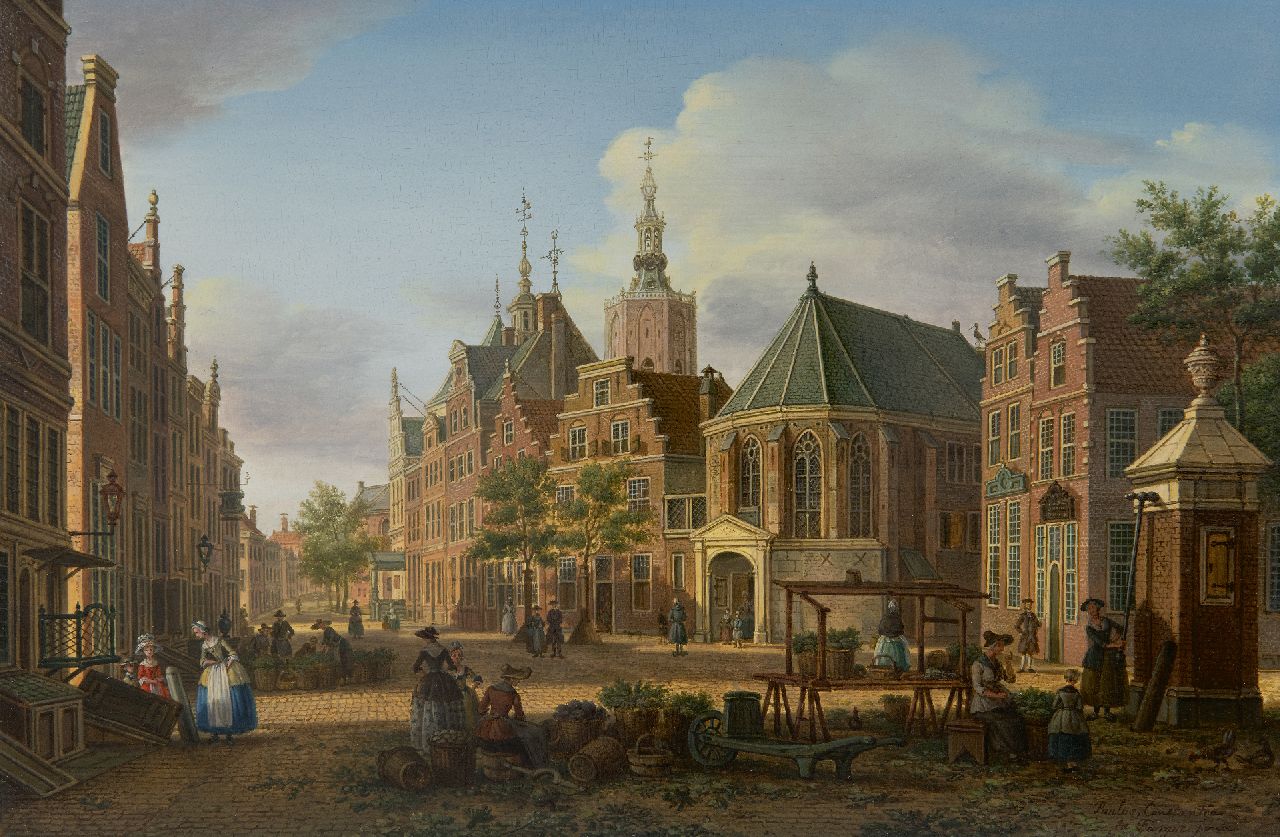 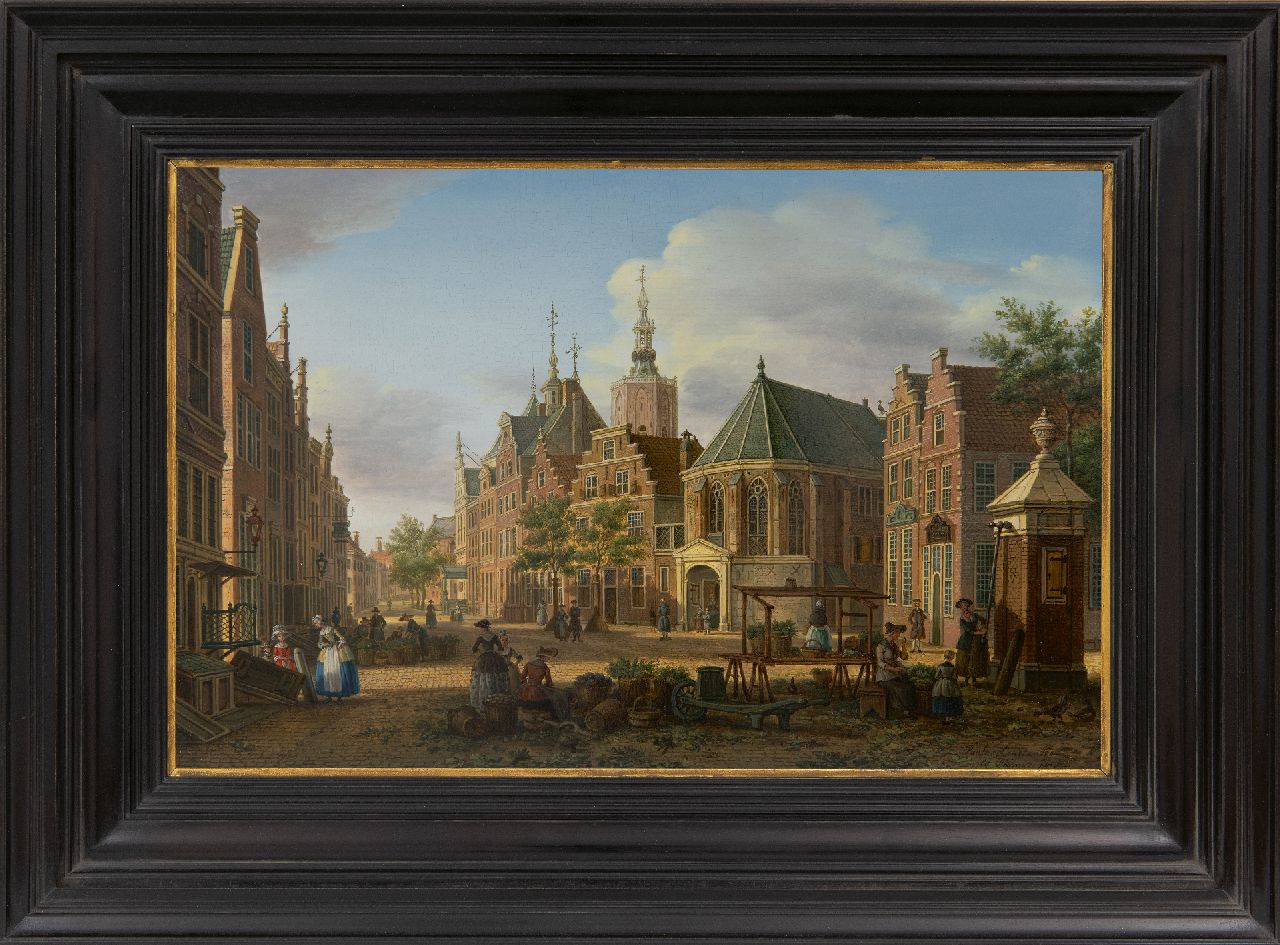 The Hague painter Paulus Constantijn la Fargue was born into an artistic family. His three brothers and two sisters chose an artistic career. It is not known who taught Paul Constantine. Presumably he was largely self-taught and practiced studying the work of older masters. This was not uncommon at the time. Like most topographical artists, la Fargue started out as a wallpaper painter. After 1757, he received sufficient commissions from the Hague art dealer Gerard Hoet to provide his brother Karel with work for a long time also.. Paul Constantine has painted, drawn and etched. He became especially famous with his topographical city portraits of The Hague, Rotterdam and Amsterdam. In doing so, he continued a tradition that began in the 17th century with Jan van der Heyden.