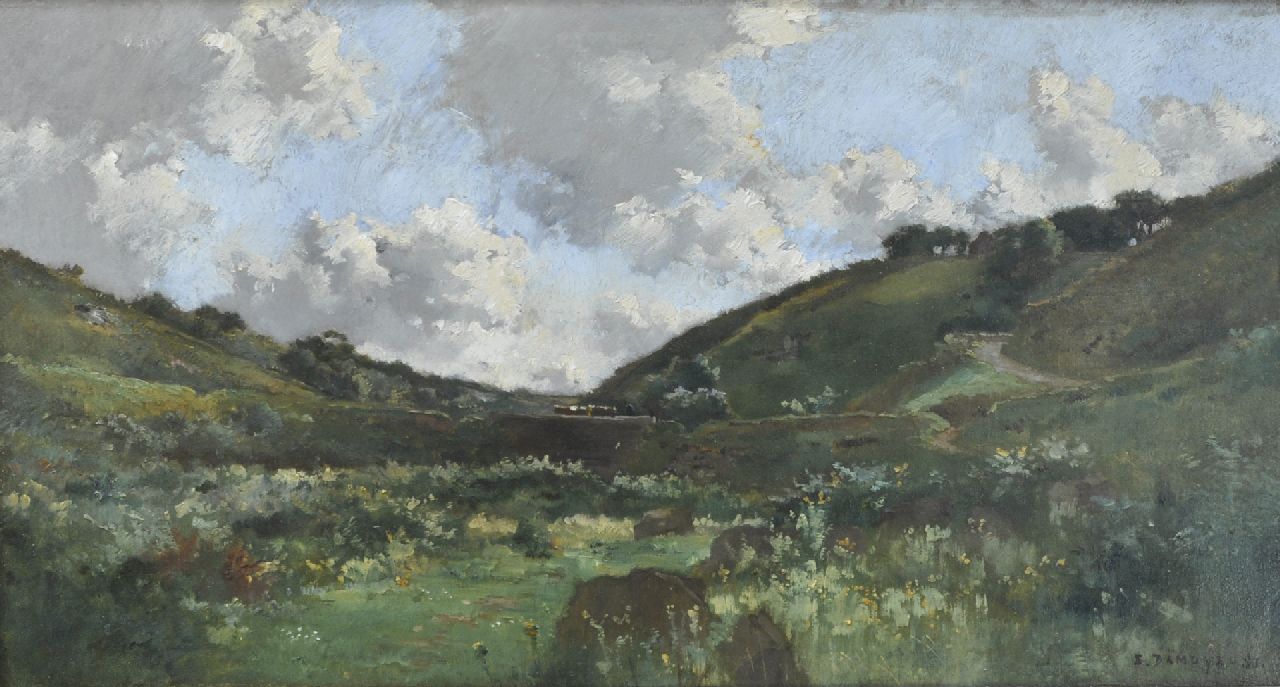 The French painter Pierre-Emmanuel Damoye is considered one of the most important heirs of the Barbizon School. He mainly devoted himself to landscape and was part of the Ecole de Pointoise, a group of young landscape painters who worked along the banks of the Seine and Oise north of Paris. From 1875 Damoye took part in the Salon, with increasing success. In 1900 he even joined the jury. Work by this painter can be found in the Louvre and the Musée d'Orsay in Paris, among others.