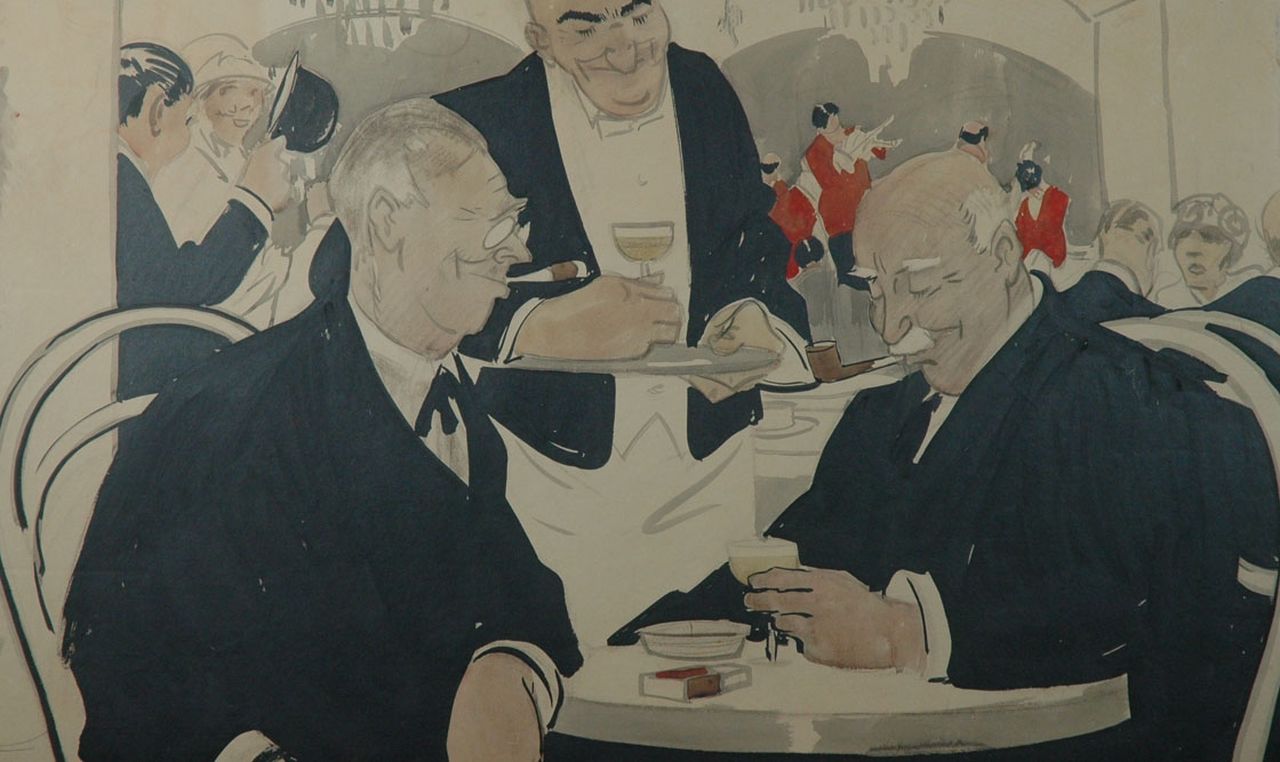 Two gentlemen having a drink
ink and watercolour on paper 53.8 x 86.8 cm

Two gentlemen having a drink
ink and watercolour on paper 53.8 x 86.8 cm