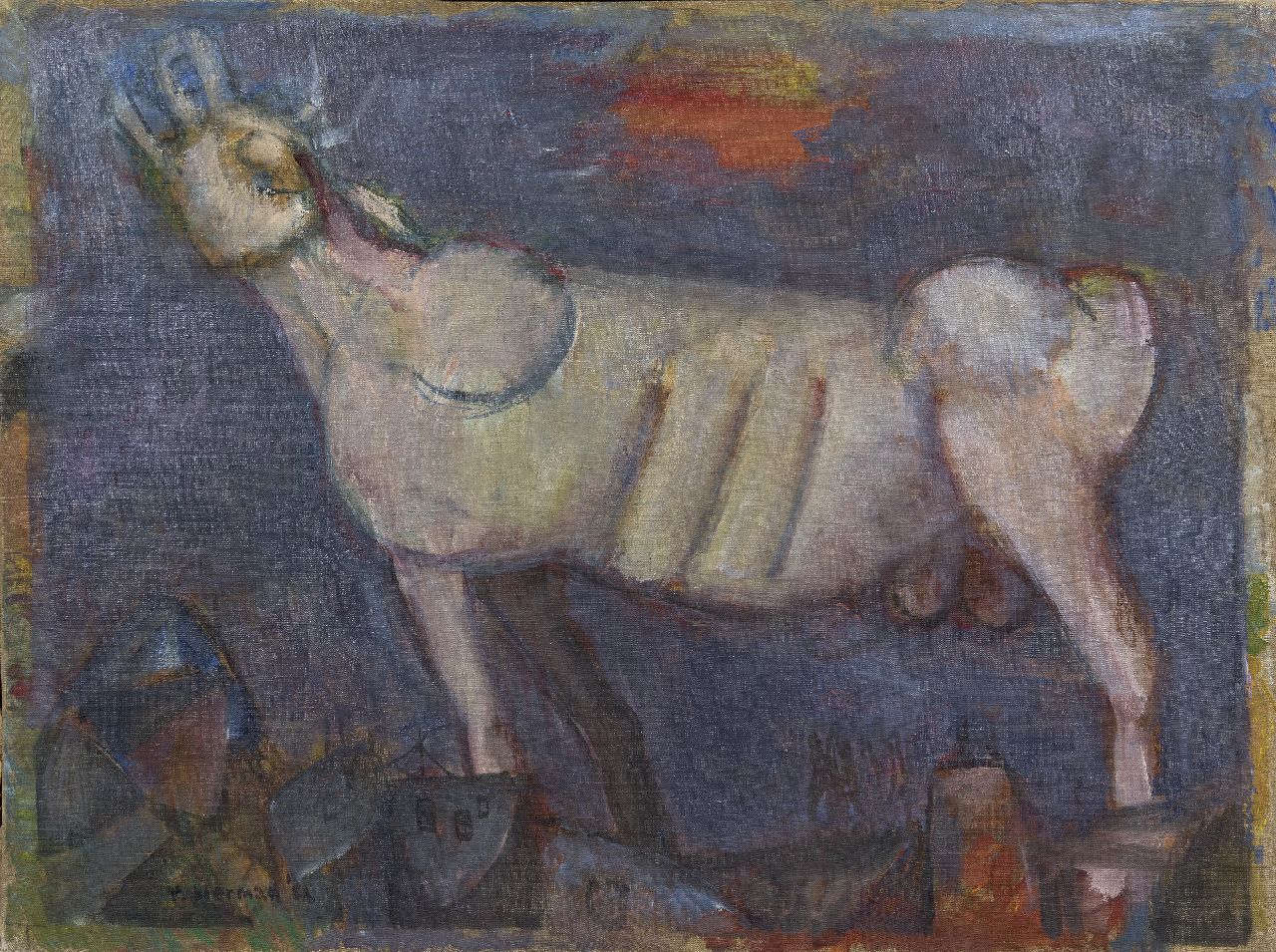 The neo-expressionist Rudi Bierman received his training at the Rijksacademie in Amsterdam, where he was taught, among other things, in monumental painting by Heinrich Campendonck. Then he took lessons with Oskar Kokoschka in Salzburg. Bierman strongly opposed a one-sided experimentation of the abstracts and his starting point was a figurative expressionism, as a result of which his work always balances between abstraction and figuration. After the 1960s, he increasingly applied the paint to the canvas in rough, pasty strokes. Beloved themes were landscapes, figures, animals and cityscapes. As a teacher at the academy 'Minerva' (from 1964) he influenced the formation of a younger generation of Groningen painters.