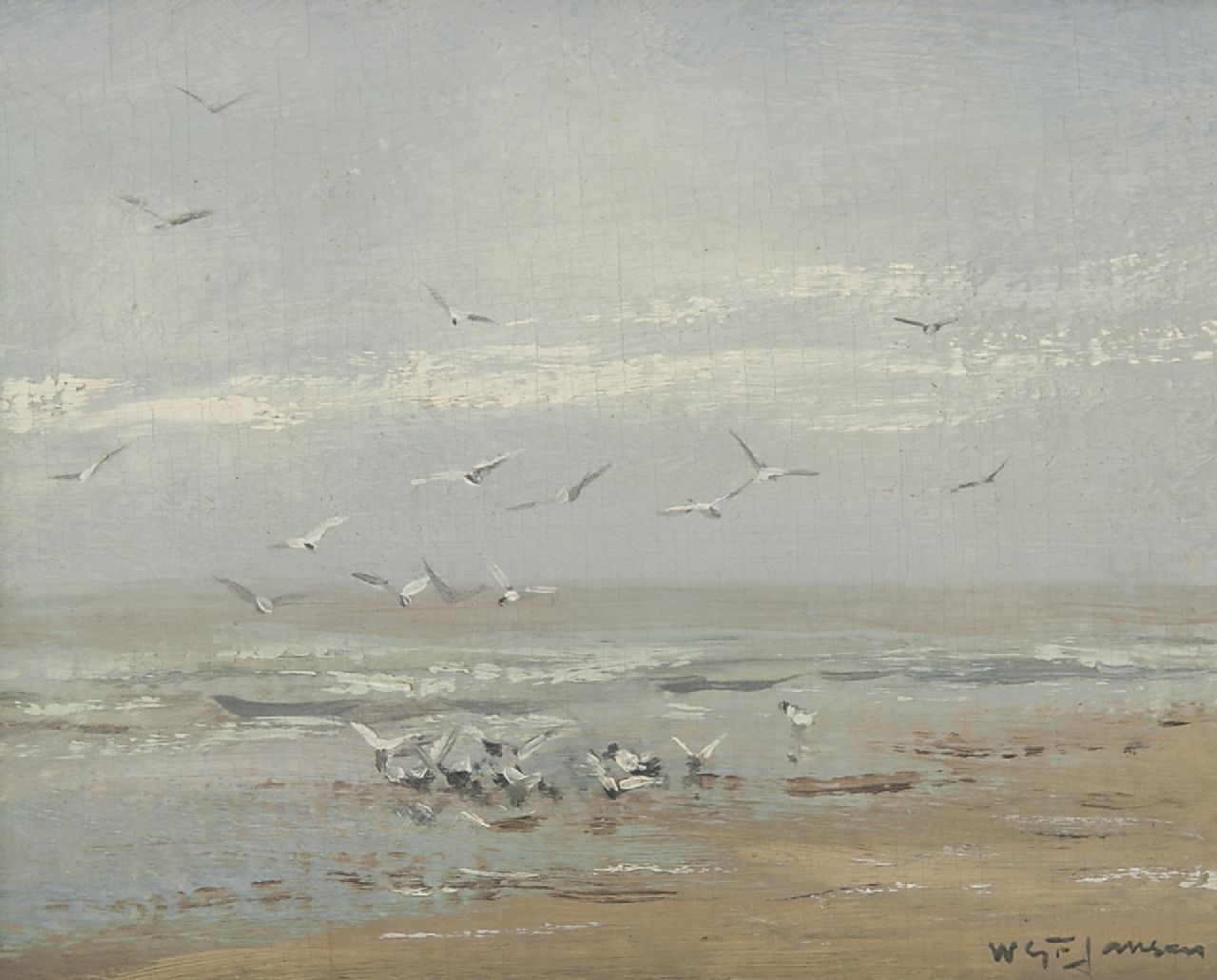 Before establishing himself as an art painter in 1908, W.G.F. Jansen worked as a decorative painter at the Rozenburg porcelain factory in The Hague and as a Delftware designer in Gouda. His work can be considered part of the late flowering of the Hague School. Jacob Maris in particular was a source of great admiration, which is expressed through his nimble brush technique and love of the unadulterated Dutch landscape. Jansen painted seascapes and beach scenes, intimate farmsteads, river scenes under vast skies, meadow landscapes and tranquil heathlands with sheep. He was widely praised for his strongly developed sense of colour nuance, especially with regard to shades of white, green and grey.