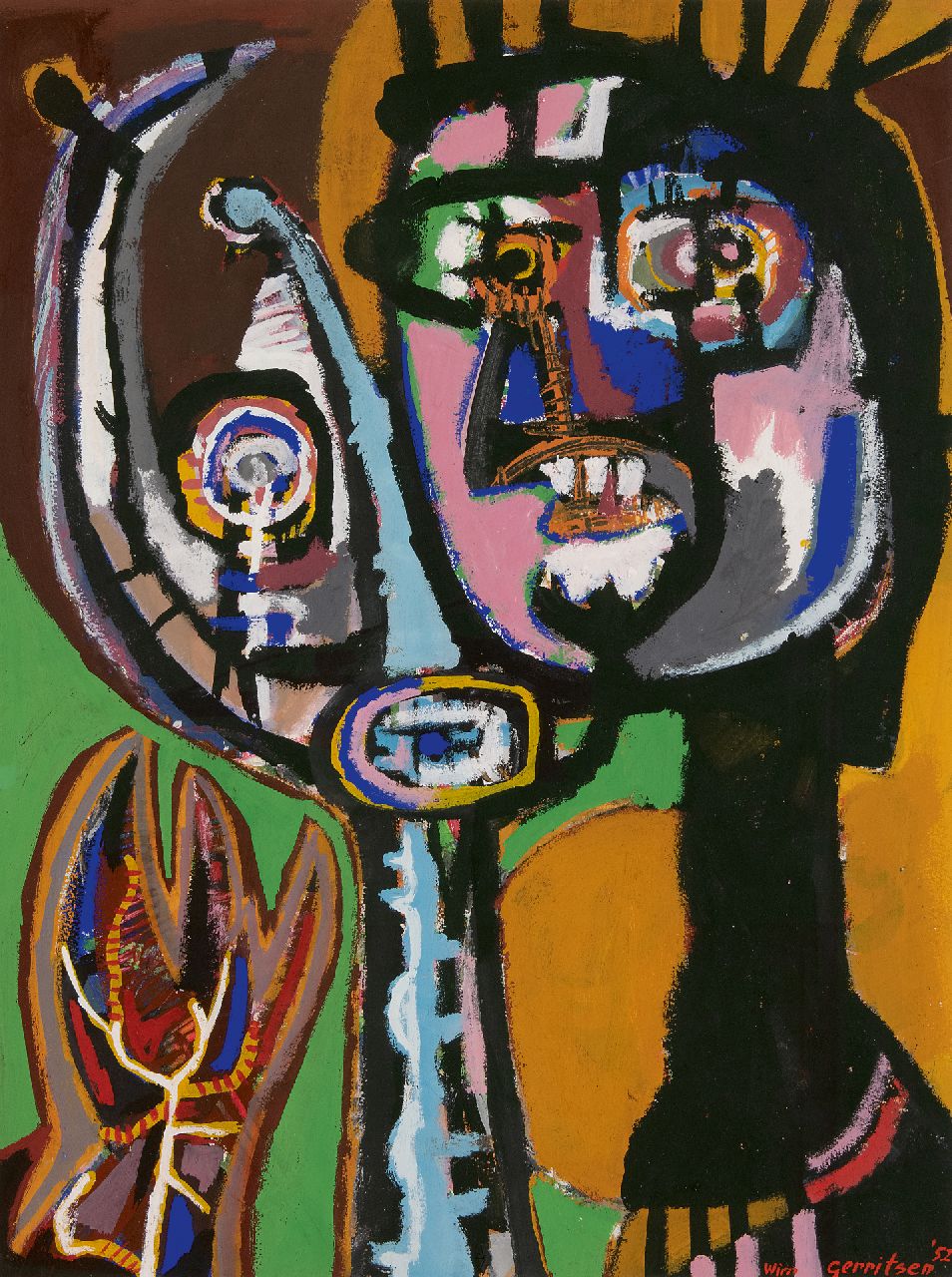 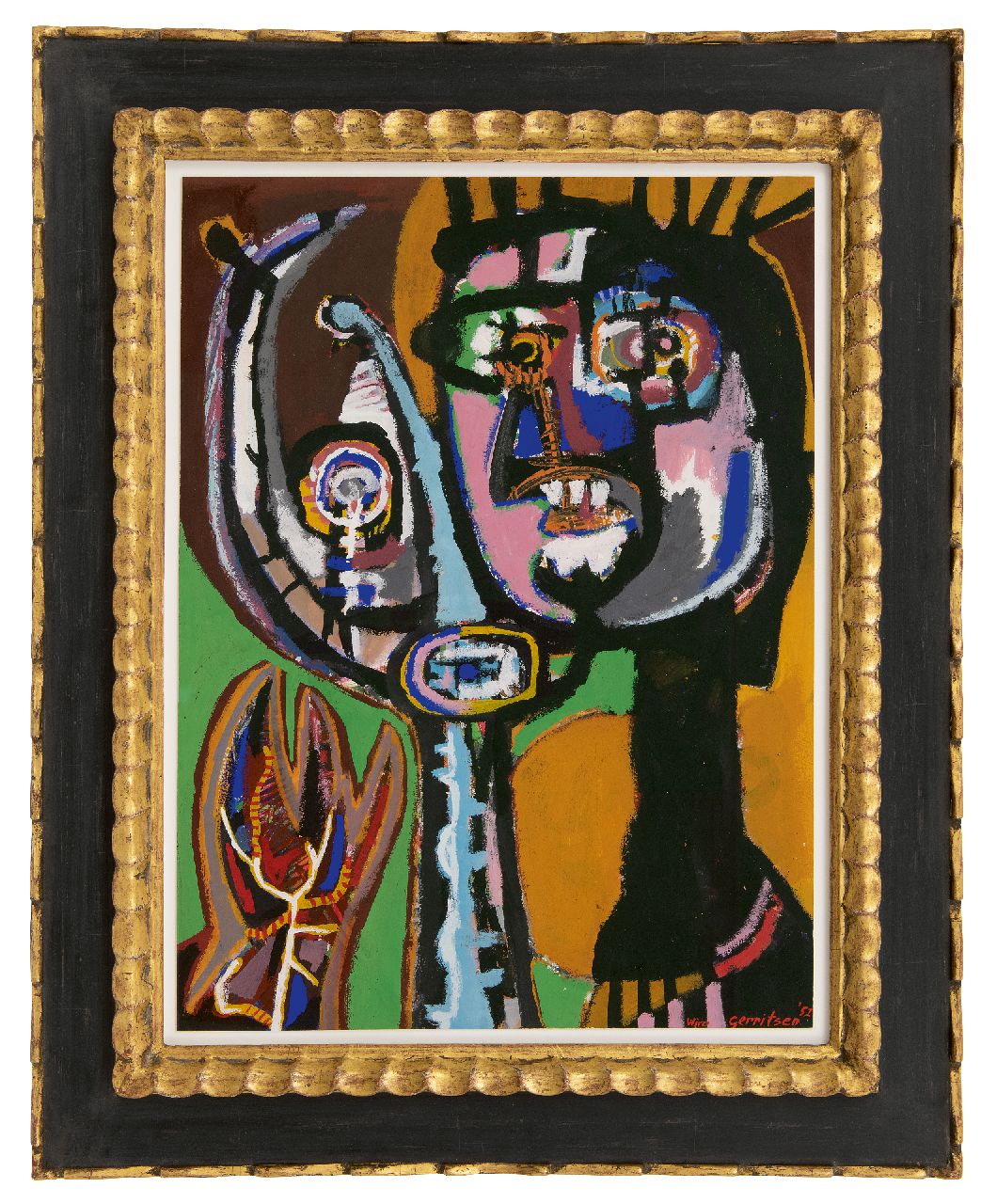 The Arnhem painter Wim Gerritsen belongs to the generation of post-war artists who engaged in expressive shapes and colors with the representation of the subconscious. His abstract gouaches and drawings - sometimes full of wild movement - have been described as Destruction Art (absurdism). Like many other painters, Gerritsen was influenced in the 1950s by the form language (fantastic bird-human-child figures) of the Cobra painters. From there he developed his own form language. Besides oil paintings and gouaches, Wim Gerritsen also made a number of murals.

Also for sale from Gerritsen W. 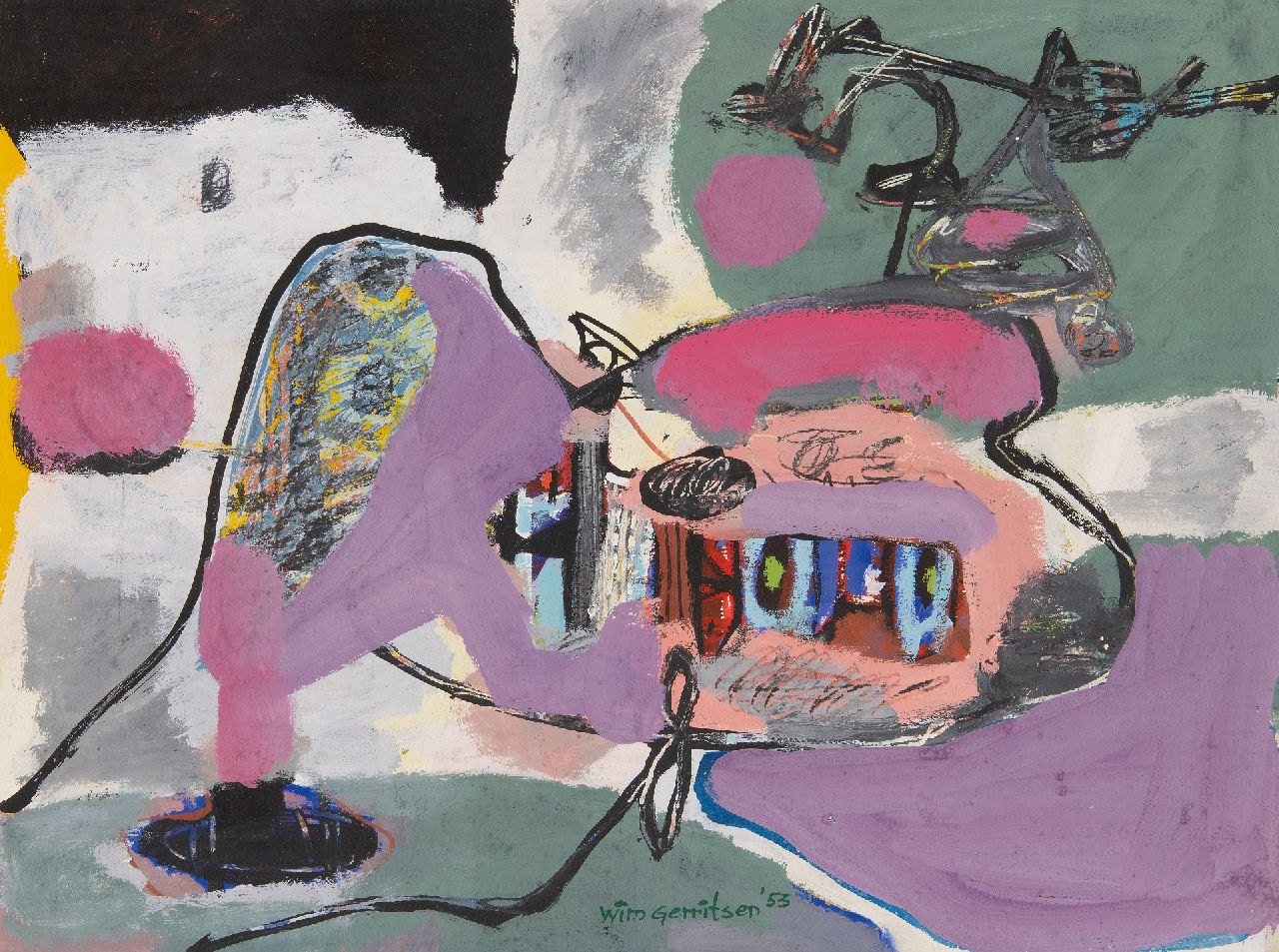