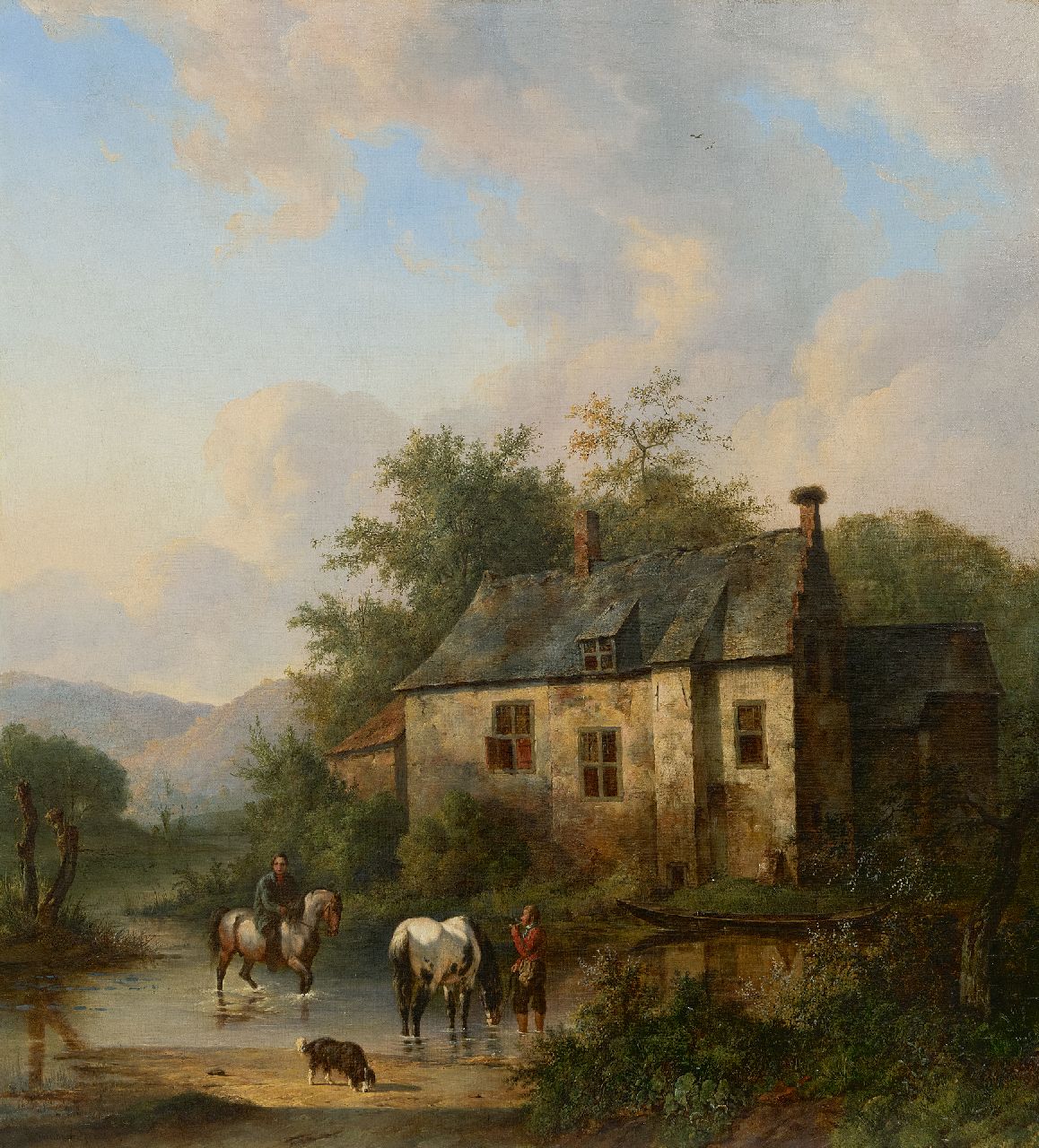 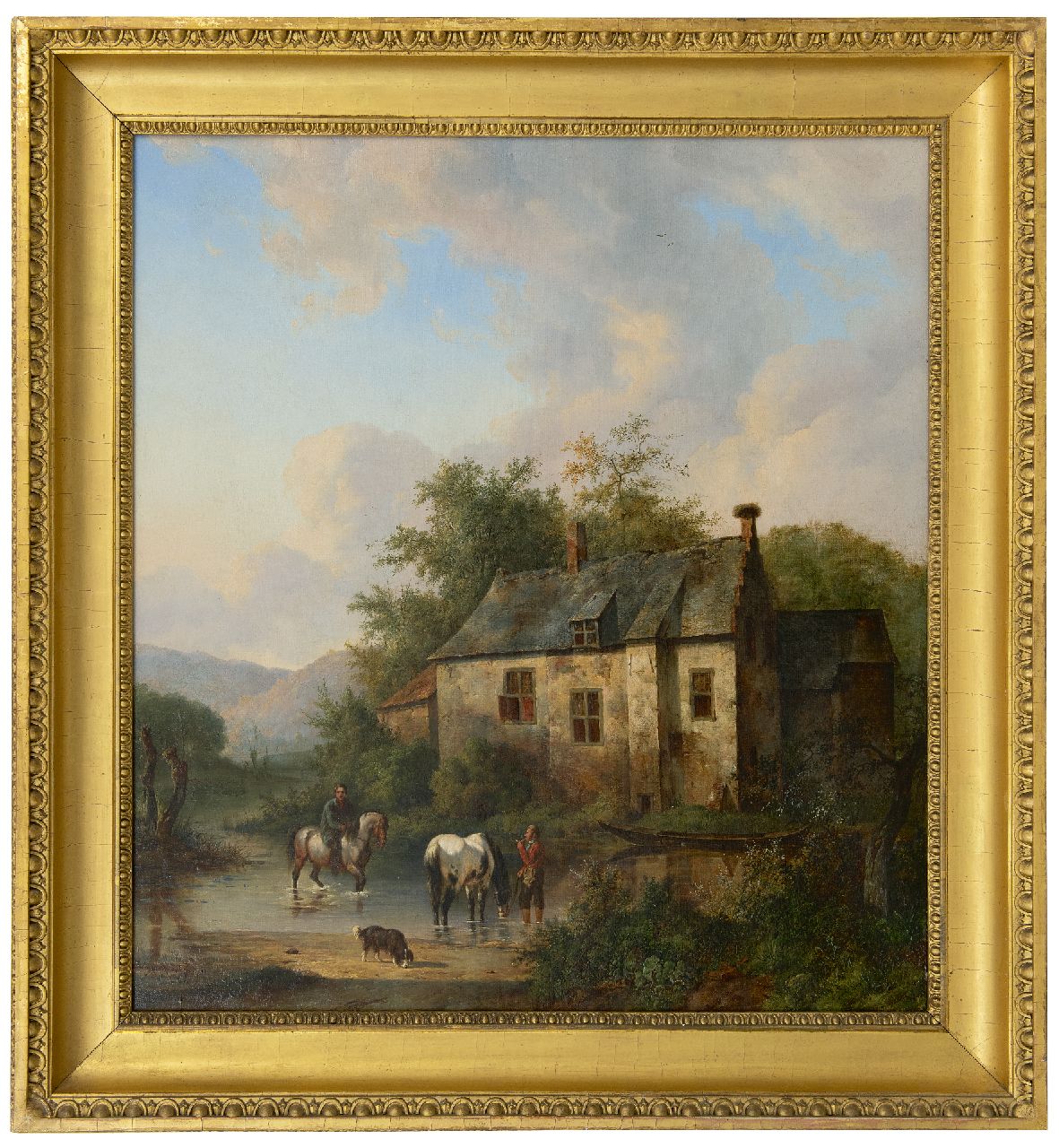 In his time Wouterus Verschuur was an acclaimed painter of horses. From his teacher, the livestock artist P.G. van Os, he learned to capture their physique and movement to perfection. As a true-born romanticist he was also interested in their character, thereby painting powerful carthorses in their stable, thoroughbred saddled horses during an afternoon ride or harnessed horses in action. Verschuur was also a great painter of dogs and these appear in most of his paintings. The painter lived in Haarlem between 1858 and 1868, where he taught Anton Mauve. He also instructed his son Wouterus Jr, who like his father specialized in painting horses. In this painting we see Stapelen Castle on the right, situated near Boxtel in North Brabant. It is therefore also called 'House in Boxtel'. The first mention dates from around 1300. The name is probably derived from 'Stapel', which meant 'upper place'. The house has a rich history, both William of Orange and Louis XIV (the Sun King) spent the night here and it has been in the hands of various noble families. The castle has undergone many changes, most notably in 1857 when a neo-Gothic facade and the battlements were added. In 1915 the castle was sold to the Assumptionist Fathers, a congregation within the Catholic Church.

Also for sale from Verschuur W. 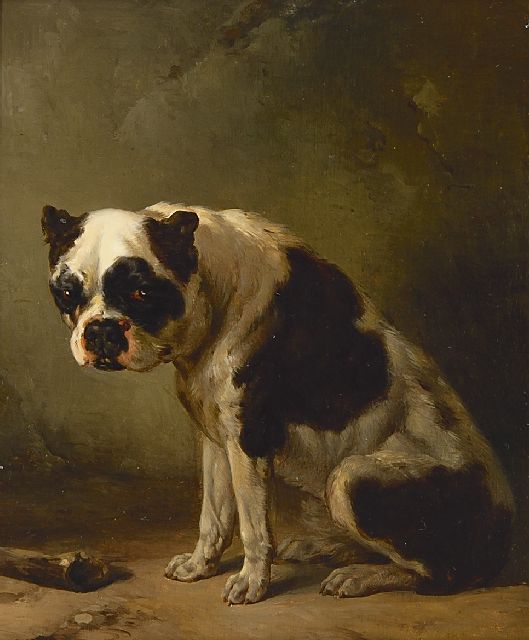 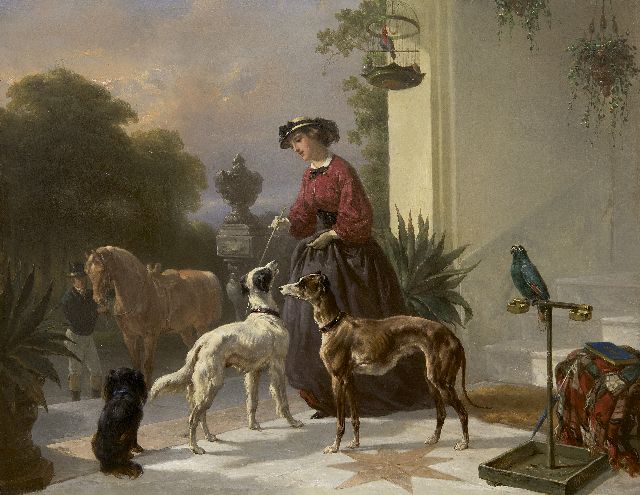 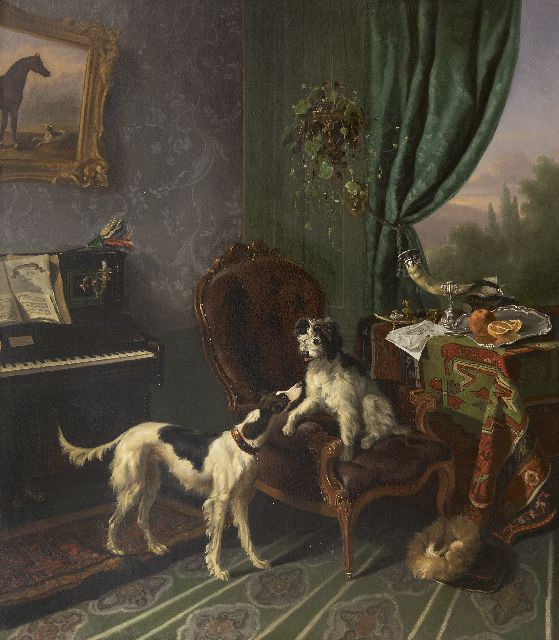 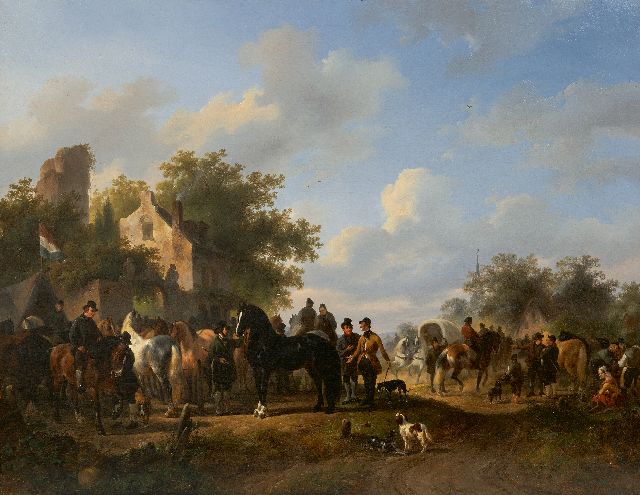 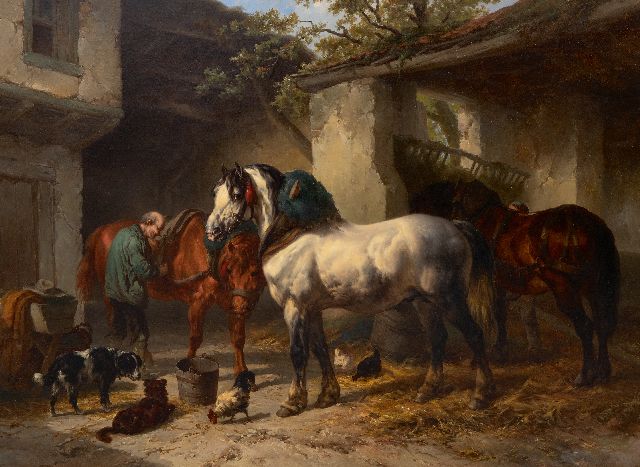 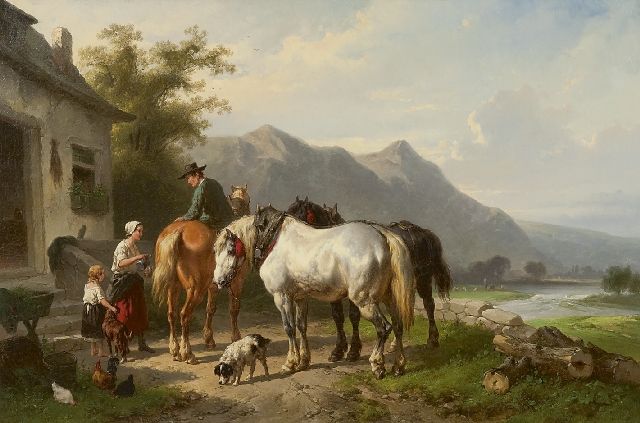