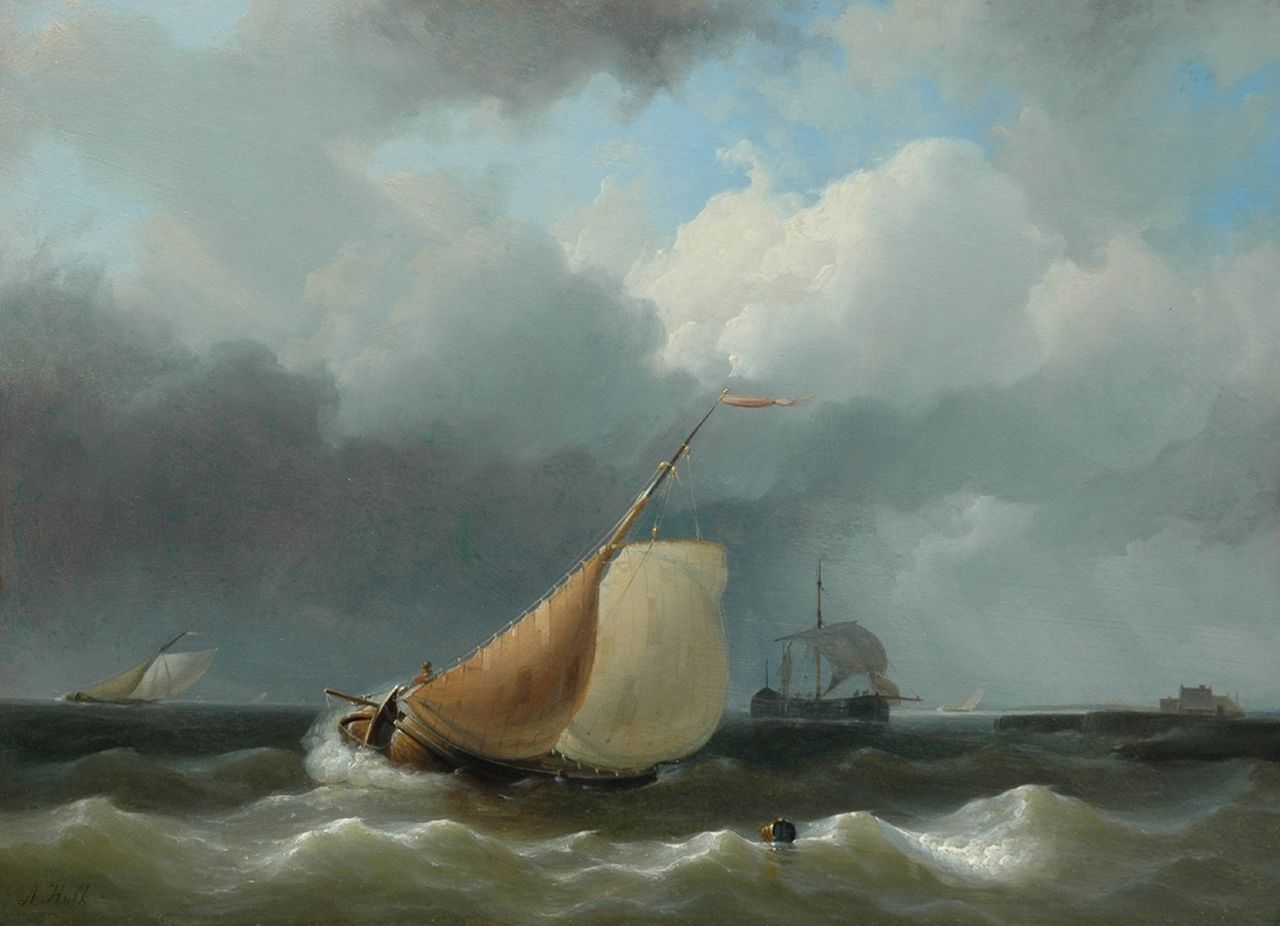 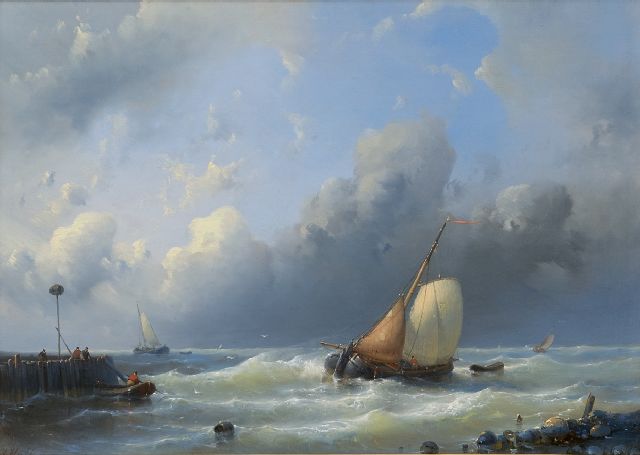 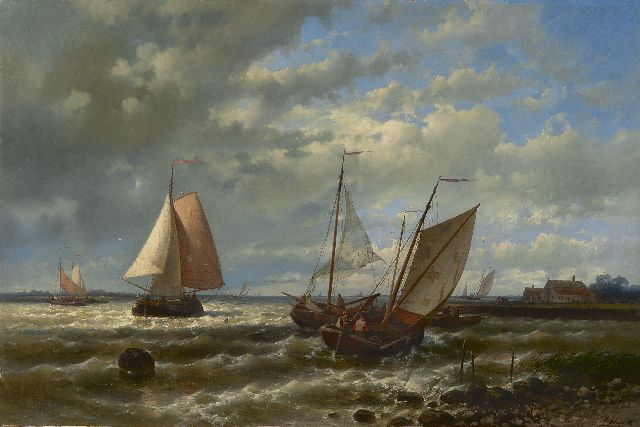 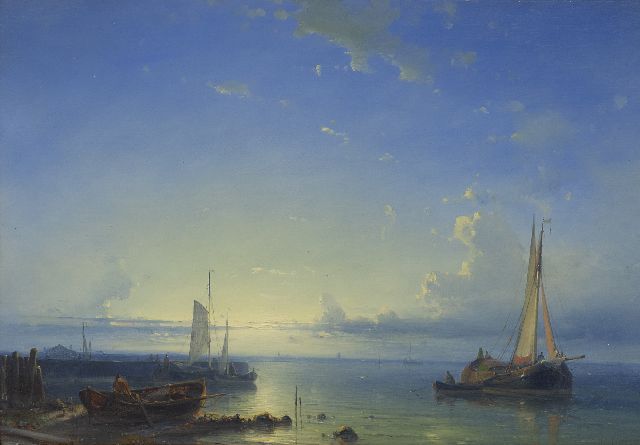 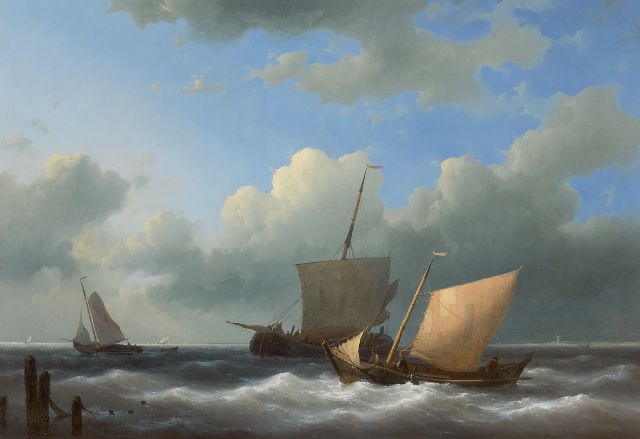 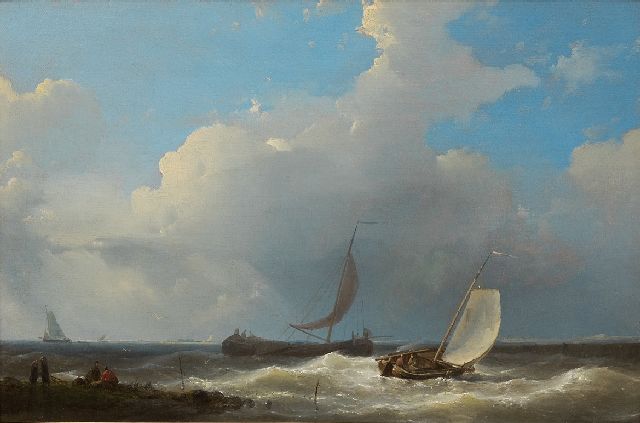 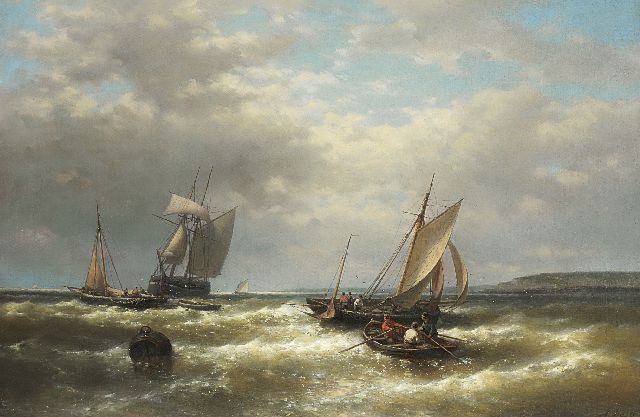 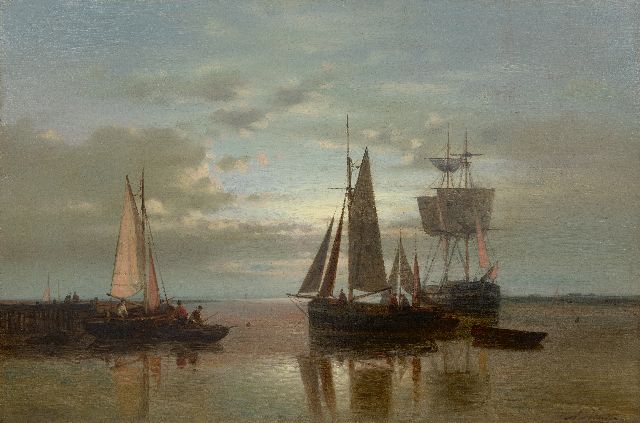 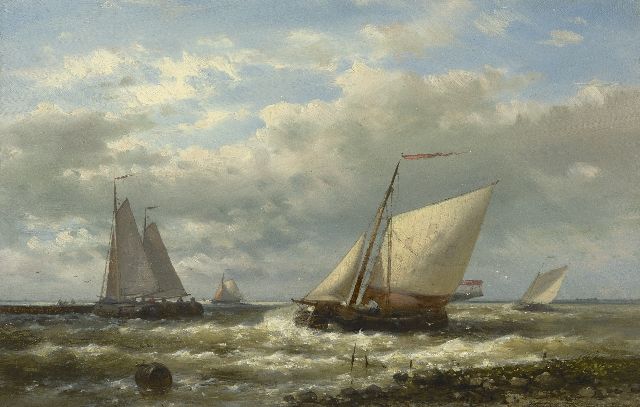 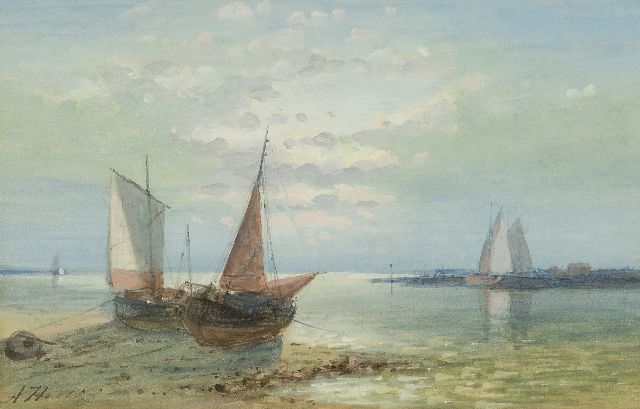 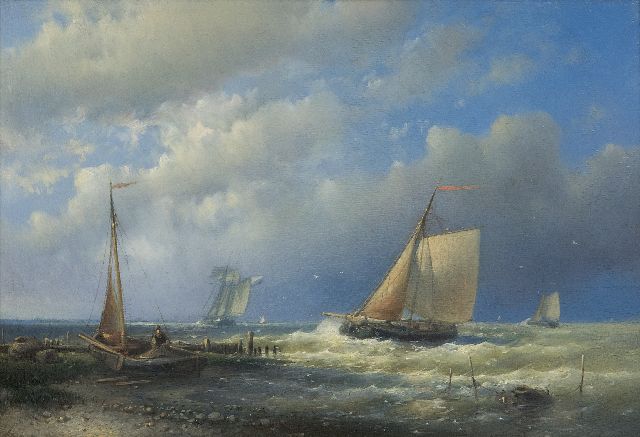 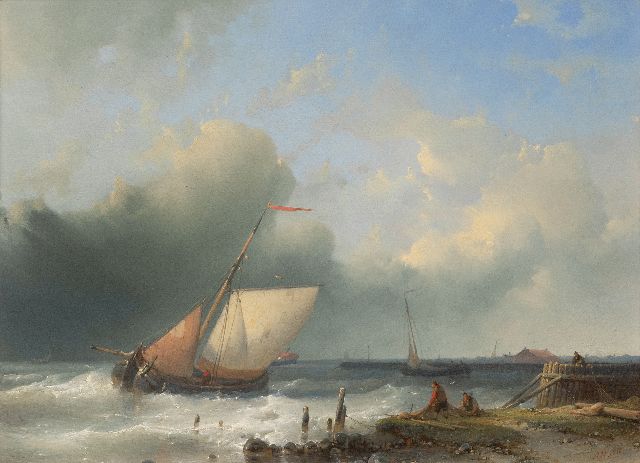 Ships sailing off the coast