Anton Mauve artwork • painting • previously for sale A shepherd and flock on the heath, Laren 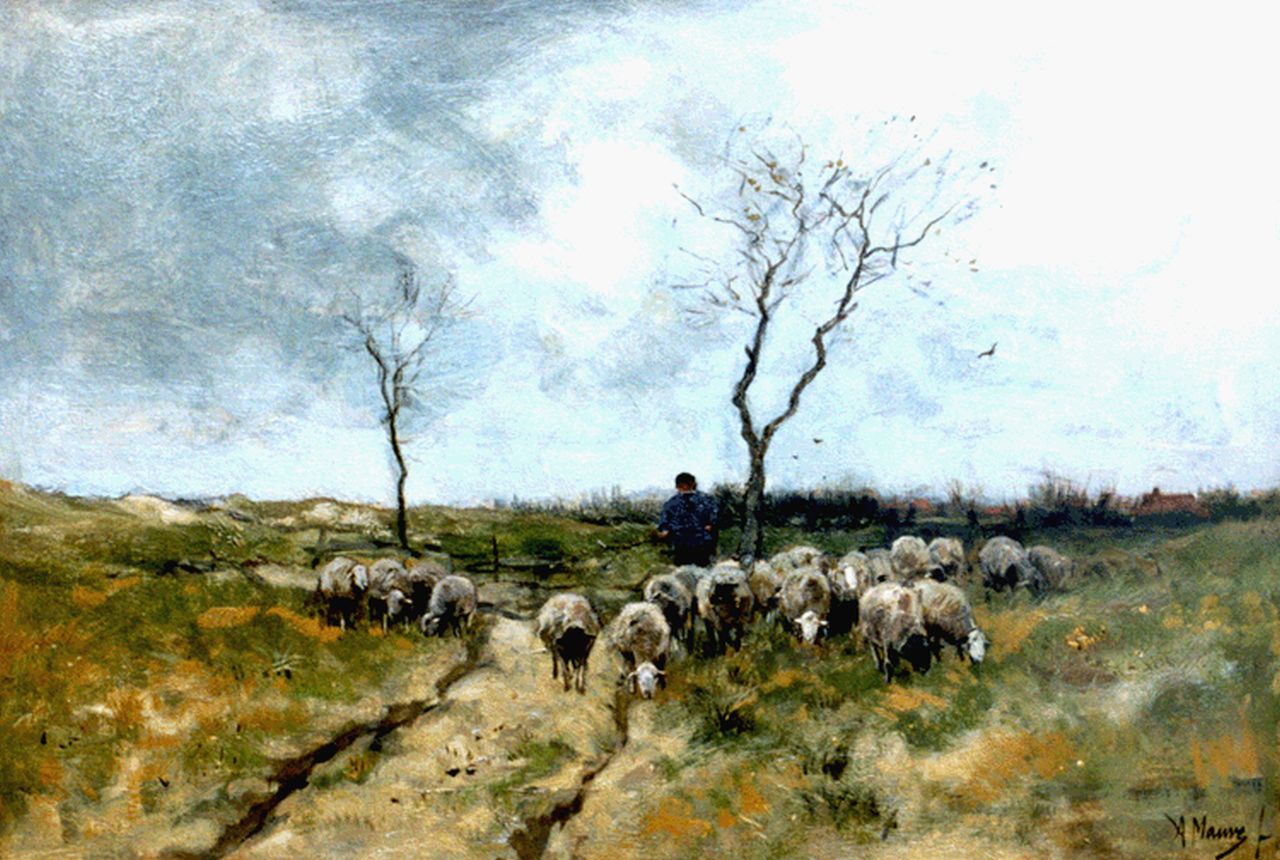