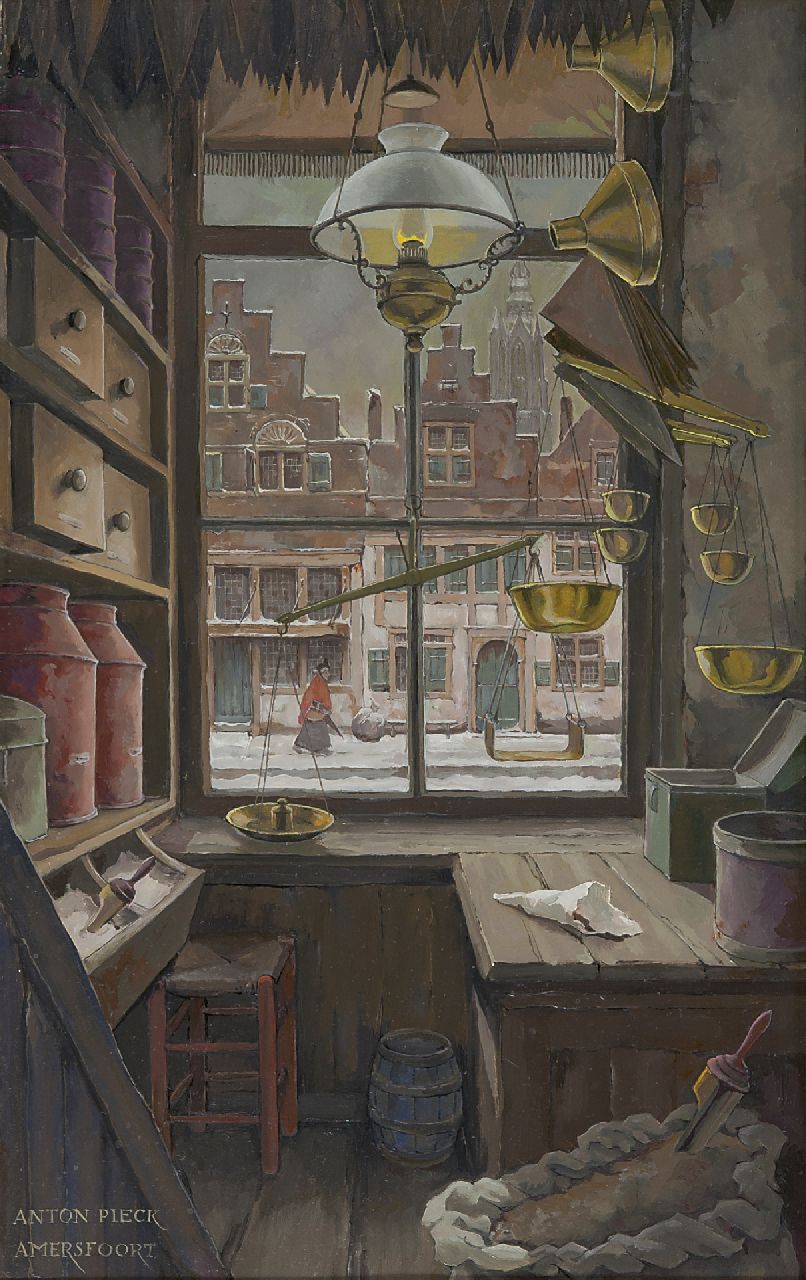 Anton Pieck is perhaps the most famous draftsman in the Netherlands. He received his first drawing lessons from J.B. Mulders, painter and drawing teacher at the Evening School in Den Helder. He later studied at the Academie van Beeldende Kunsten in The Hague and the Rijksacademie in Amsterdam. Pieck painted and drew - often in a romantic-realistic style - many different subjects, including city and village views, old neighborhoods, travel sketches, still lifes, plants and animals and fairy tale scenes. The latter topic was widely used for book illustrations and calendars. He has collaborated with Theo Goedvriend and Henri van Daalhoff.