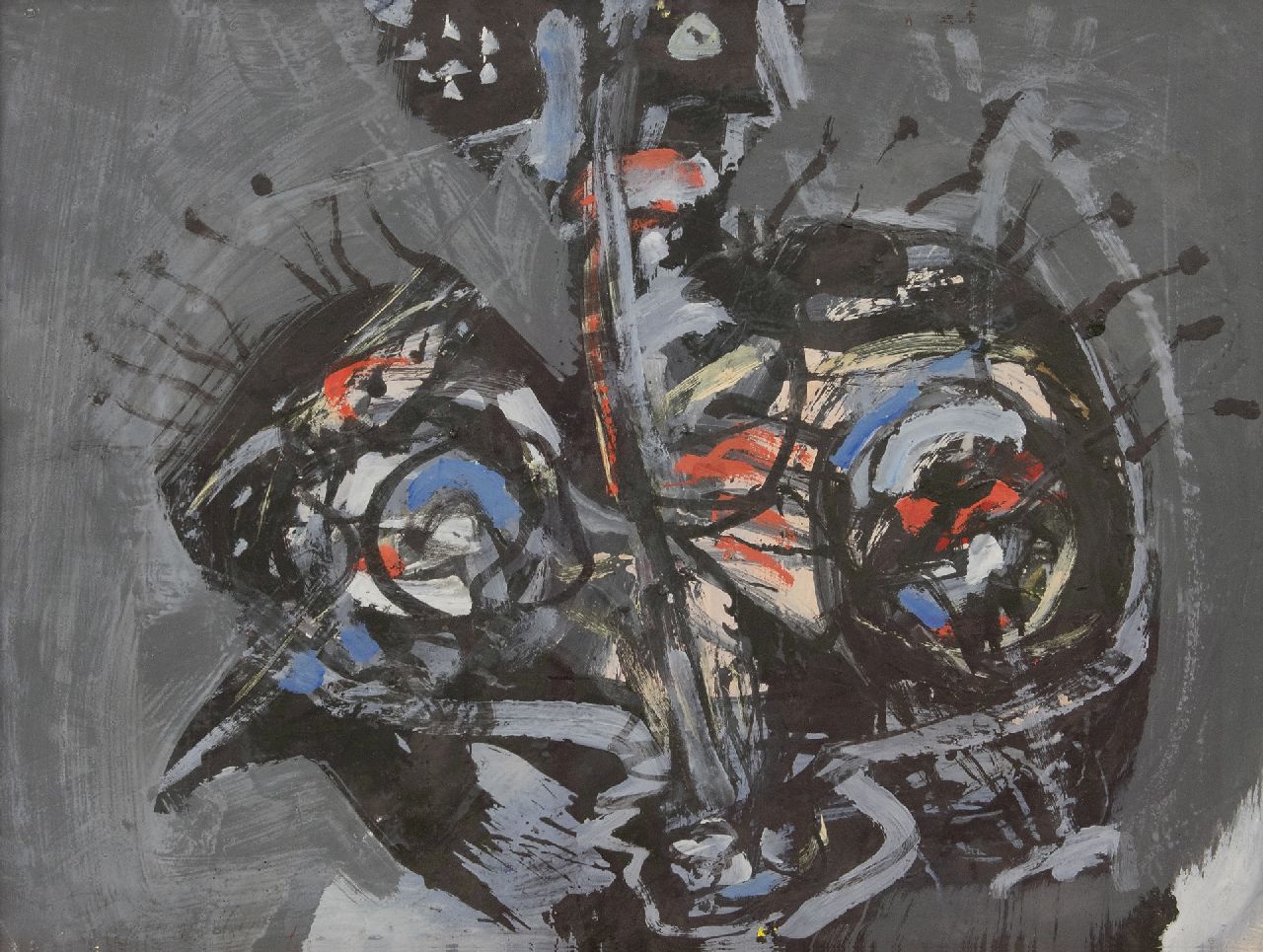 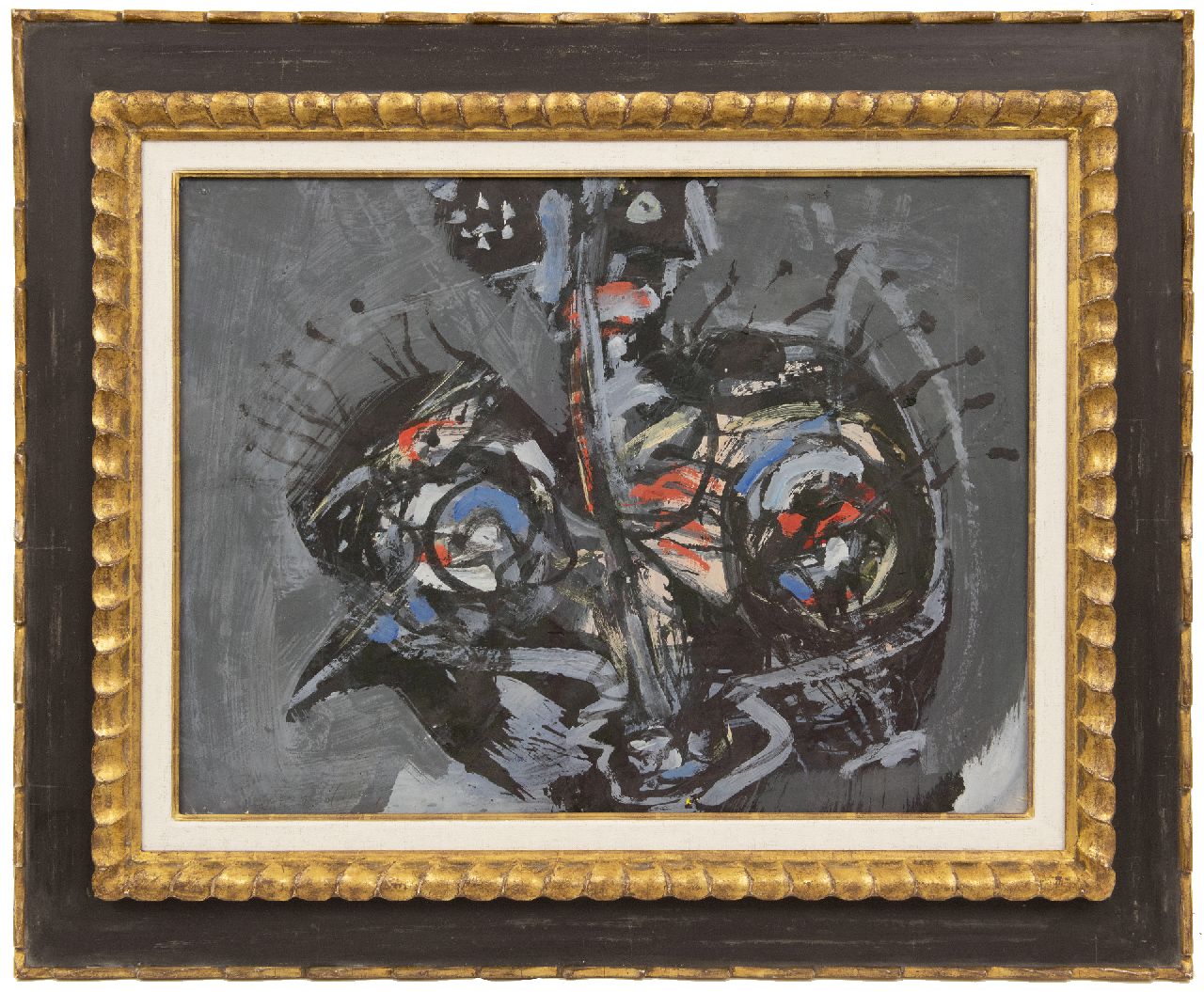 Anton Rooskens had been working as an artist for some time when, in 1945, he made a radical turnabout and began working in a free, unfettered idiom. This led to him to joining the Netherlands Experimental Group and then the Cobra artists. Rooskens drew inspiration for his abstract expressionist pictures from ‘primitive’ African and pre-Columbian art, which had been discovered by many artists after the war. Thus, idols, masks, shields and typical African ornament can be found in nearly all his works of the forties and fifties, which are also dominated by a lively interplay of lines and liberal use of black. After 1965 the compositions become increasingly colorful. The shapes often have black outlines, and bird motifs in red, yellow and blue are used extensively.

Flowers in a vase