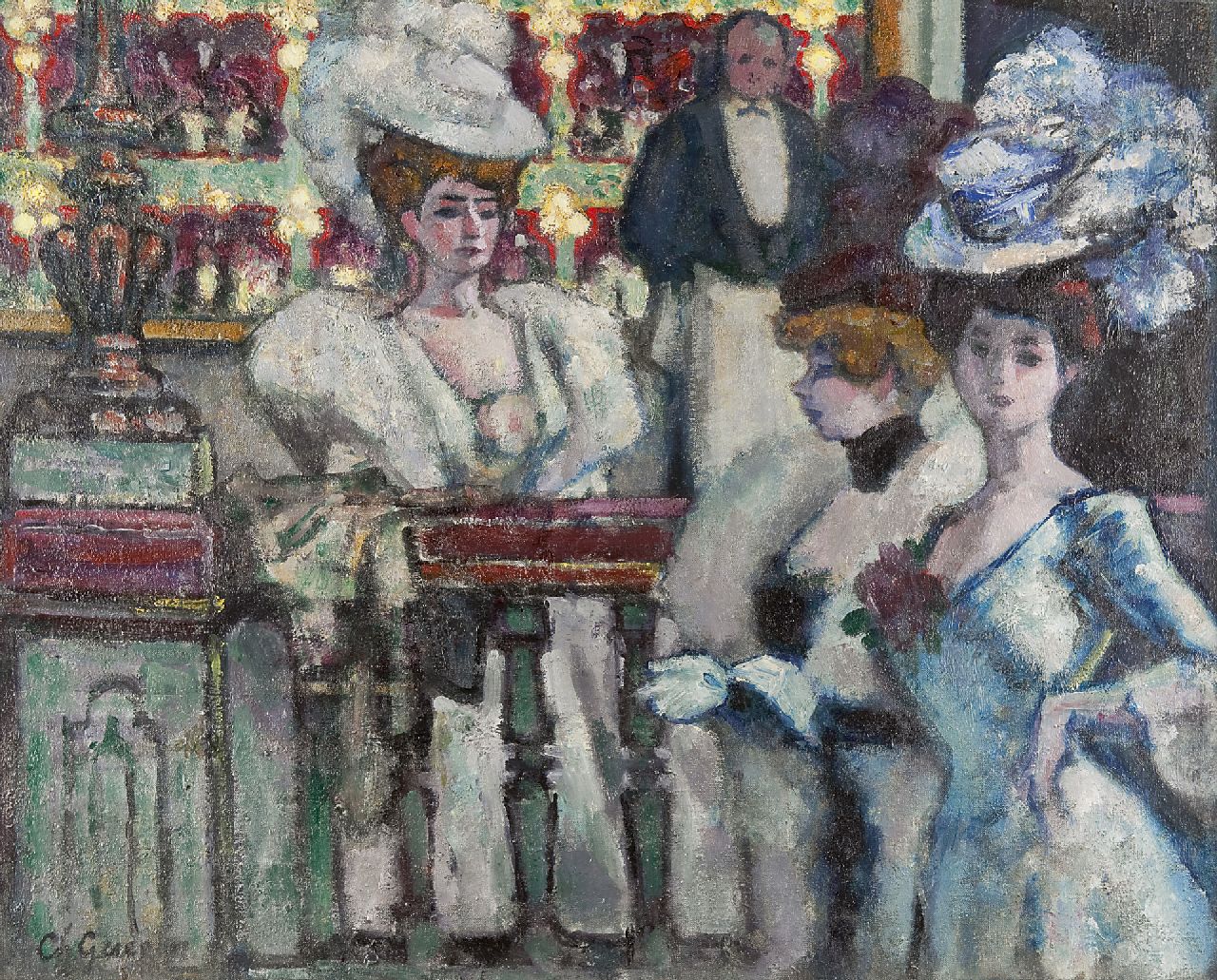 Charles Guérin trained with the famous French symbolist Gustave Moreau. He made his début at the Salon de la Société National des Beaux-Arts in 1897. He exhibited chiefly in Galerie Druet in Paris, but also in Munich, Brussels, Amsterdam and Rome. In 1923 he was one of the founders of the Salon des Tuileries. Guérin admired the work of the Impressionists Monet and Renoir, but it was the Post-Impressionist Cézanne whose work most impressed the fervent opponent of academicism. His paintings are distinguished by the vibrant use of colour and brush technique that has been described as ‘frisky’: a palette bursting with bold, sometimes unmixed colours, applied in short strokes and pointilles. His sensual portraits of women and nudes are especially cherished. Guérin is often characterised as a ‘peintre littéraire’, which refers to the influence of the work of contemporary French writers and poets on his painting. He illustrated their work, too, and also designed theatre sets and costumes.