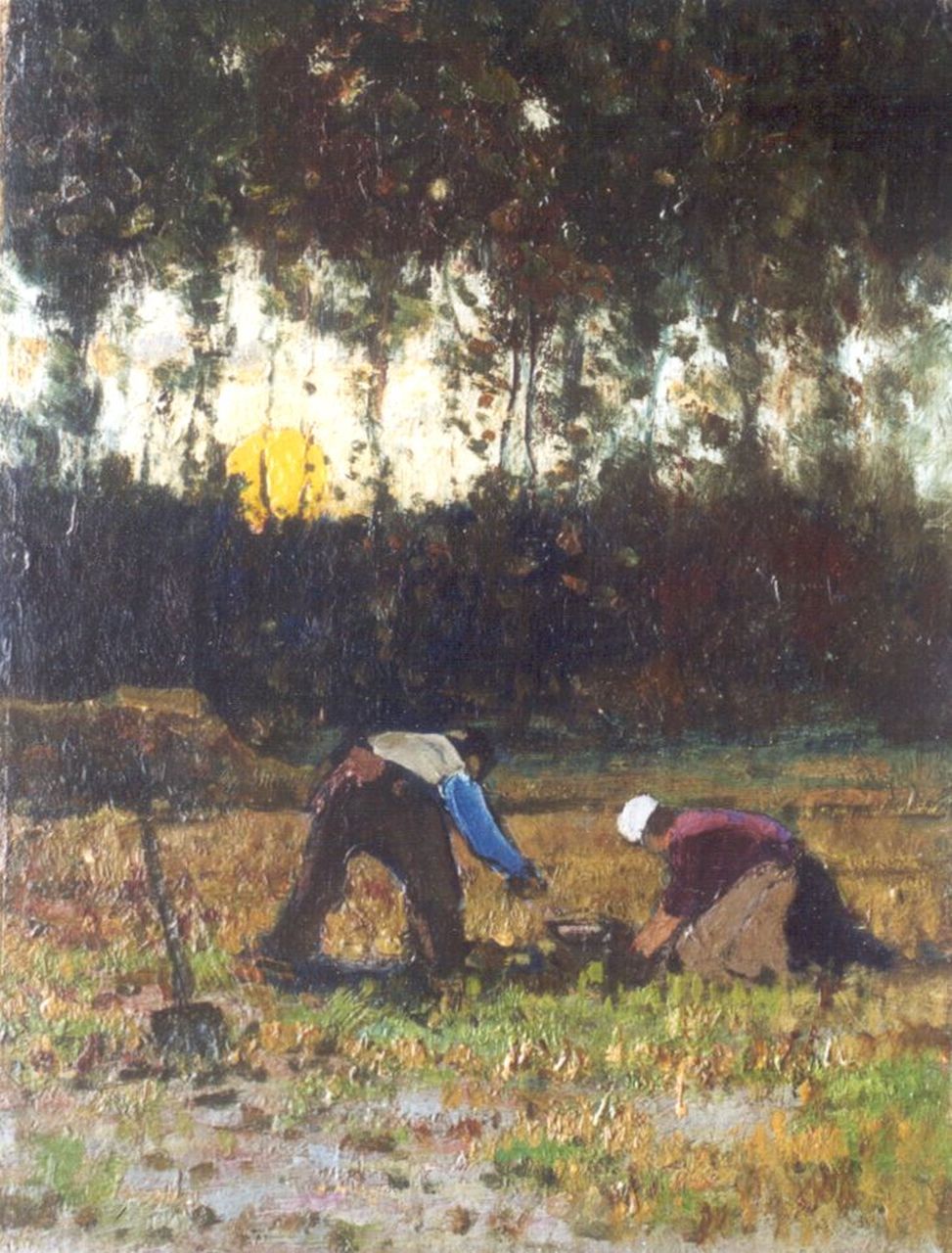 A landscape at sunrise
oil on canvas laid down on painter's board 30.6 x 24.0 cm

A landscape at sunrise
oil on canvas laid down on painter's board 30.6 x 24.0 cm