Else Berg artwork • painting • previously for saleA house with sunflowers 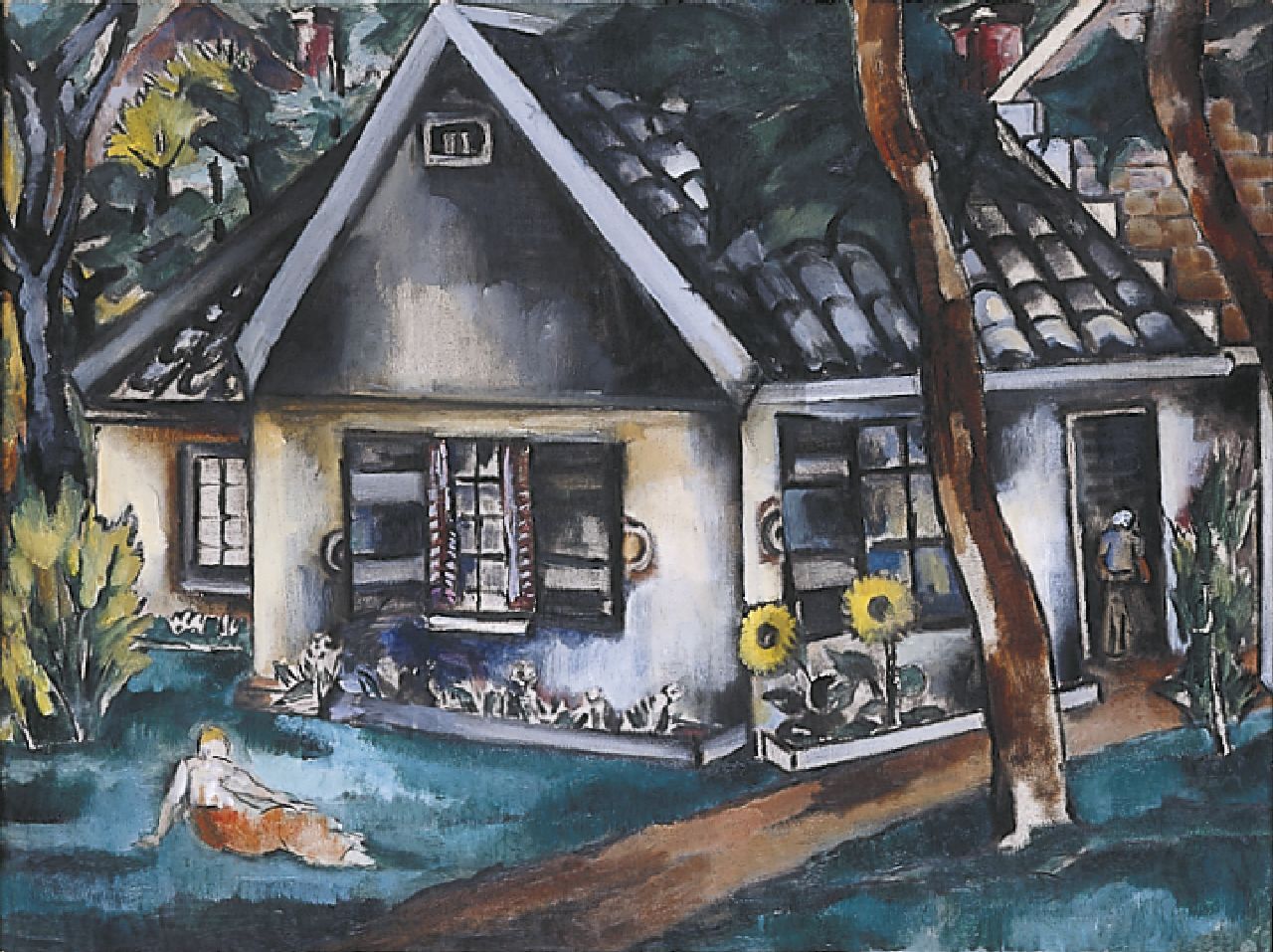