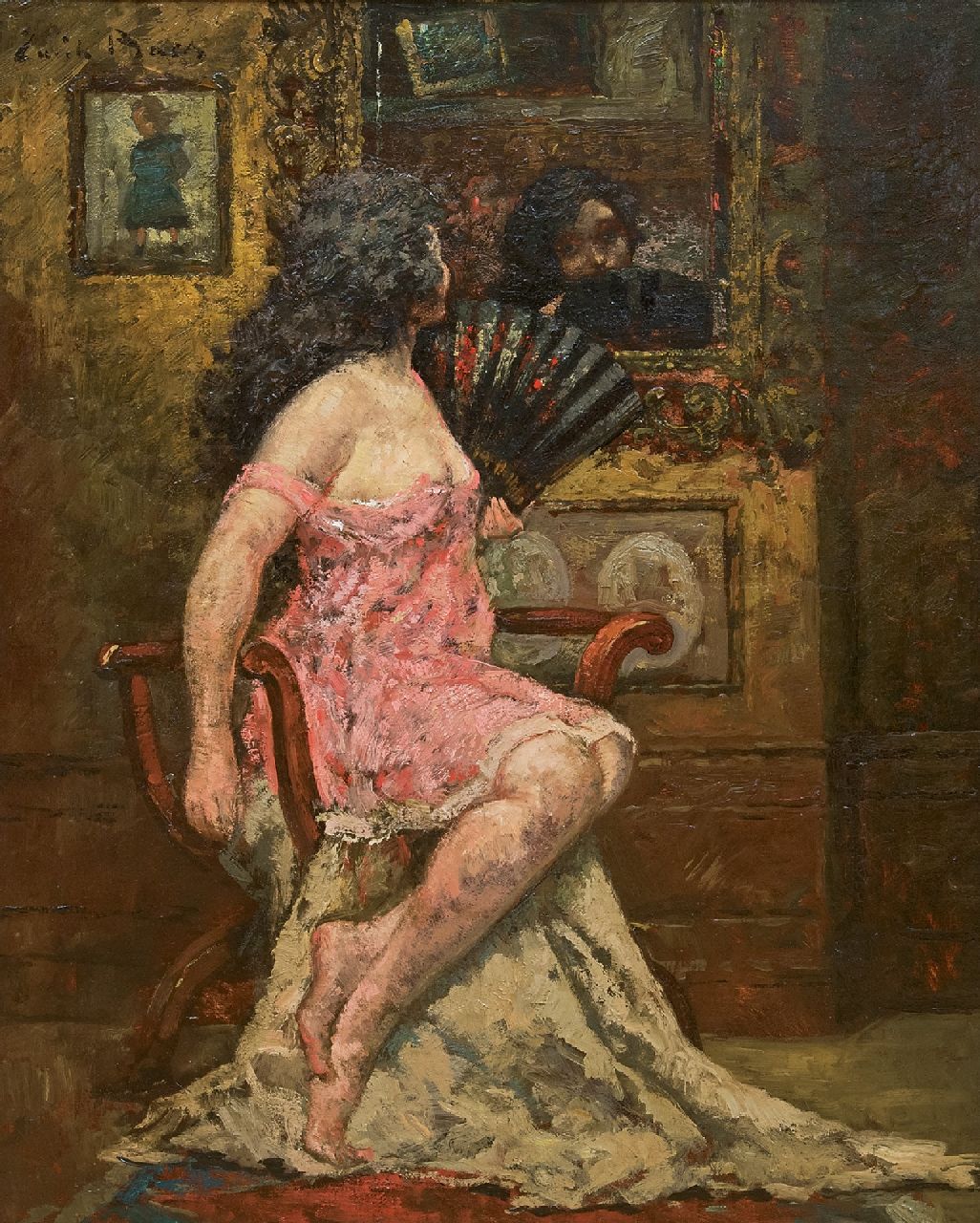 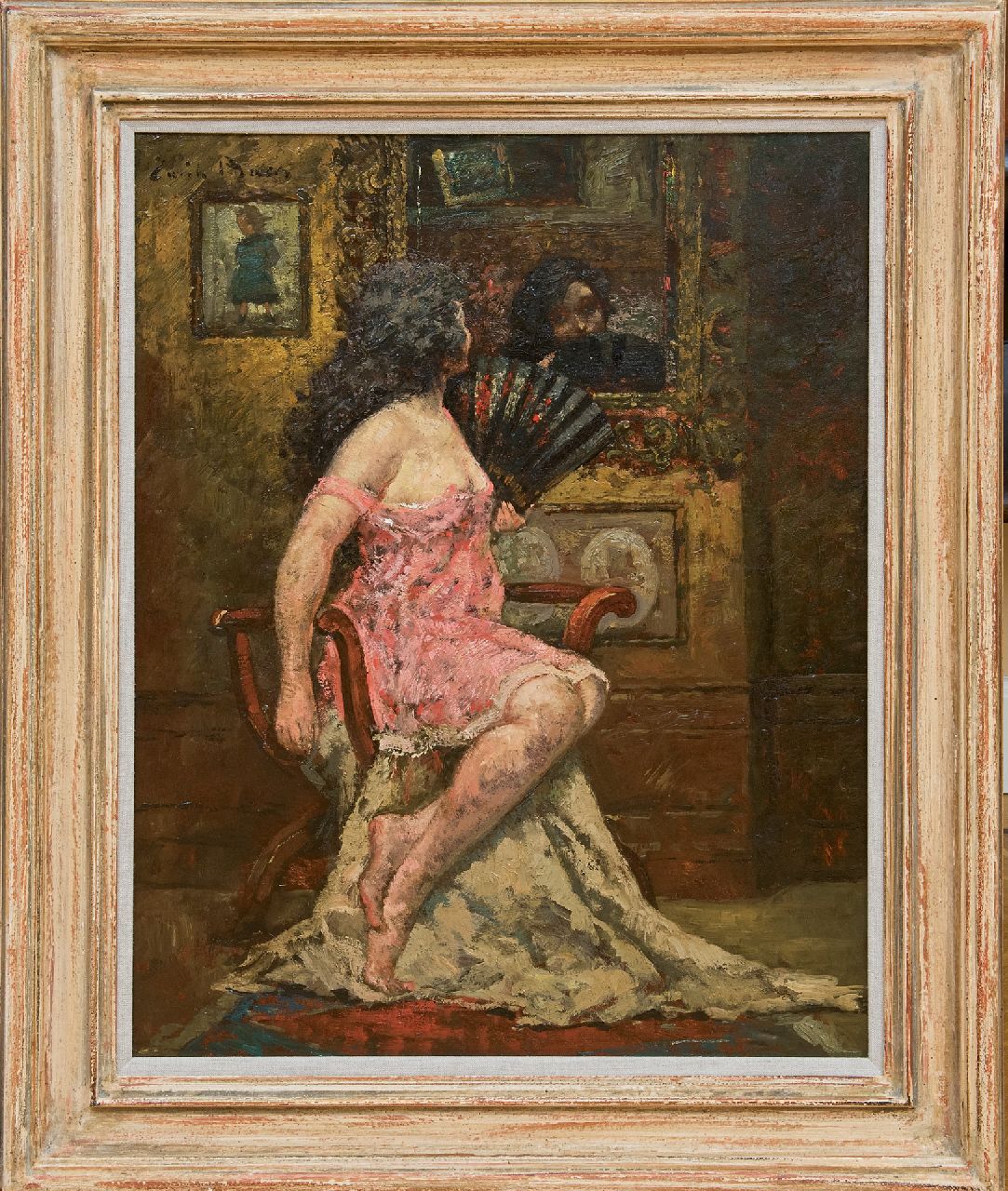 Emile Baes was born in Brussels in 1879 where he received his training at the Académie Royale des Beaux-Arts. Around 1900 he moved to Paris, where he was taught by history painter Alexandre Cabanel (1823-1889) and portraitist Léon Bonnat (1833-1922). Baes has made a name especially with his nudes. At the beginning of his career he painted in an academic style, most likely under the influence of his teachers. But soon he opted for Impressionism. From 1903, Baes exhibited at the Brussels Salon