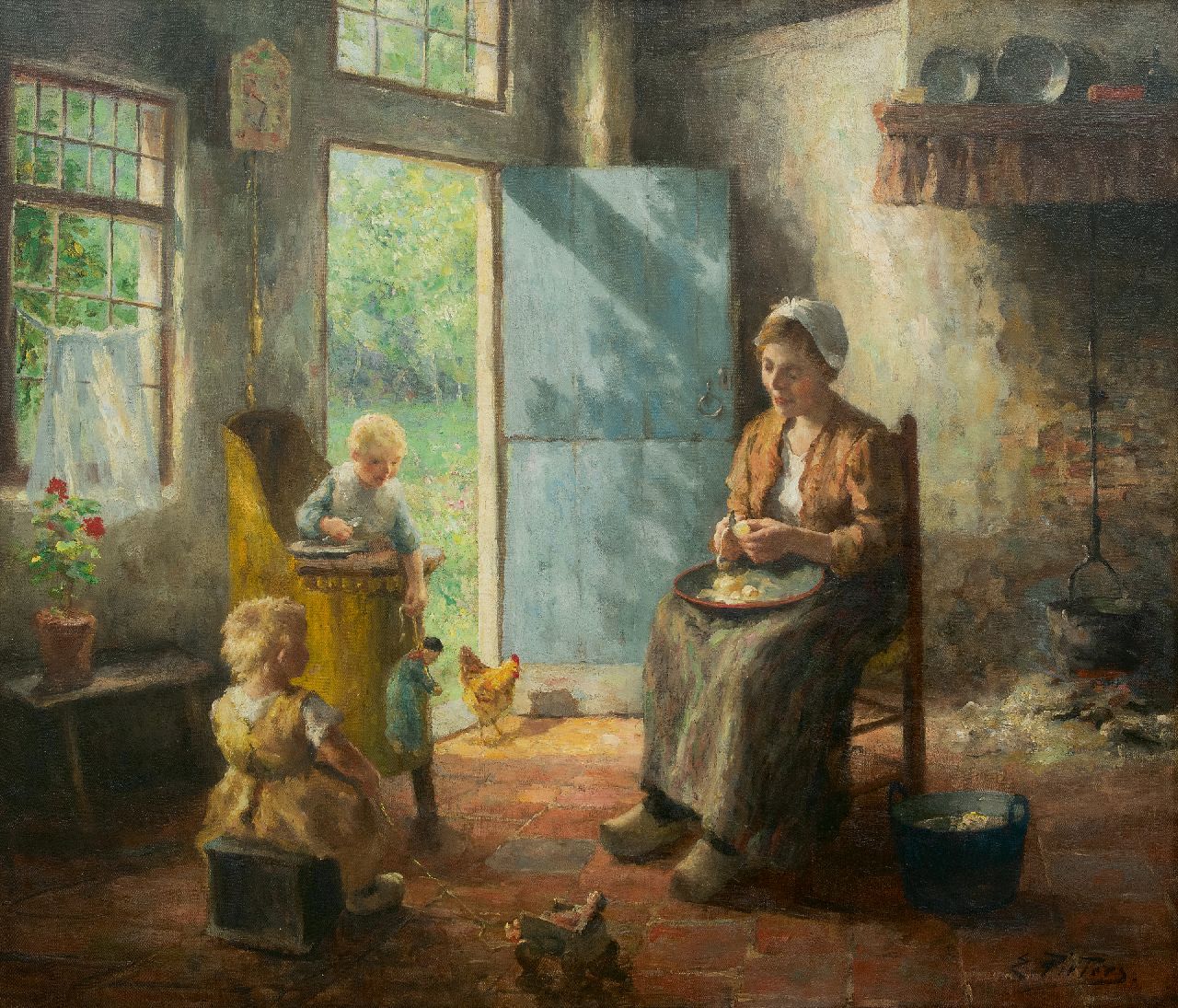 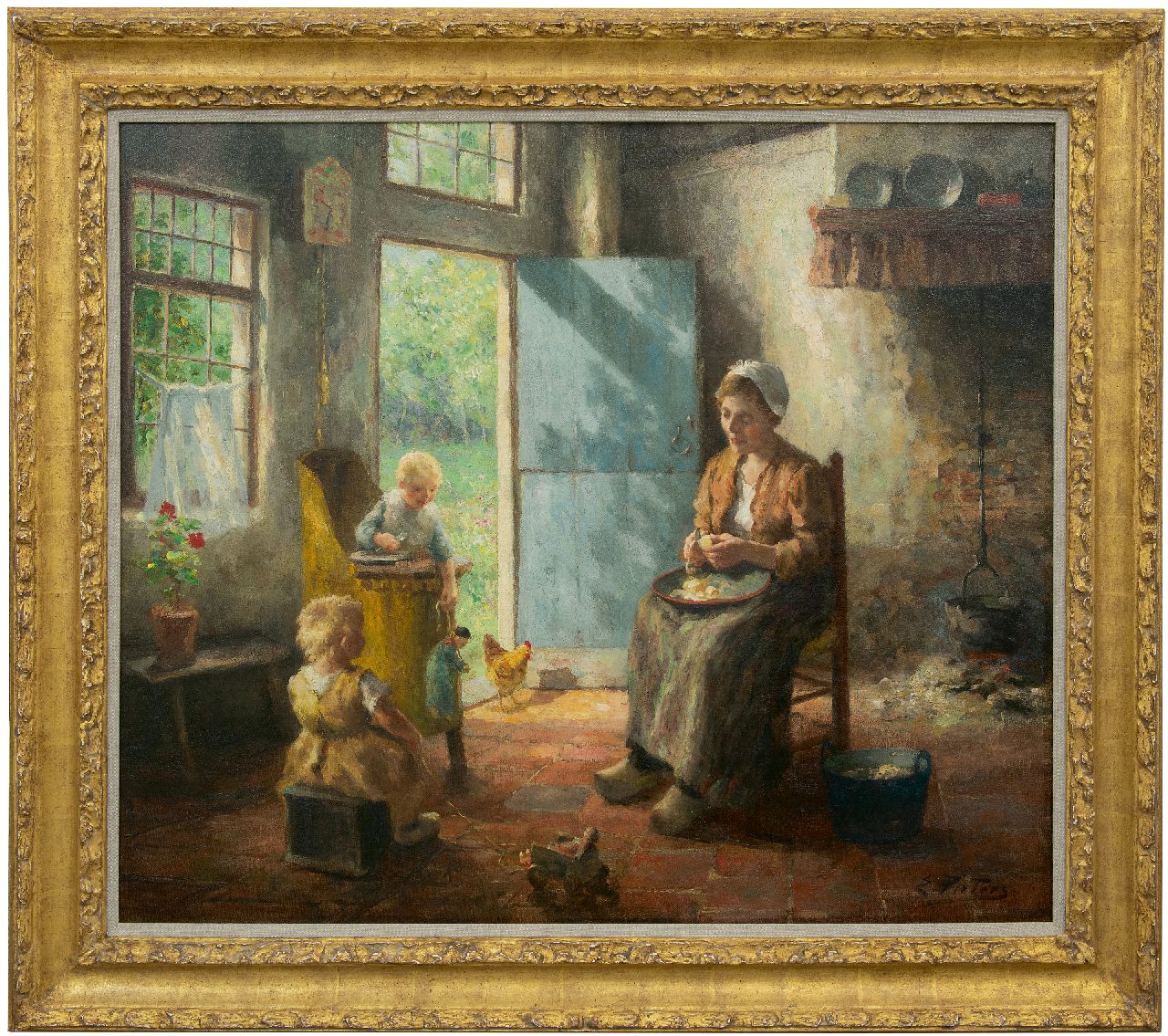 Evert Pieters, born in Amsterdam in 1856, left at the age of 23 to the Academy in Antwerp. After a stay in Belgium and Paris, he settled in Blaricum, where the Gooi peasant population inspired him to paint sunny farm interiors with mothers and children playing and gardens in bloom. His southern, colourful palette sets him apart from other Gooi painters such as Neuhuys and Kever. During this Gooi period, the Pieters family became friends with art collectors William and Anna Singer, who also bought Pieters' work. Evert Pieters was very successful with his work, especially with the Americans who visited our country. The painter also excelled in painting beach scenes with shrimp and shell fishermen in Katwijk. After 1920 he painted a number of dreamy-impressionist portraits and nudes. 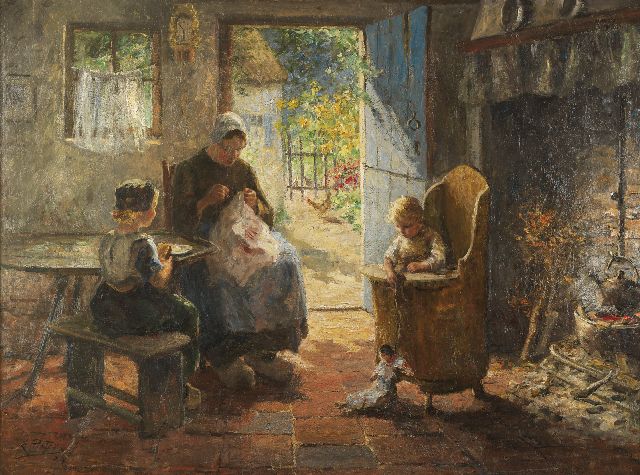 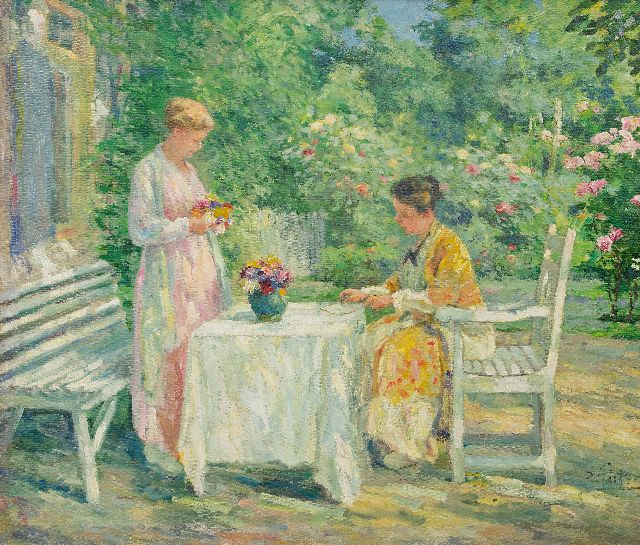 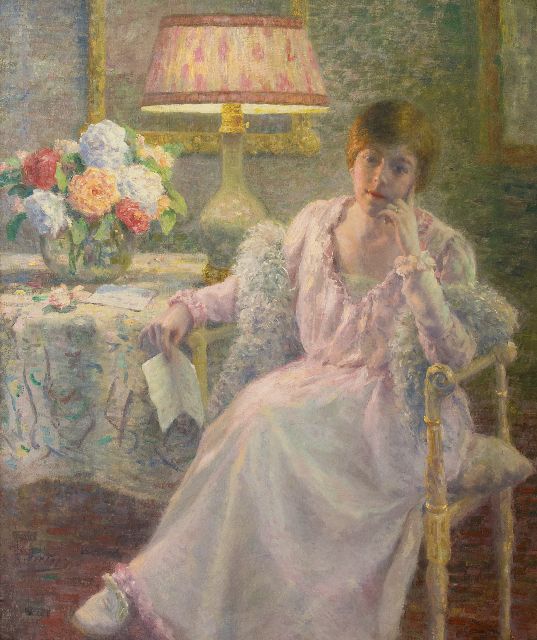 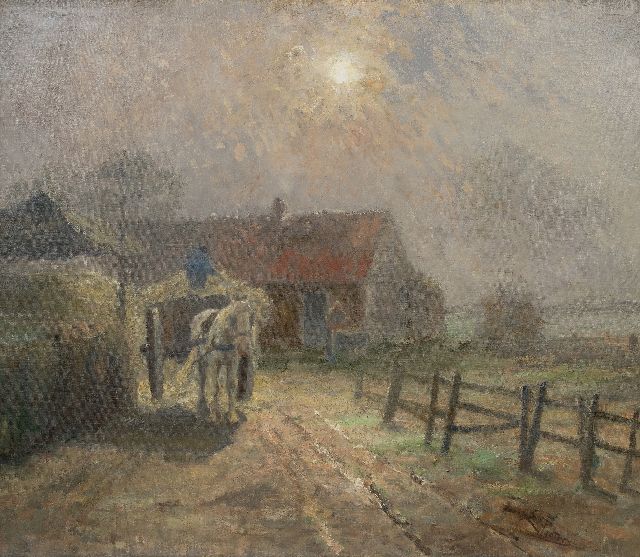 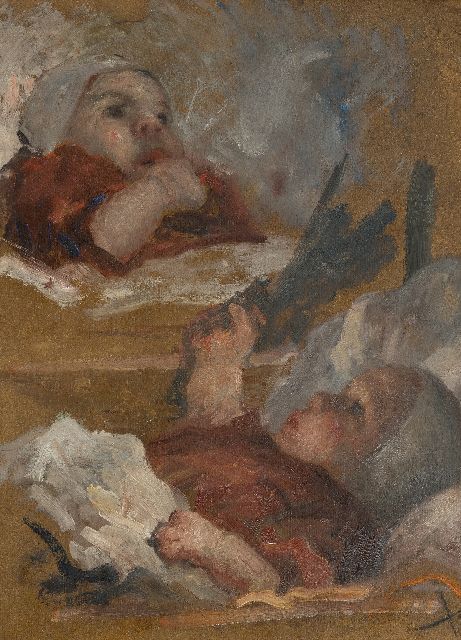