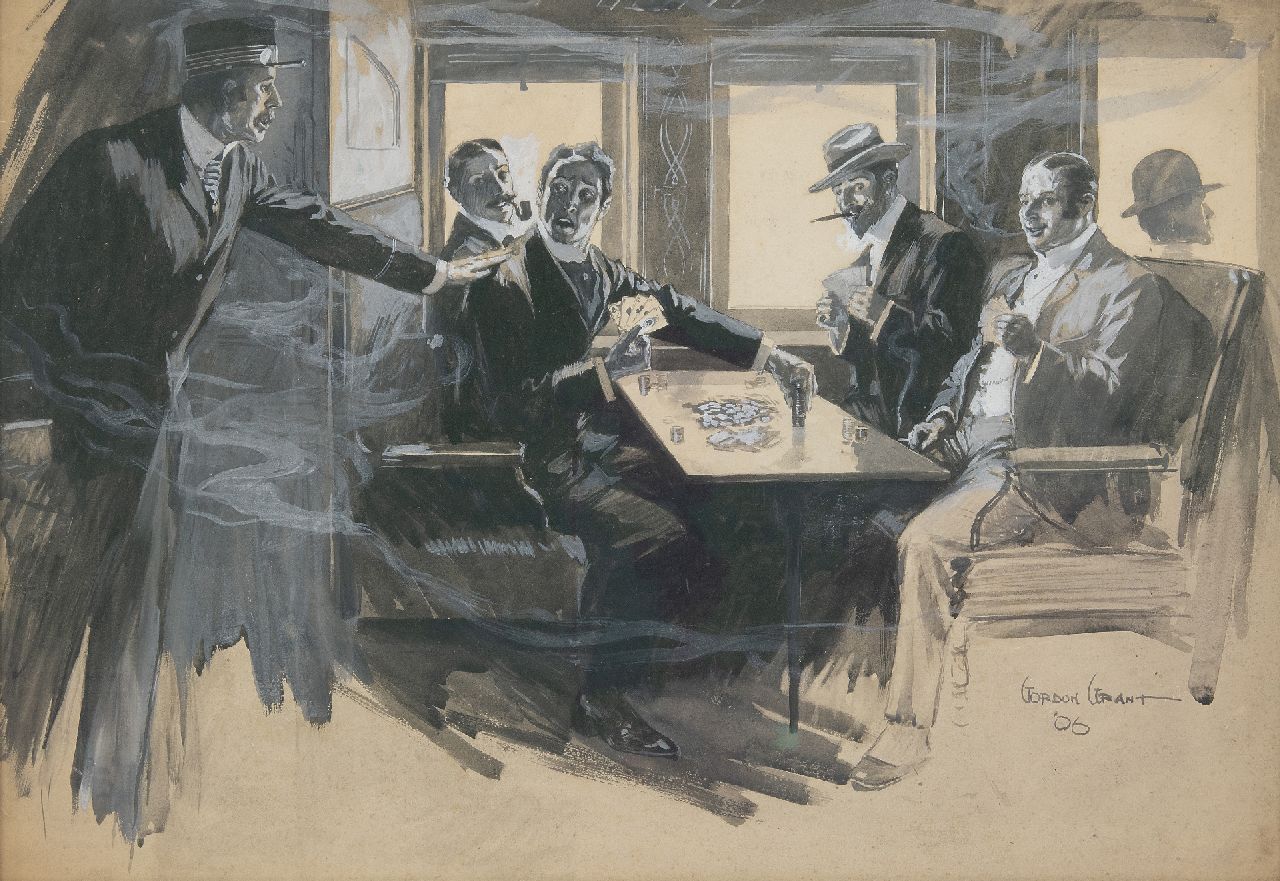 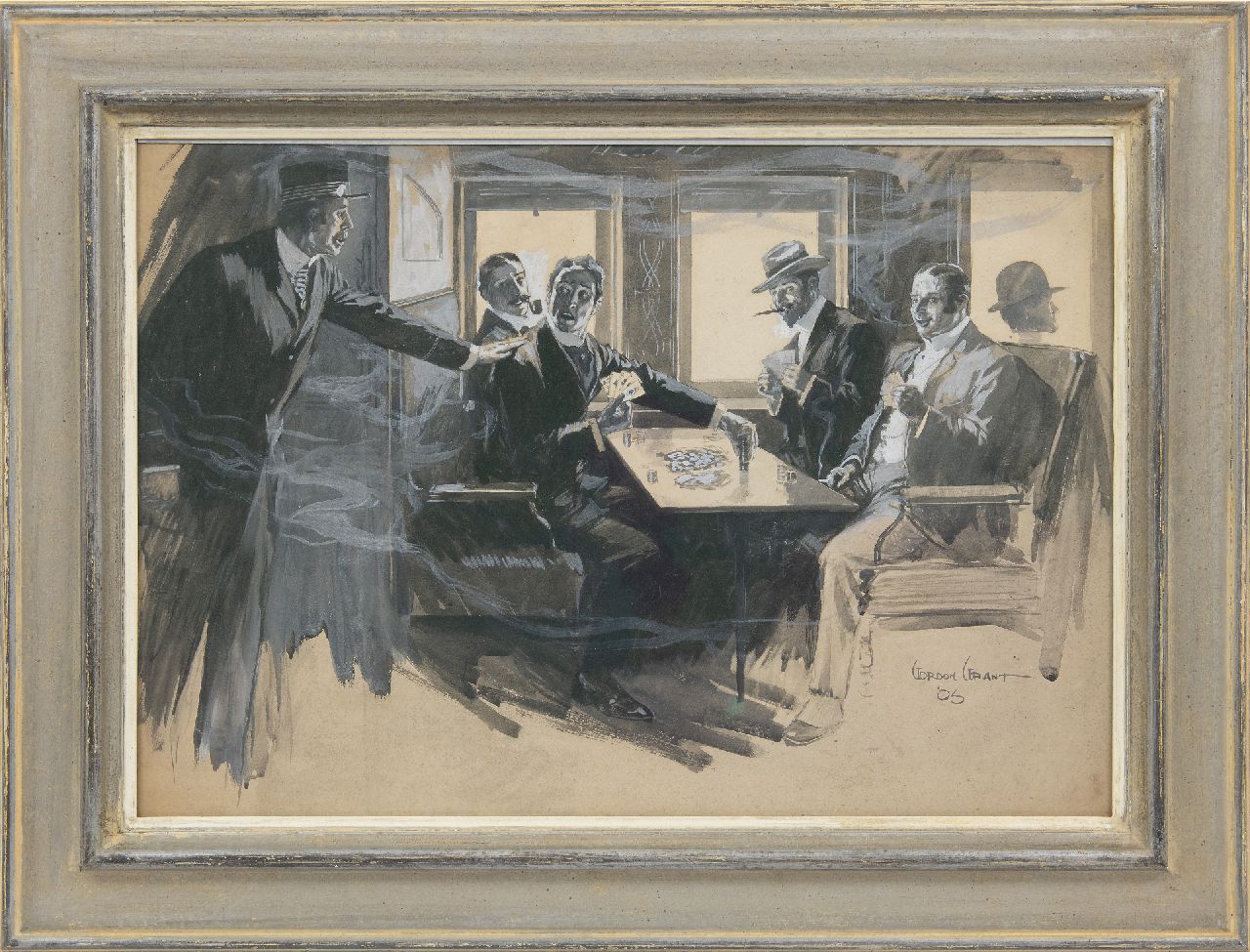 The American artist Gordon Grant was not only a marine painter but also a well-known illustrator. He was educated in Scotland and London and after his return to San Francisco (1895) worked as an illustrator for two newspapers. Between 1901 and 1909 he was connected to the well-known satirical weekly magazine 'Puck Magazine'. After a sea voyage in 1925, he focused on painting three-masters, fishing vessels, warships and sailing competitions at sea with which he had great success. He also wrote a few books about sailing ships. One of his harbor views is owned by the Metropolitan Museum in New York.