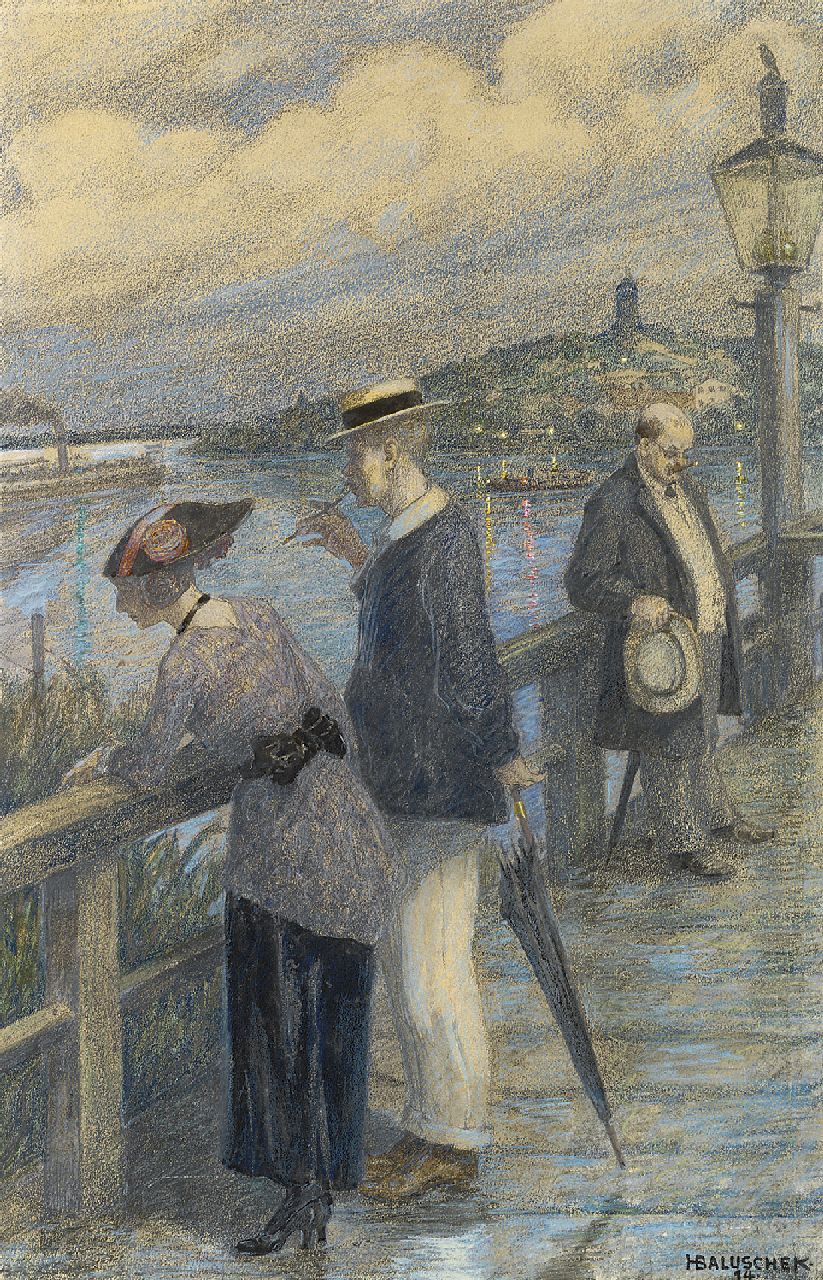 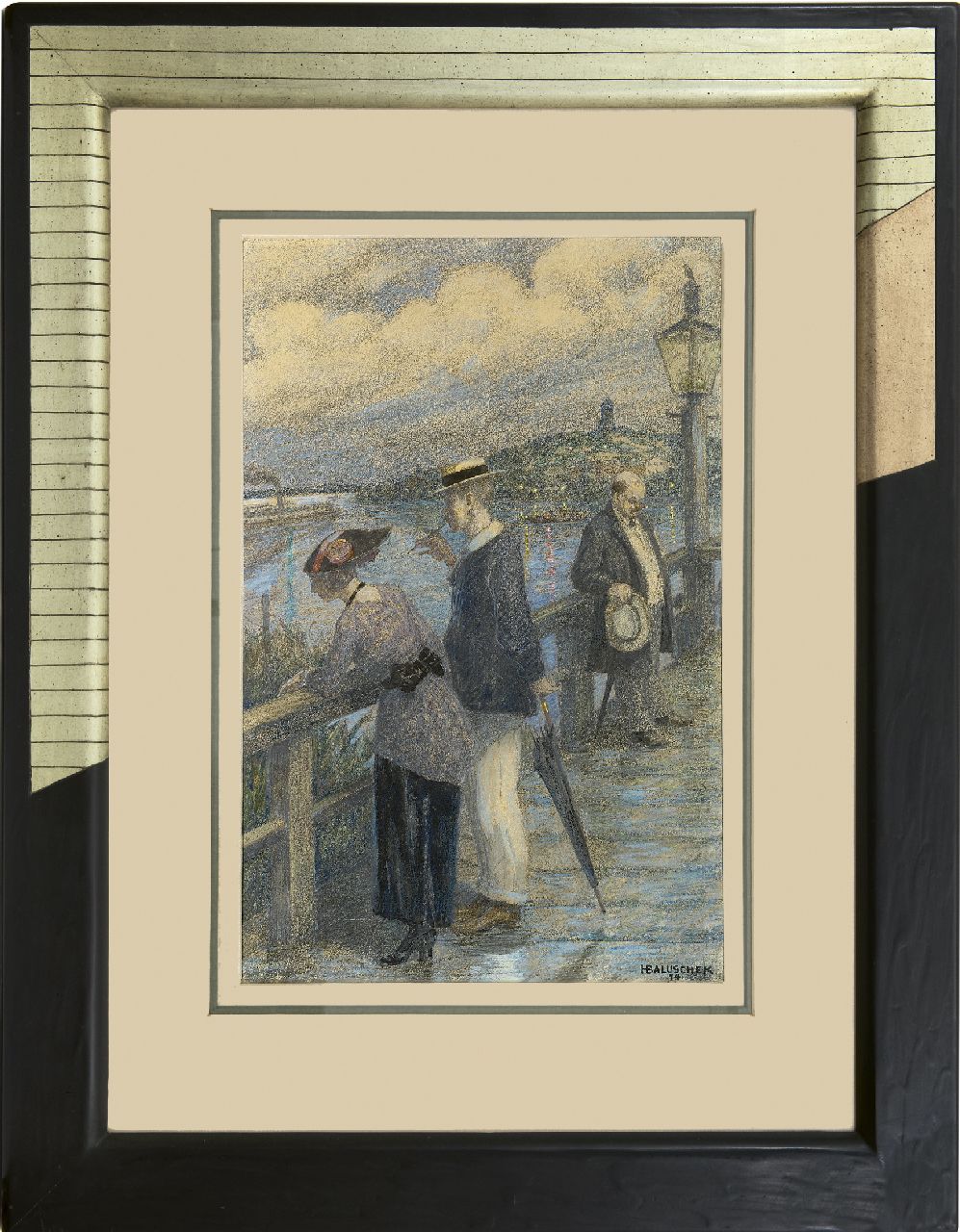 Hans Baluschek was a talented artist, who completed a study at the School of Fine Arts in Berlin and also studied economics and medicine. Under the influence of the work of Emile Zola, he was already at a young age concerned with the poor working and living conditions of the workers, which is reflected in paintings of gloomy workers' districts and working men in an 'inhuman' environment of ovens and tubes. His style, however, was naturalistic and friendly. He also painted cheerful cityscapes and pieces of old Berlin. In 1900 the artist became a member of the Berliner Secession, as a protest against the antimodernist art politics of the empire. His sympathy for the working class did not only lead to the art of painting: in 1919 he was elected party member of the SPD in Berlin, where he made himself strong for the training of workers and the position of artists. The Nazis saw nothing in Baluschek's work and portrayed his paintings as 'entartete Kunst'