Henriette Ronner artwork • watercolour • drawing • for sale While two dogs are fighting for a bone... 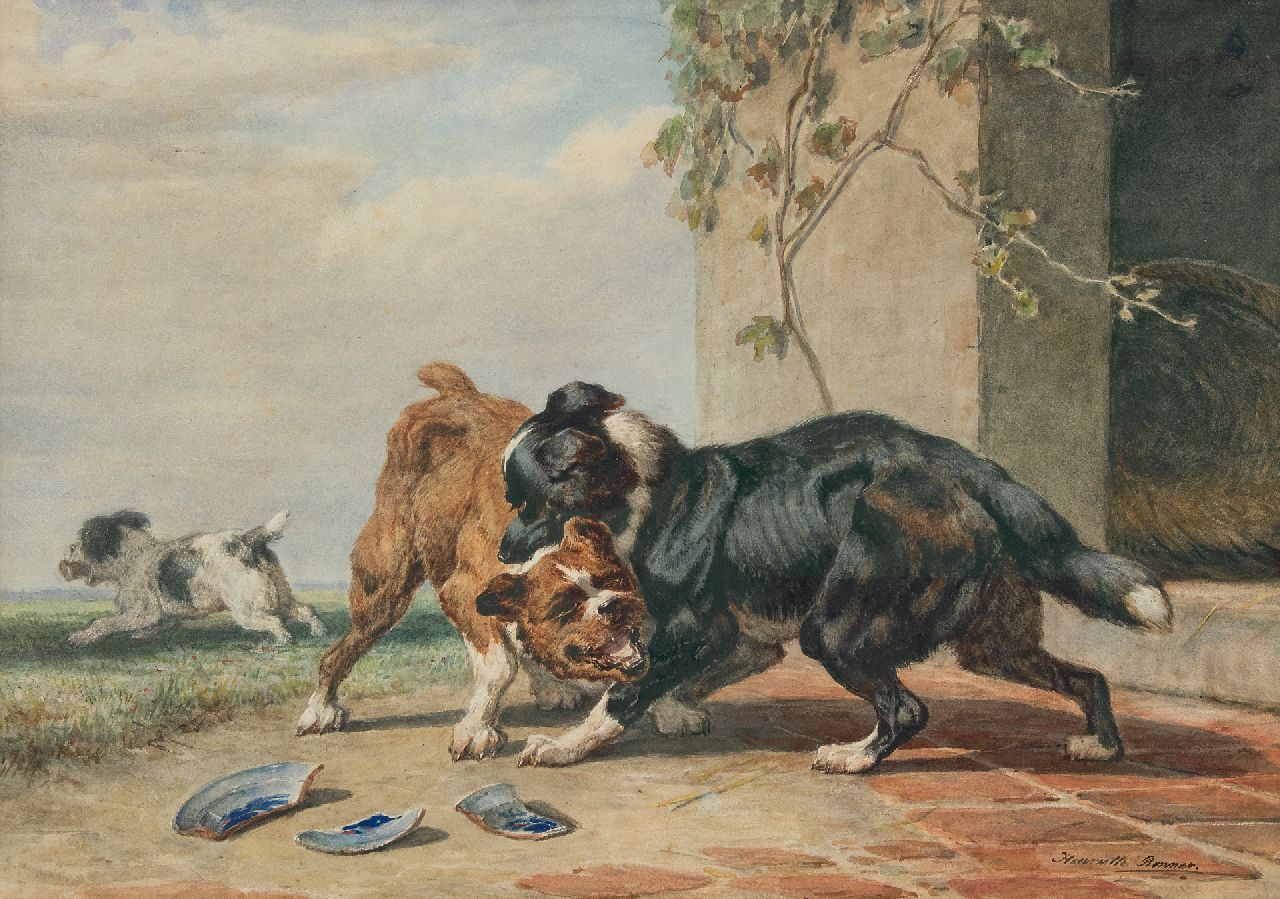 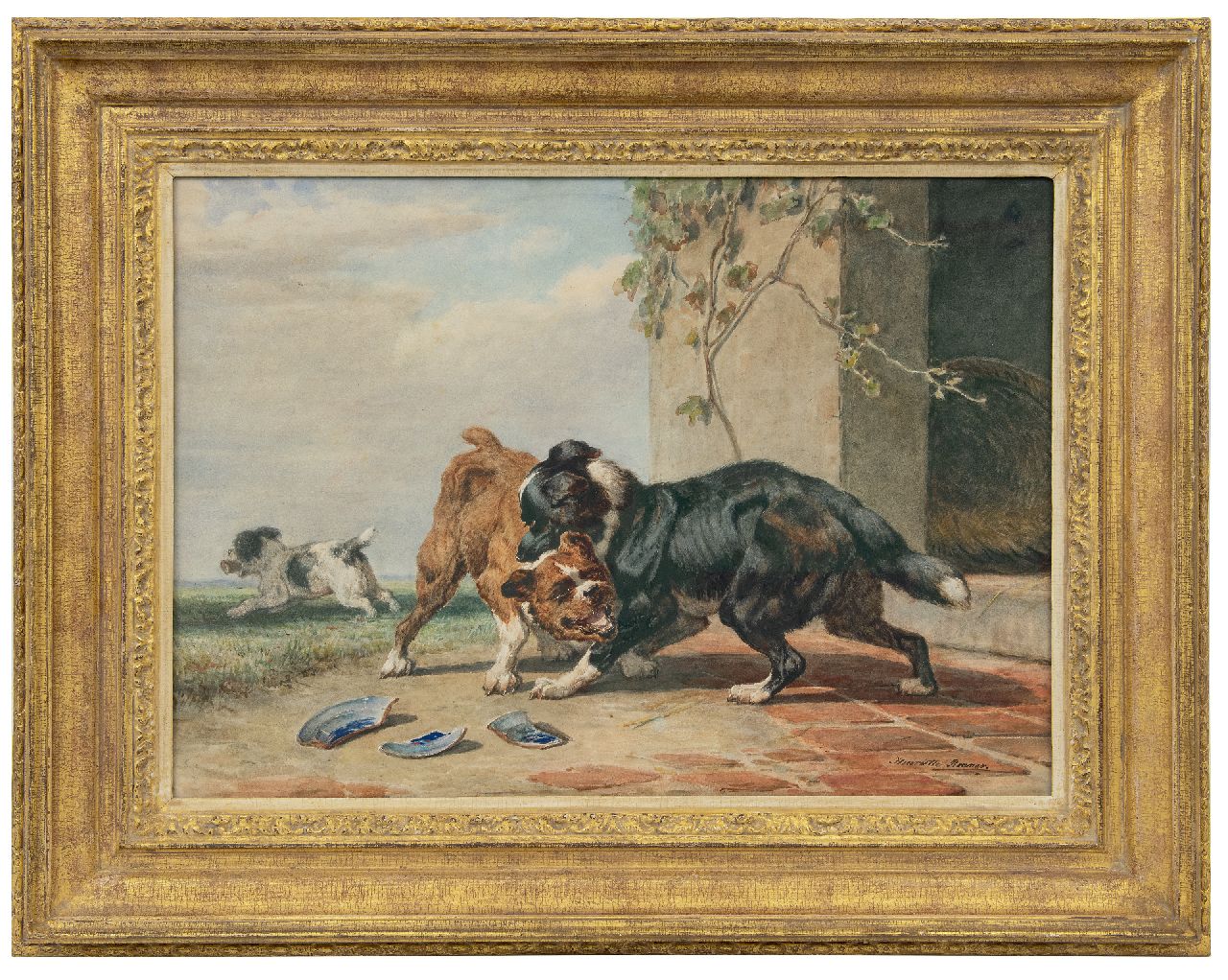 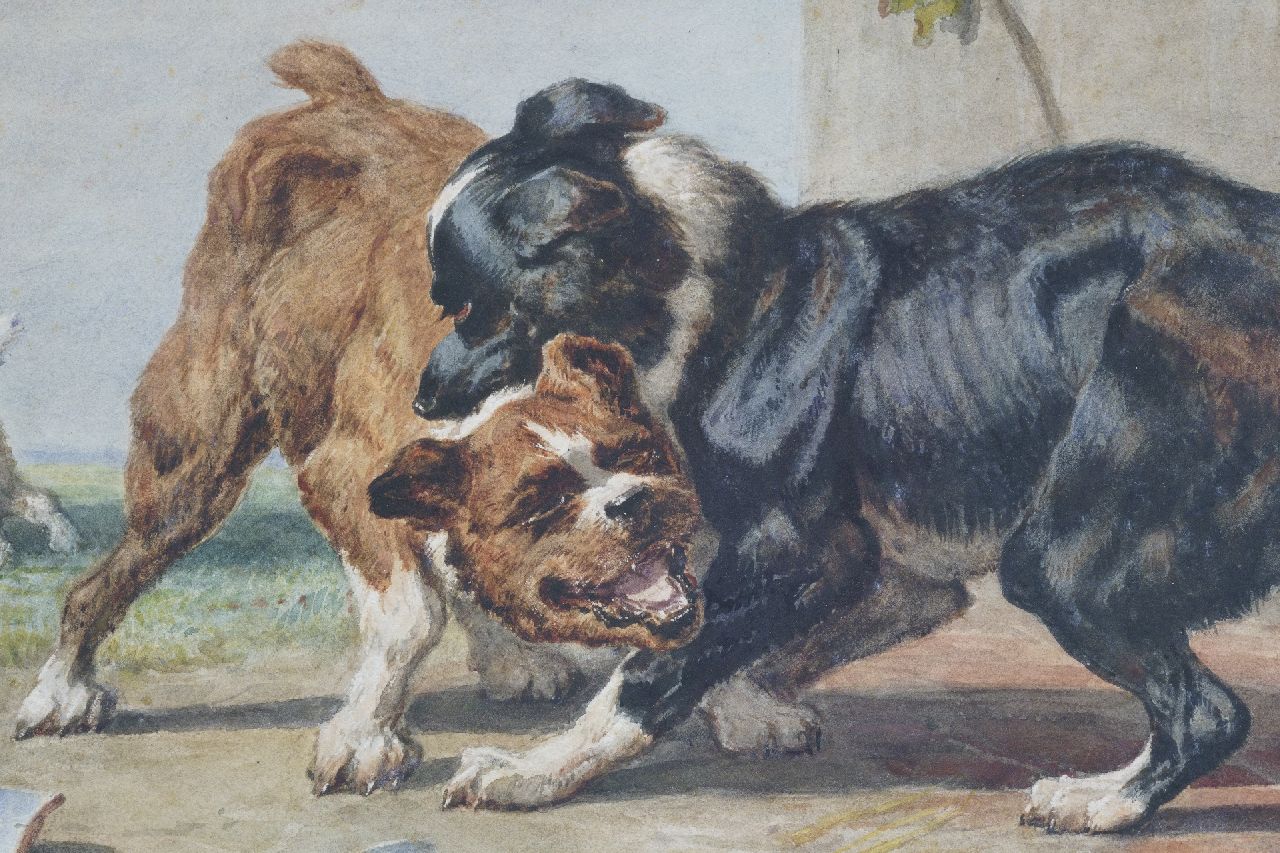 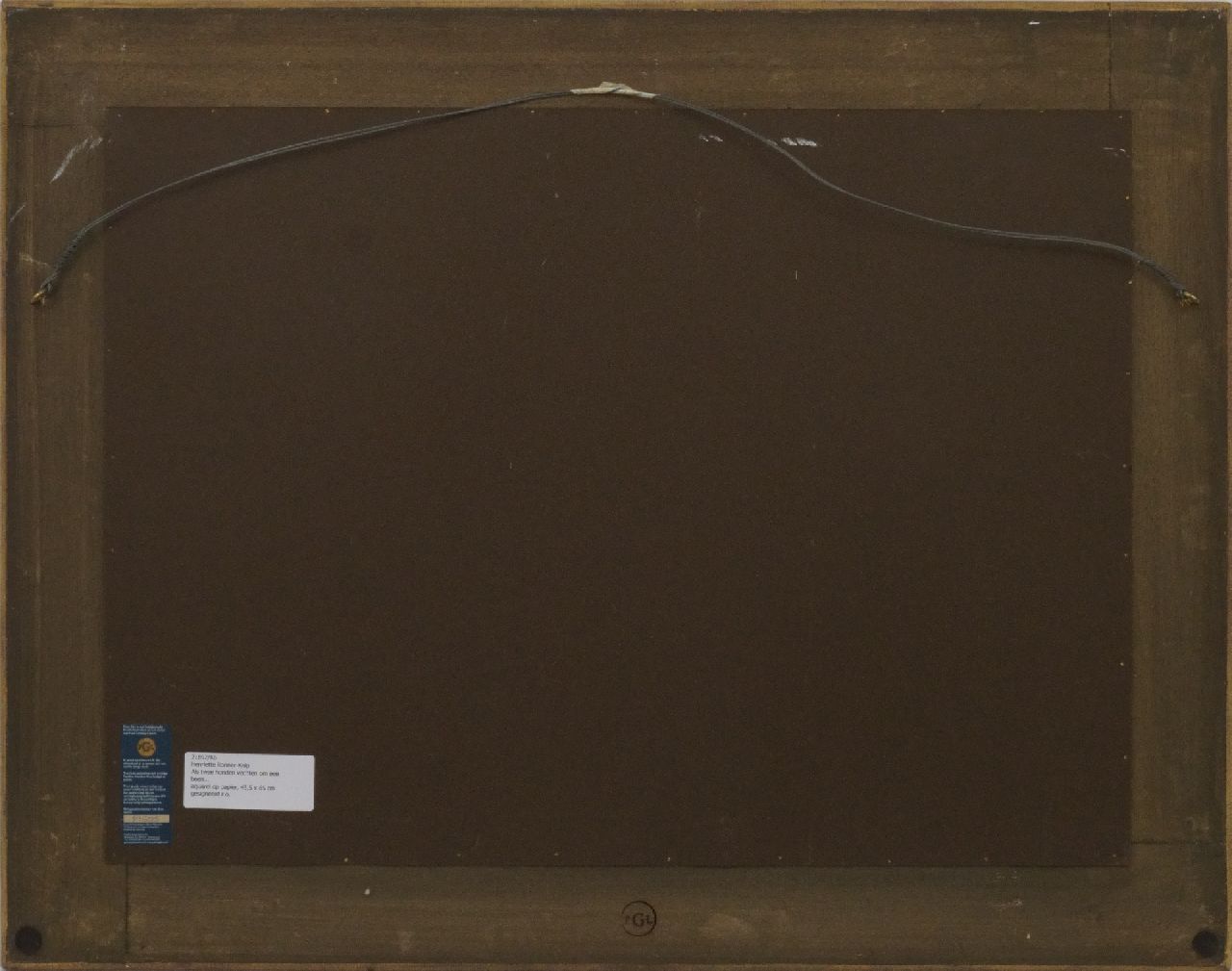