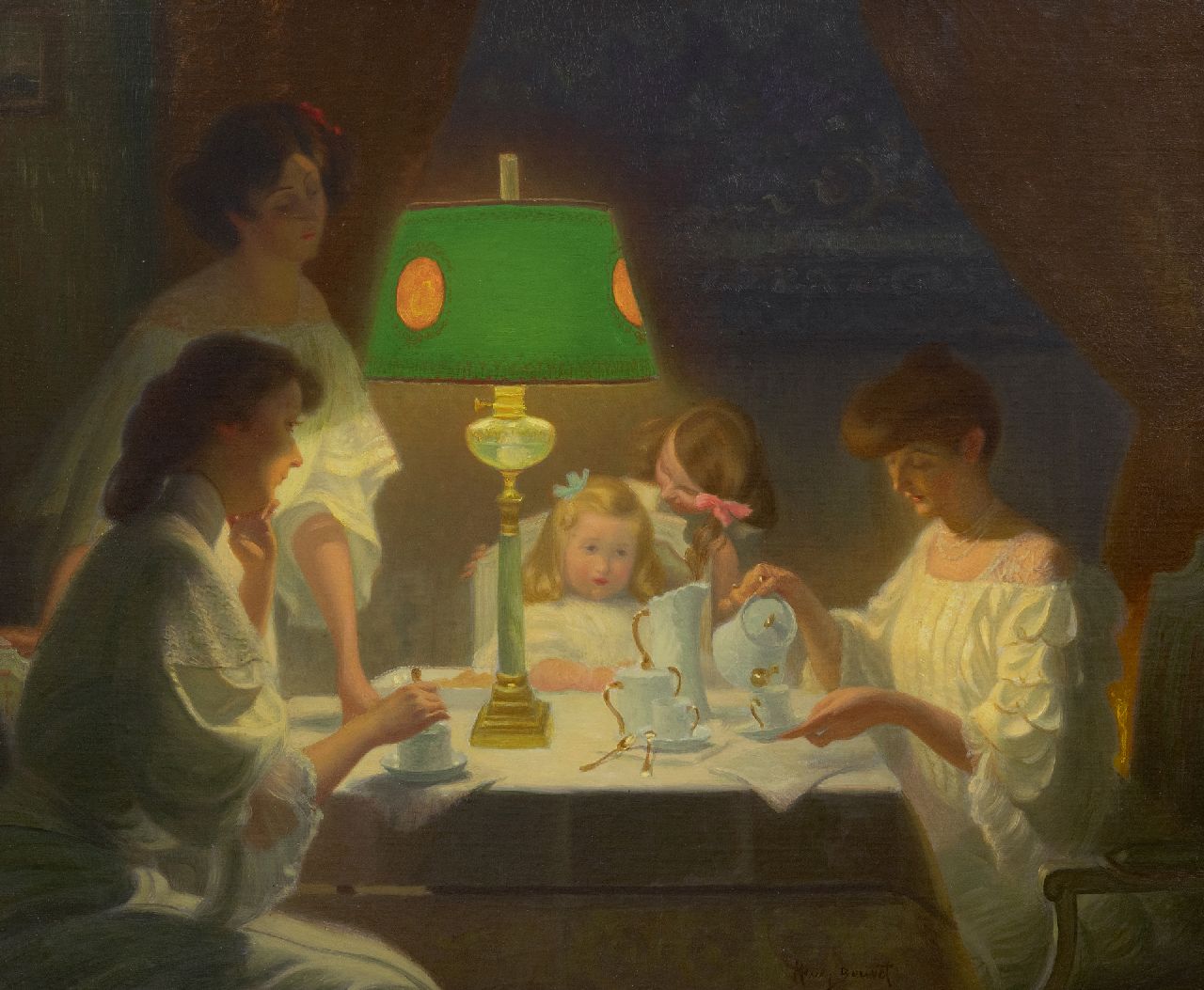 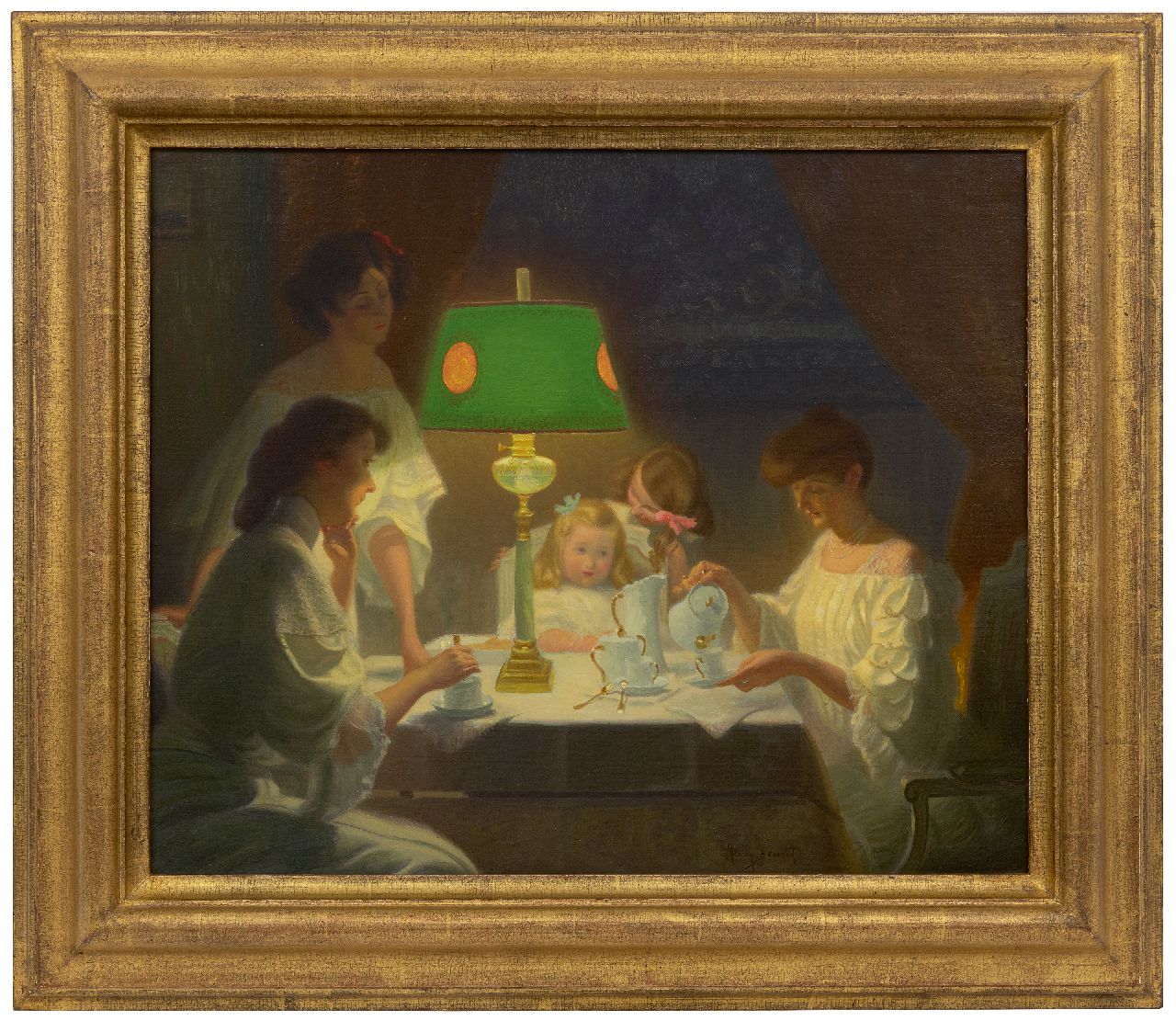 Henri Bouvet received a classical education at the Écoles des Beaux-Arts in Lyon and later in Paris from the realist and impressionist Alfred Roll, among others. Landscapes and genre performances date from 1894, which intrigues to this day through the combination of his academicism with the style innovations of his time. Bouvet's sensitivity to the effects of light, both sunlight and lamplight, is striking and the titles he gave to his paintings underline this. Bouvet regularly painted in the South of France, where he was fascinated by society life. The painter was very successful and exhibited at home and abroad, including in New York (1929) and Tokyo (1934).