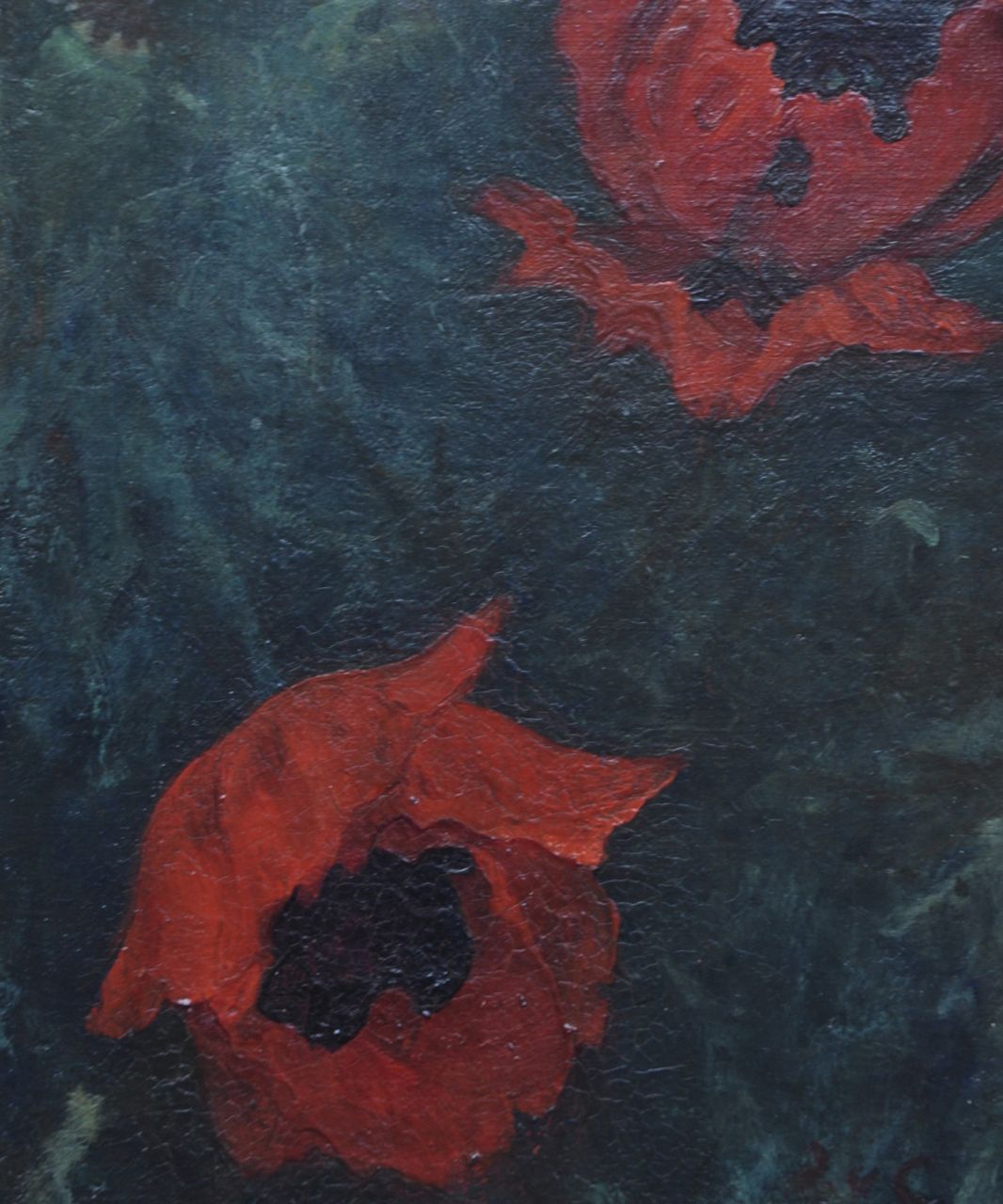 Jacobus van Looy, known in Holland as the writer of the trilogy 'Jaapje, Jaap en Jakob', described himself as ' a born painter and a writer by chance circumstances'. Raised as an orphan in Haarlem, his exceptional drawing talent led to him being able to study at the Rijksacademie in Amsterdam. There he got involved in artistic life and became friends with Willem Witsen, Willem Tholen, Eduard Karsen and Jan Veth. In his paintings and drawings he distinguishes himself from his contemporaries through an idiosyncratic way of depicting and unusual compositions. In the 1980s he was, together with Breitner, one of the first to paint street life in Amsterdam. A major retrospective of his work was organized as early as 1901. After he concluded from the reviews that he was valued more as a writer than as a painter, Van Looy decided - deeply hurt - never to exhibit or sell his paintings again. From then on he would only paint for himself and his wife.