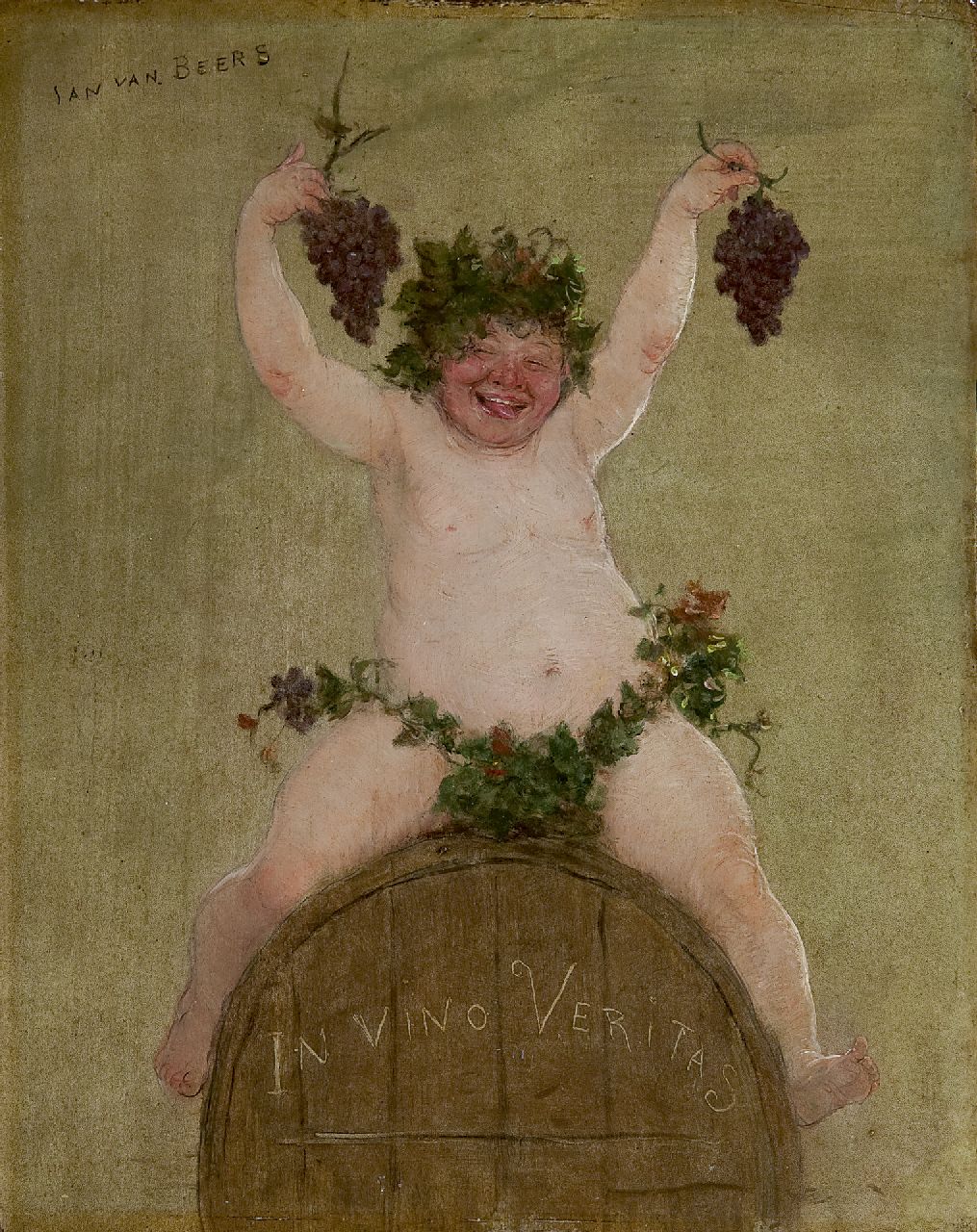 After his training at the academy of Antwerp, the Belgian Jan van Beers left for Paris in 1878, where he worked for some time in the studio of the portrait and genre painter Alfred Stevens. From 1880 he paints ambitious, large historical scenes. Then they become small genre works, mundane performances and 'lighthearted pieces' that breathe the atmosphere of the fin-de-siècle. He also made portraits. Van Beers gradually became part of the fashionable circles in Paris. In his exotic and decadently decorated home, he received many celebrities (with or without their mistresses). Around 1900 the painter took part in exhibitions in Belgium, France and the Netherlands.