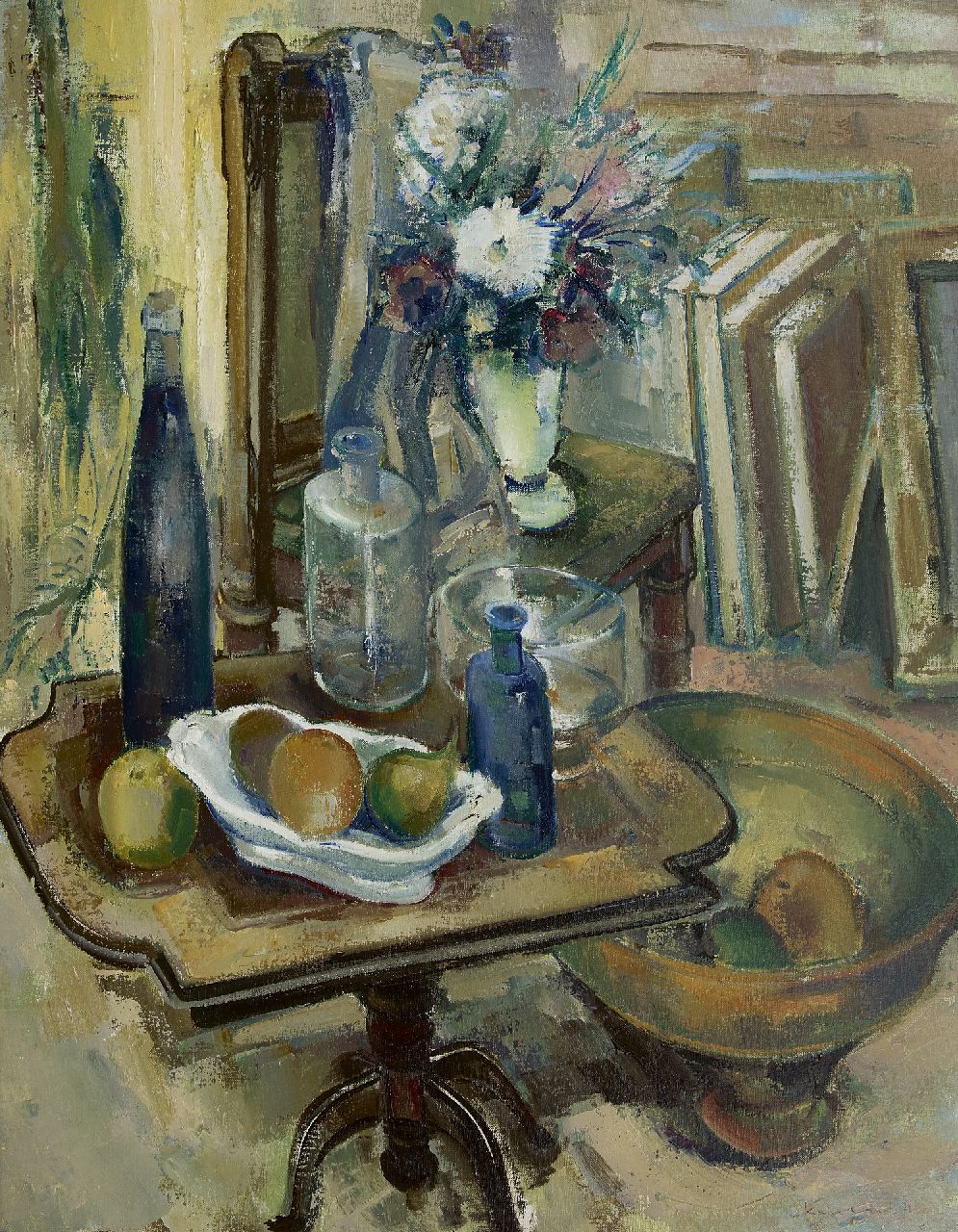 Karel Colnot, son of the Bergen School painter Arnout Colnot, lived most of his life in Bergen. He was apprenticed to his father for a short time, and even then the artist Otto de Kat predicted that he would become a very worthy painter. The influence of the Bergen School is clearly visible in Karel's early works. Later he broke away from this and started working more in the style of the French painter Cézanne. His oeuvre mainly consists of portraits, landscapes and still lifes. He was a member of Arti et Amicitiae in Amsterdam and of 'the Artist Center' in Bergen.