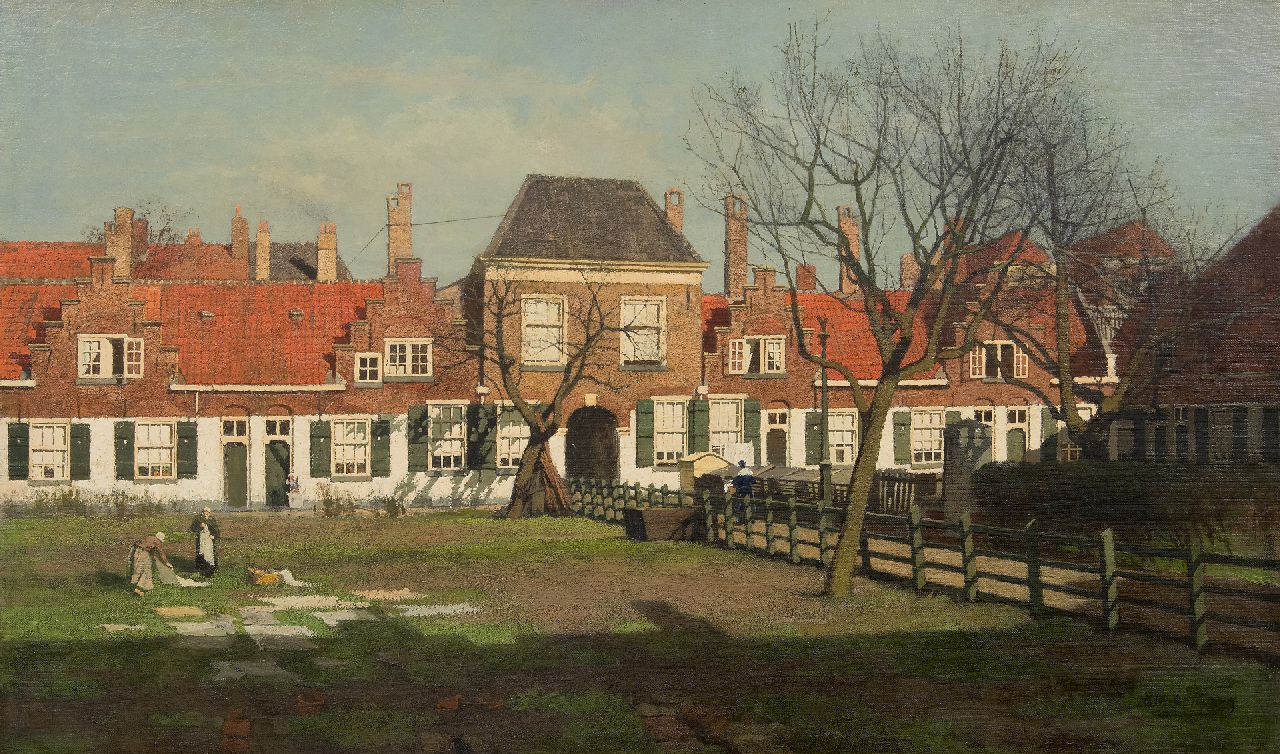 The Heilige Geest Hofje on the Paviljoensgracht in The Hague dates from 1616 and still exists. it is one of the oldest and most picturesque courtyards in The Hague and has inspired Klinkenberg for two paintings, including this work. The gatehouse, prominent in the picture, was built around 1647. Klinkenberg was specialized in the historic cityscape, often sun-drenched, the facades reflecting in the water of a canal or inner harbor. Contemporaries admired the sunlight effect in his paintings: a strong, brilliant light that strongly illuminates the white sandstone and red brick of the Old Dutch facades. Numerous Dutch cities have been immortalized by Klinkenberg. The topographical recognisability and the style that balances between Romanticism and Impressionism give him a worthy place in the rich tradition of Dutch architectural painting.

Also for sale from Klinkenberg J.C.K.