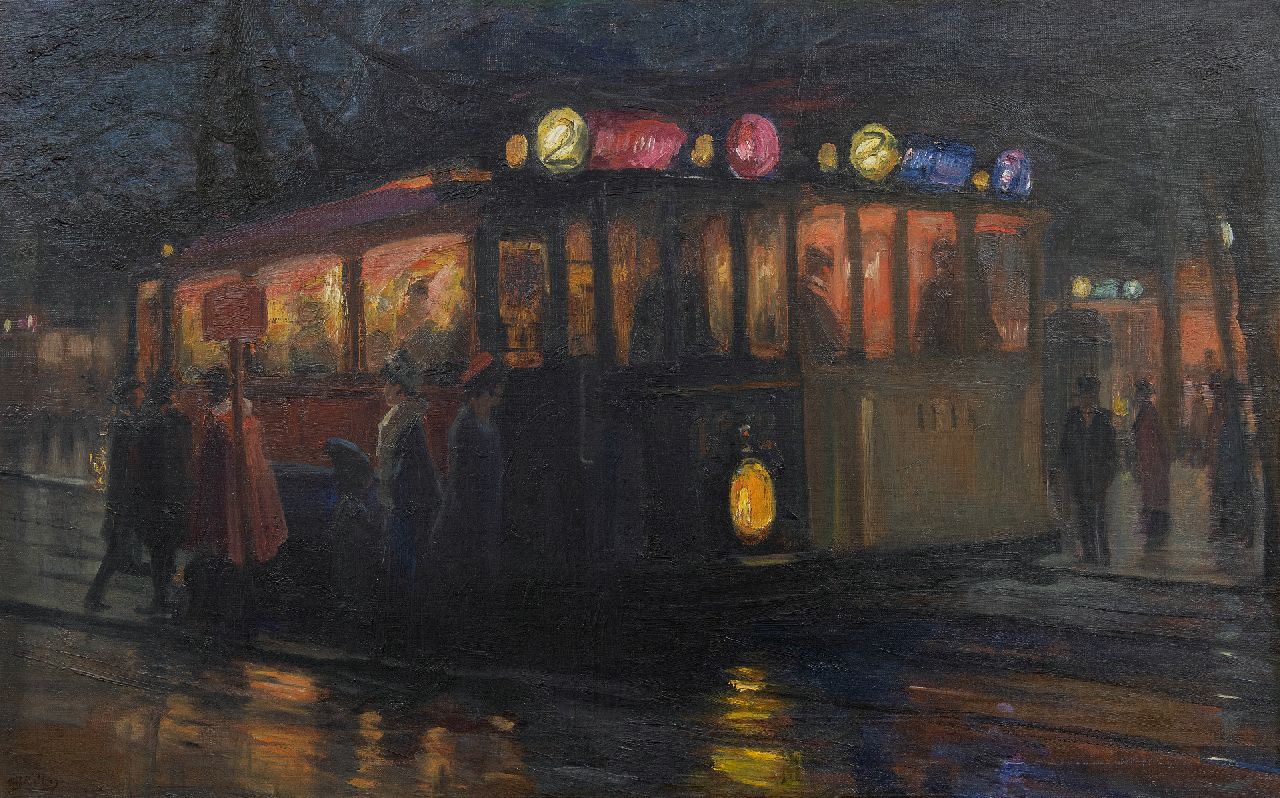 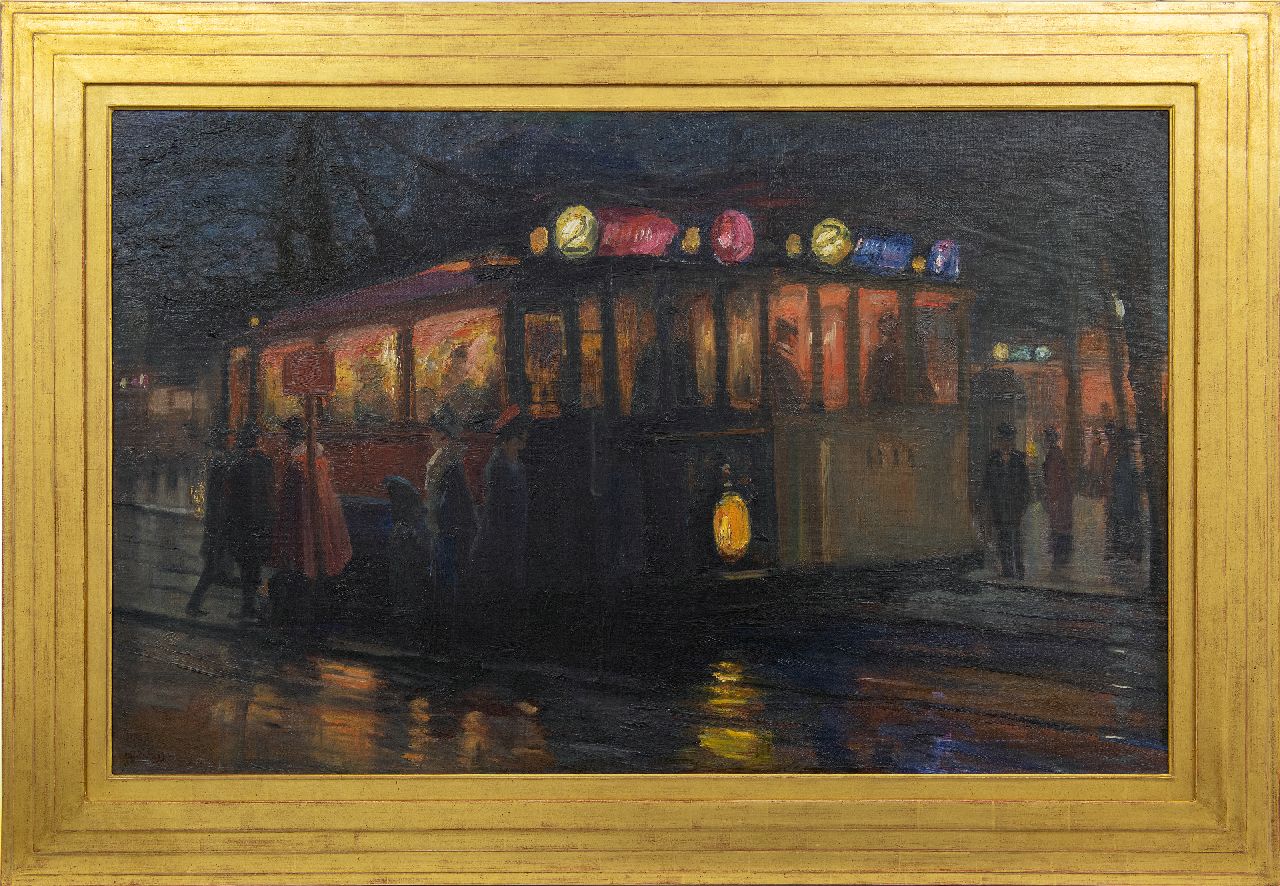 Marius Richters is considered a true Rotterdam painter. He mainly borrowed his motifs from the port company, painted the polders around this port city and was one of the founders of the Rotterdam avant-garde group De Branding. His dockworkers, coal and grain unloaders and shipbuilders bear witness to a strong sense of drama. The same is true for his landscapes: endless plains stretched out under a clear blue sky or with breaking sunlight, a single tree moved by the wind. In these landscapes too, hard work is always done and the suggestion of an immeasurable, wind-blown space is reinforced by the insignificance of these working figures. For Richters, the painting was the embodiment of controlled feeling. Together with Jan Sluijters, George Hoogerwaard, Huib Luns and Johan Thorn Prikker, he made the famous murals (1918-1919) in the Raadzaal of the Rotterdam city hall.