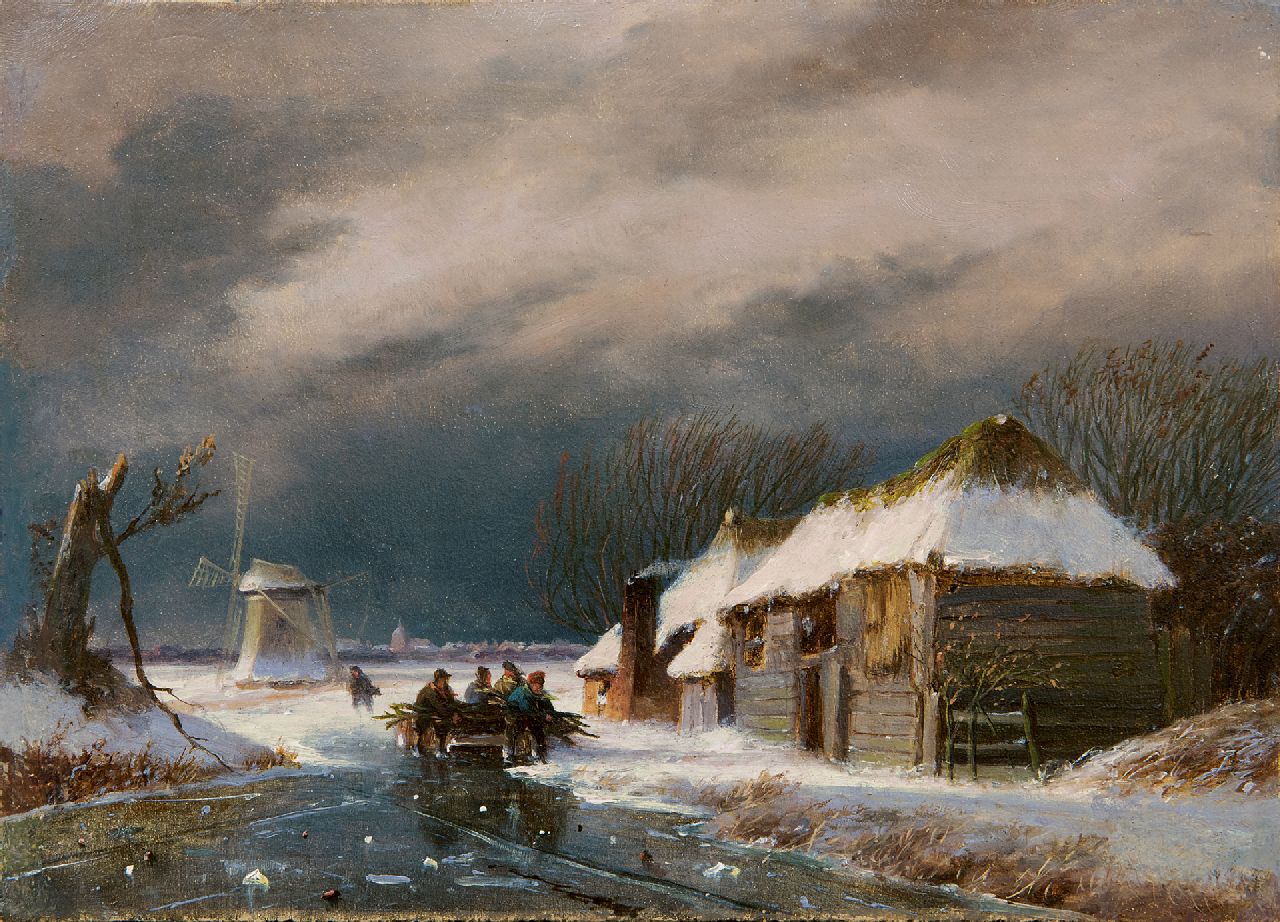 Nicolaas Roosenboom was one of the most talented pupils of the romantic landscape painter Andreas Schelfhout, which is clearly evident from his summer and winter scenes. A low horizon, attention for narrative detail and a balance between foreground and background are all taken from his master. The fact that his paintings sold well enabled him to travel extensively to places like Belgium, Germany, England and Scotland. For a while he also worked with the Belgian livestock painter Eugène Verboeckhoven.

Artworks for sale from Roosenboom N.J. 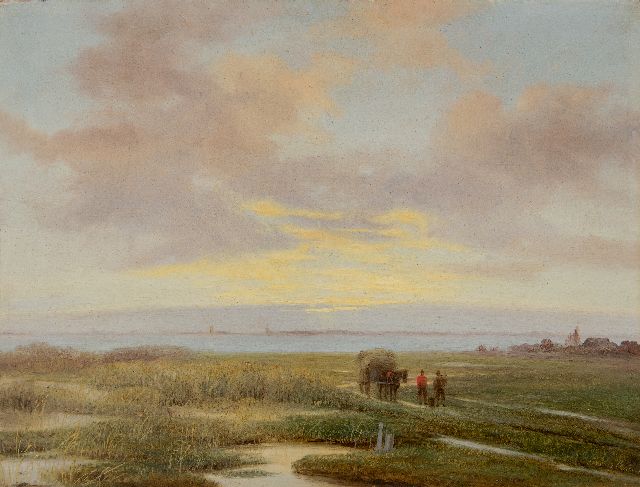 An extensive landscape with land folk and a hay cart 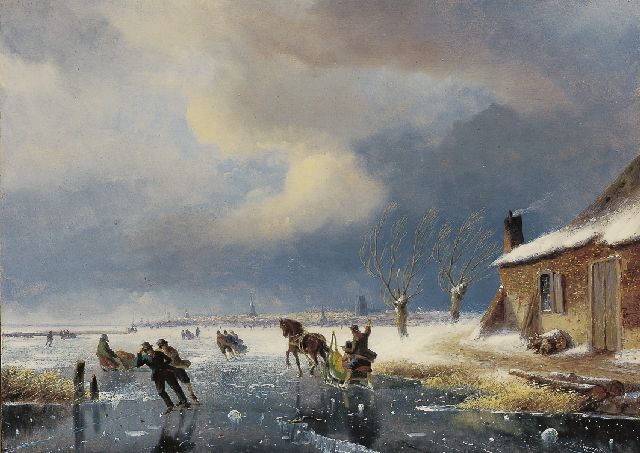 Skaters on a frozen river at the outskirts of a town 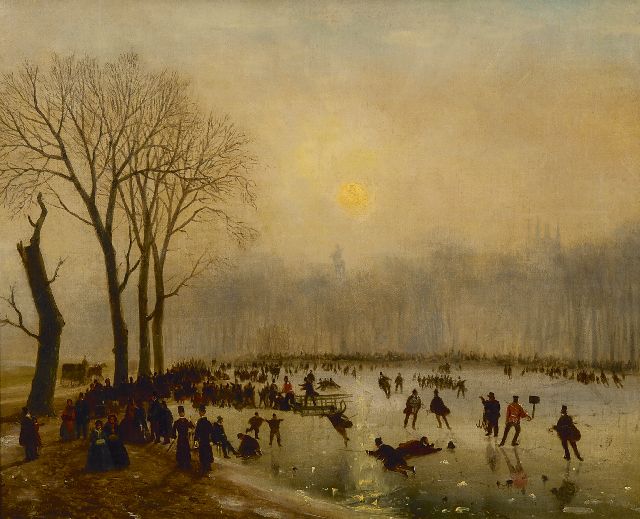