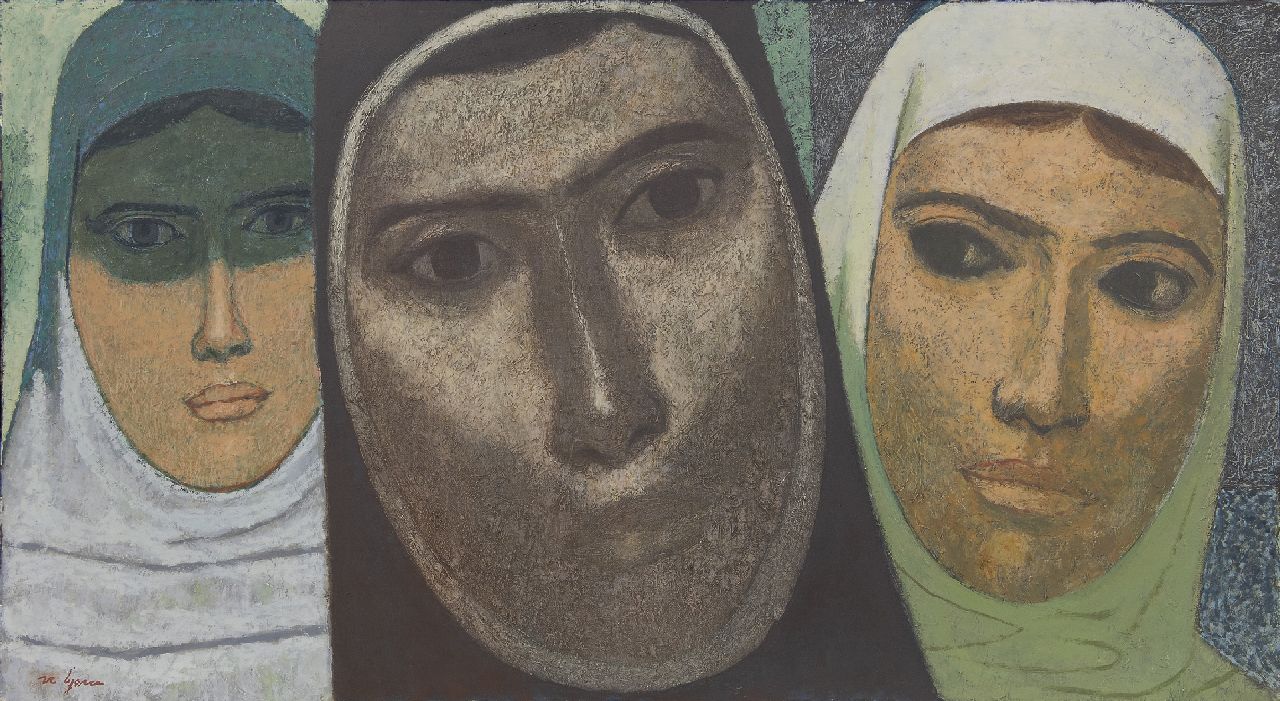 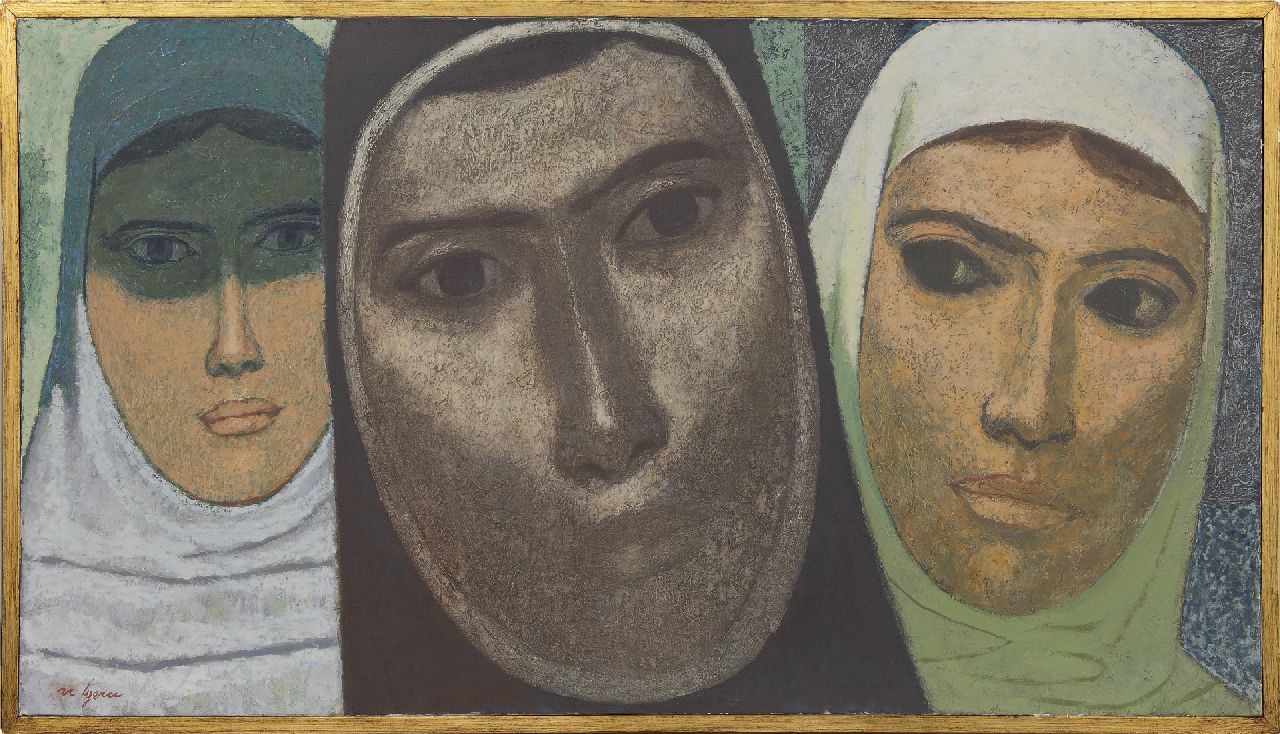 Nuri Iyem, born in 1915 in Aksaray, Turkey, studied painting at the academy in Istanbul in between 1933 and 1937. In 1941, he and other young painters founded the group ‘New Ones’. Their first exhibition showed work that was made in the ports of the city. A year later, in 1942, their theme became the woman. With their paintings, the members of the New Ones for the first time introduced social realism to the Turkish art tradition. From 1951 onwards, Iyem started to paint increasingly more abstract landscapes and still lifes. In that same year, the New Ones group ceased to exist. Iyem became one of the most important Turkish artists and in 1956 participated in the Venice Biennale on behalf of his country.