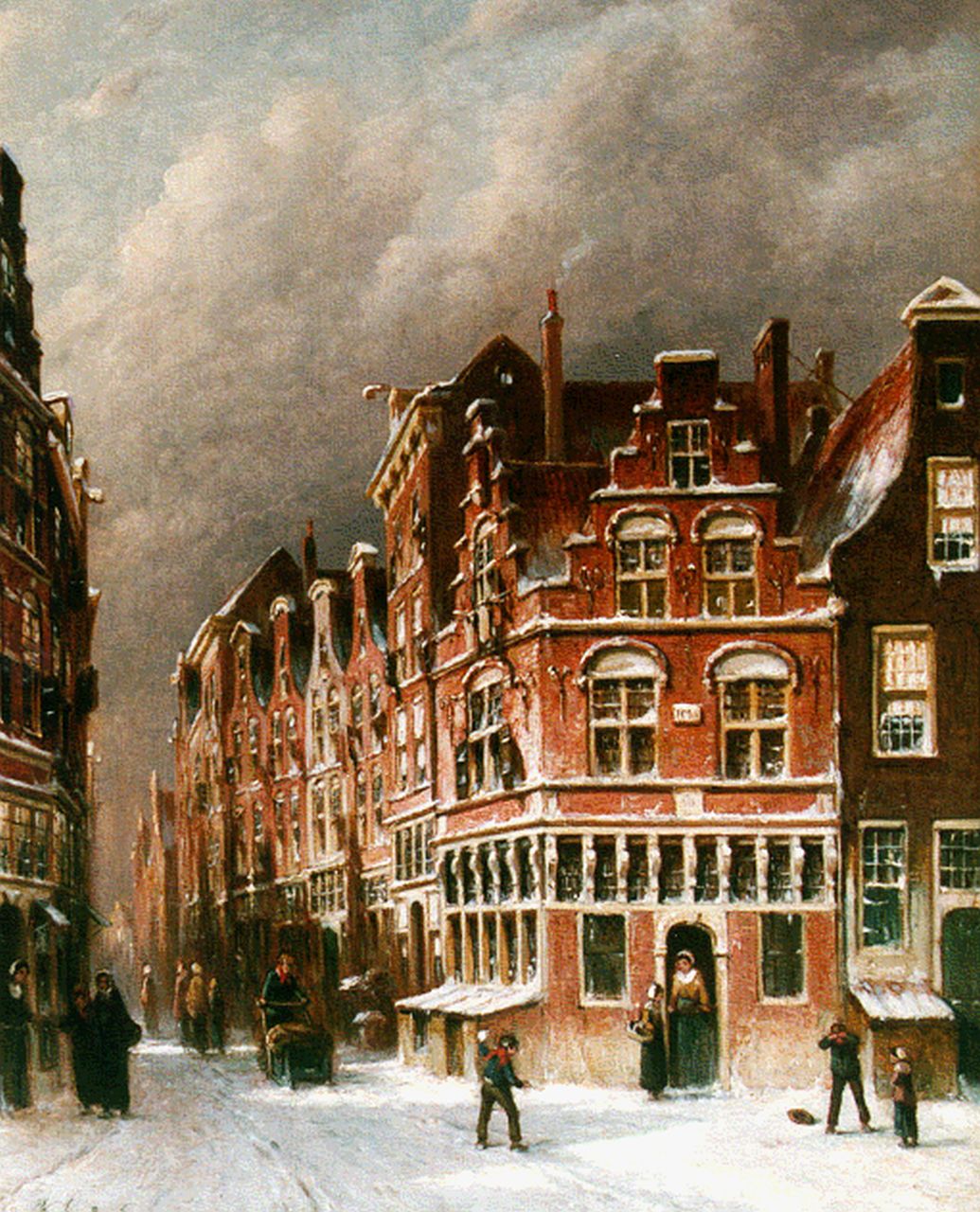 The romantic painter Petrus Gerardus Vertin lived and worked mostly in The Hague. He painted Dutch cityscapes and street scenes in the summer and winter. At times, his work is topographic, but he mostly chose to paint imaginary scenes. In his winter landscapes, in particular, he paid great attention to the reflection of the light from the snow-covered roofs, window and door frames, and pavements. Charles Rochussen and S.L. Verveer painted the staffage in a few of his city landscapes.

Artworks for sale from Vertin P.G. 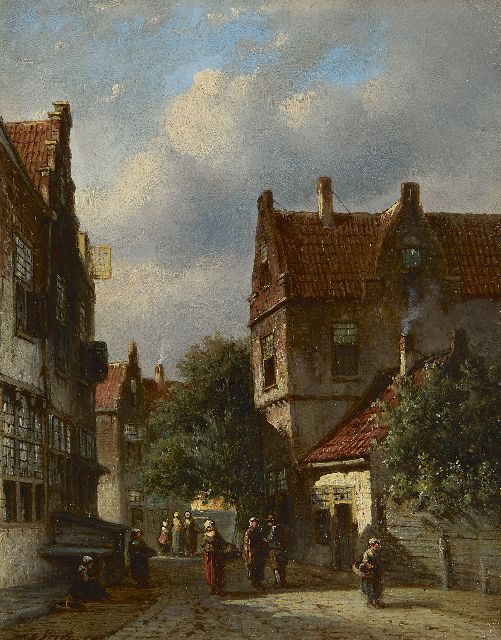 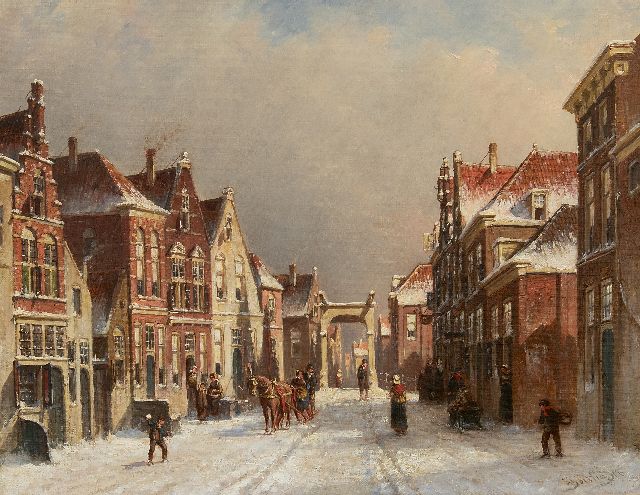 A snowy street with a drawbridge (possibly Edam), 1886 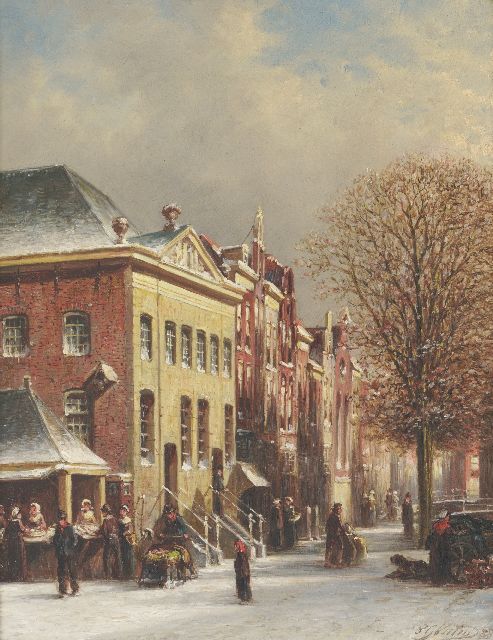 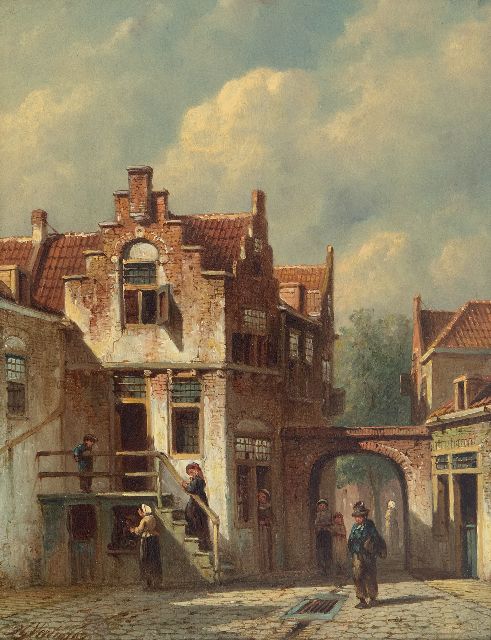 A sunny Dutch street and some people at the town gate, 1867 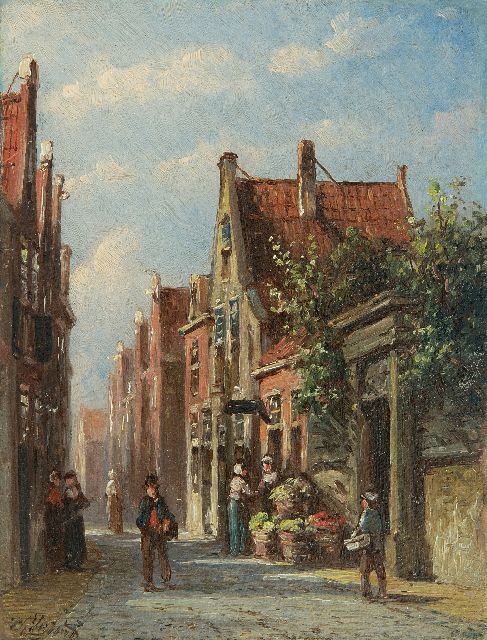 A sunny street with vegetable seller 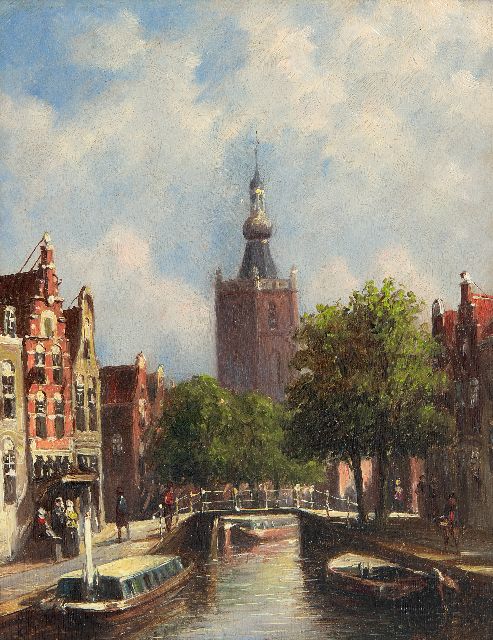 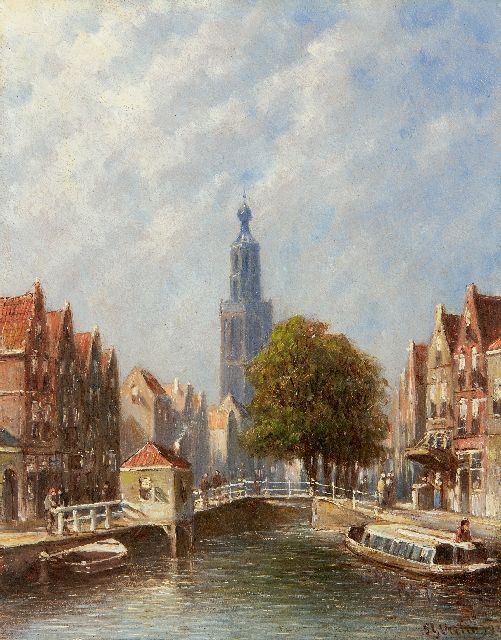 A town view with the tower of the Sint-Janskerk of Gouda, 1993 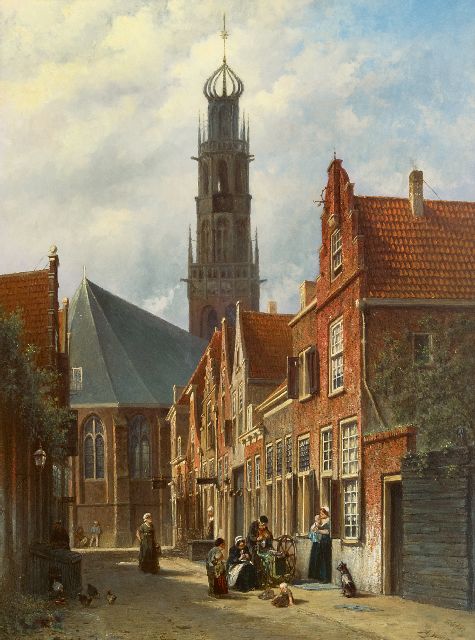 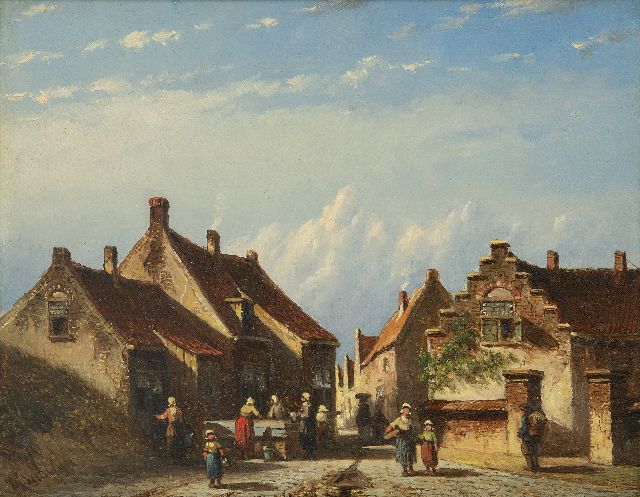 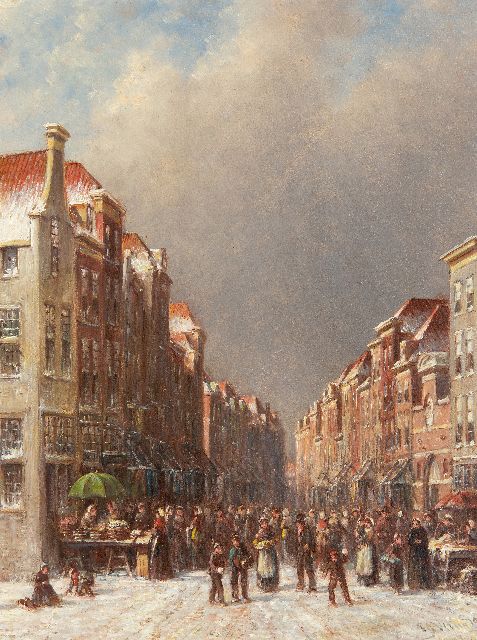 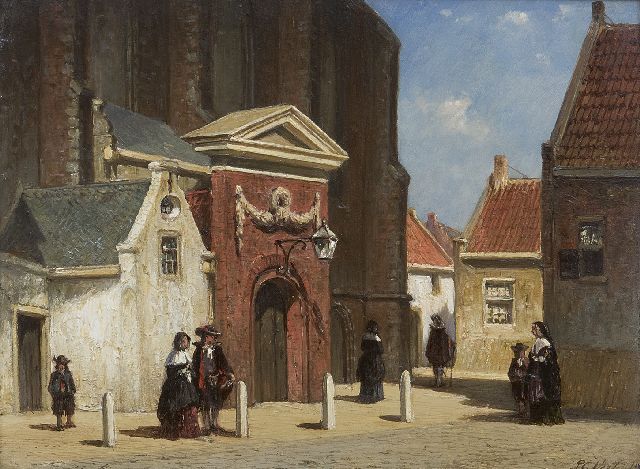 View of the 'Waalse Kerk' Haarlem