Wim Schuhmacher artwork • painting • previously for sale A still life with a bottle, plate and apples 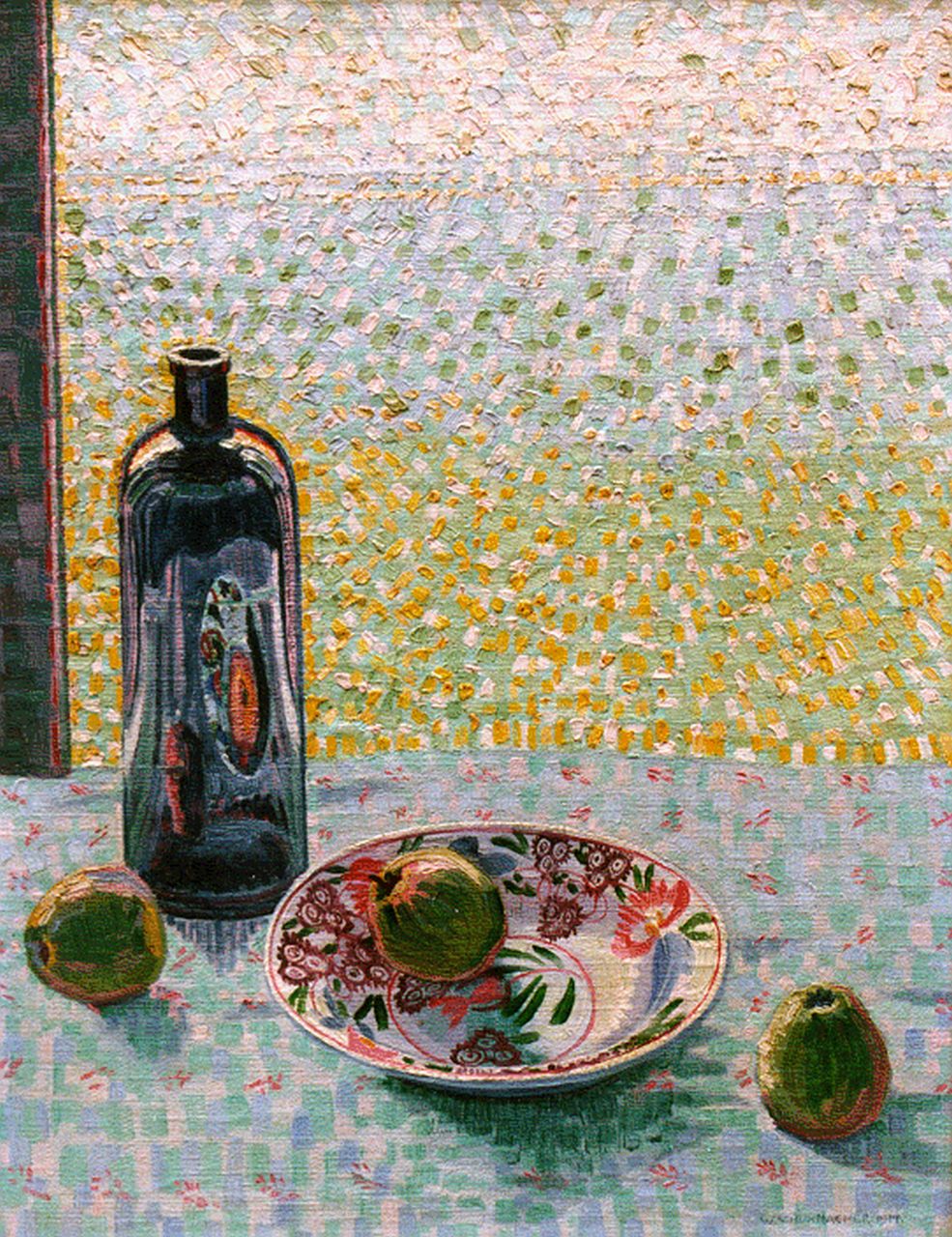