Noted for her distinctive and pioneering work in the 1950s and 60s, Frieda Hunziker started out as a teacher but began producing her own work in the 1930s. Her early pictures are characteristically pared down and realistic, but by 1948 had evolved towards complete abstraction. In the year previous she was among the founders of the artists' group Vrij Beelden, whose work was regularly shown in the Stedelijk Museum in Amsterdam. The only woman in the group, she was also one of its most active members.

for salepaintings, watercolours, drawings and prints & multiples by Hunziker F. 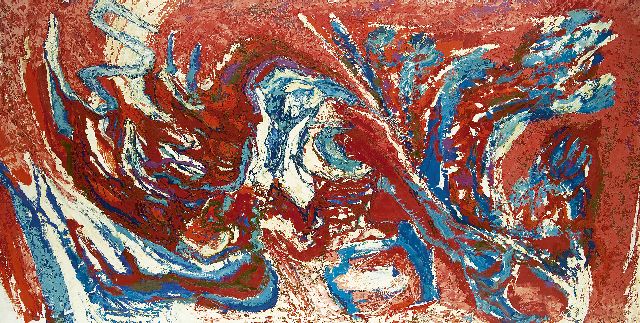 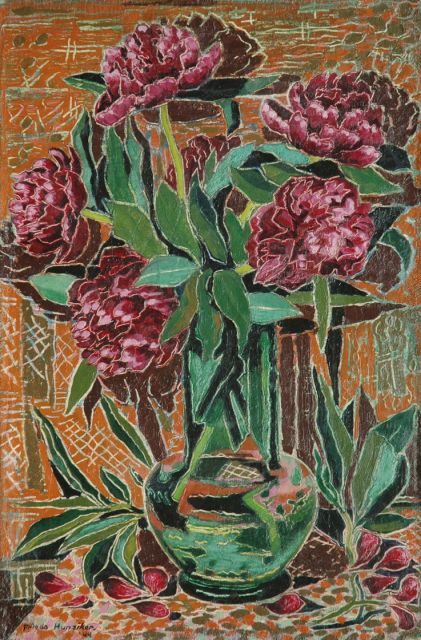 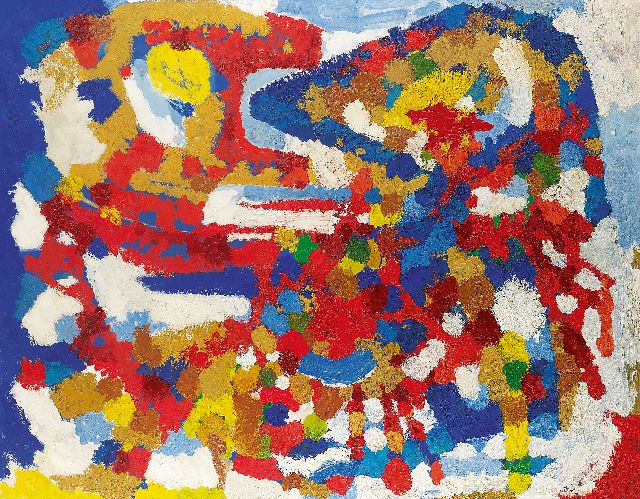 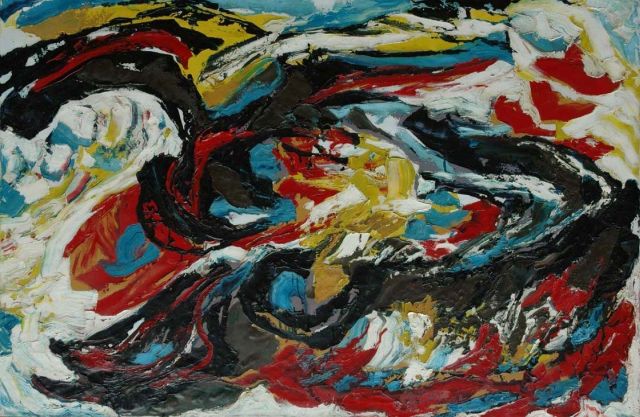 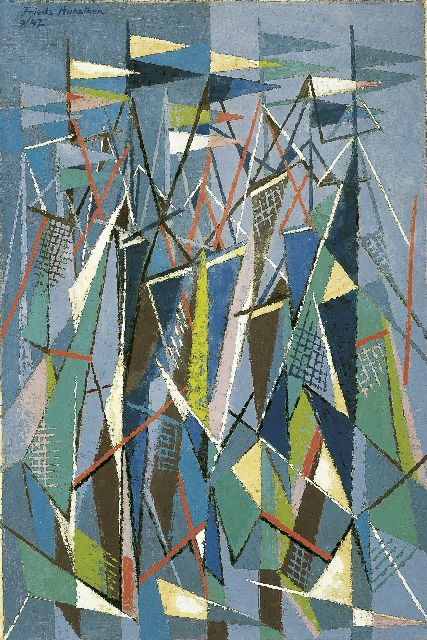 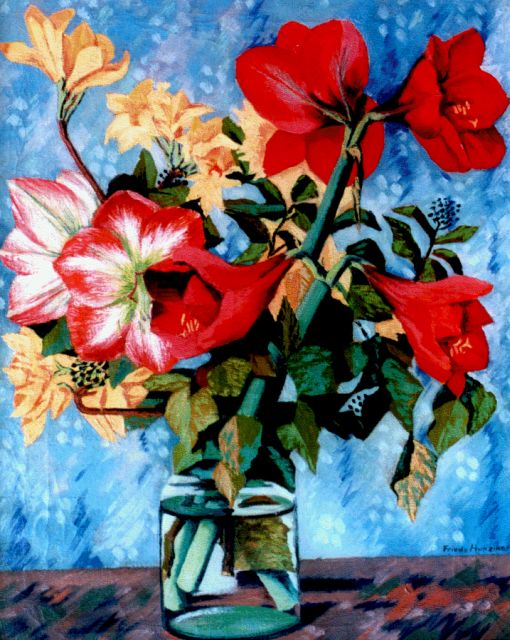 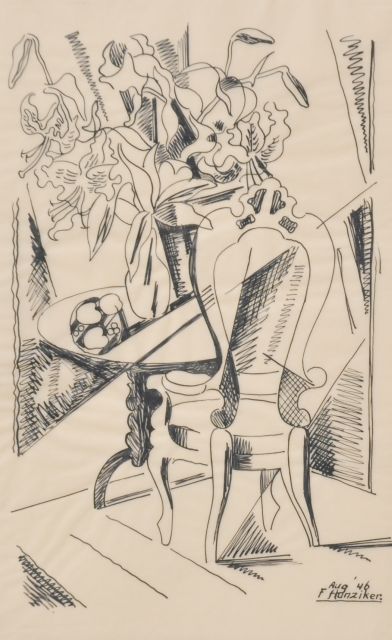 A still life with flowers on a table and a chair 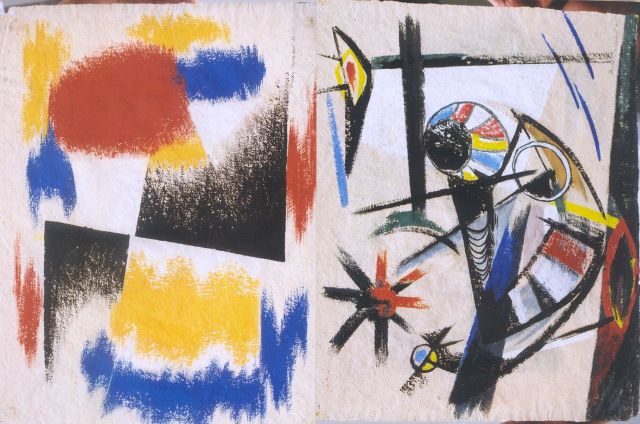