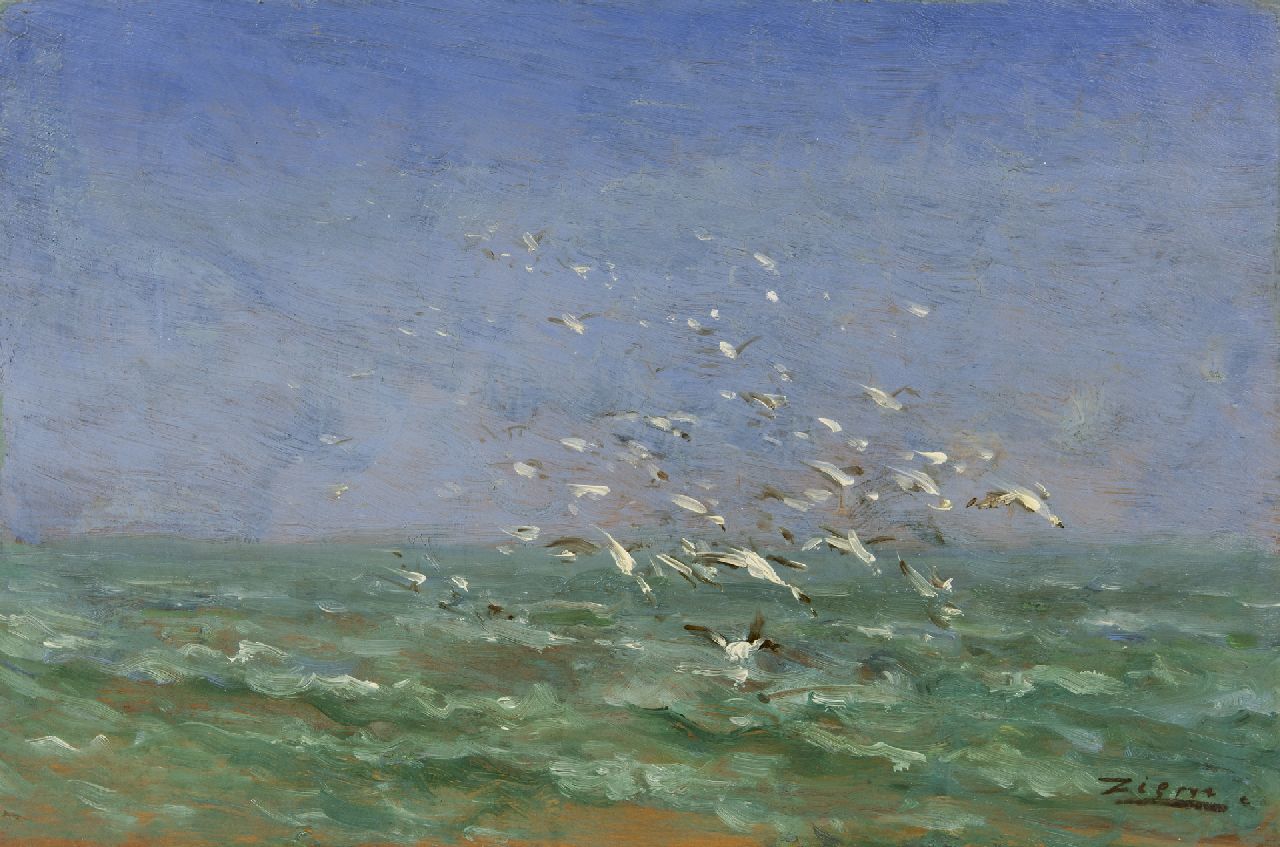 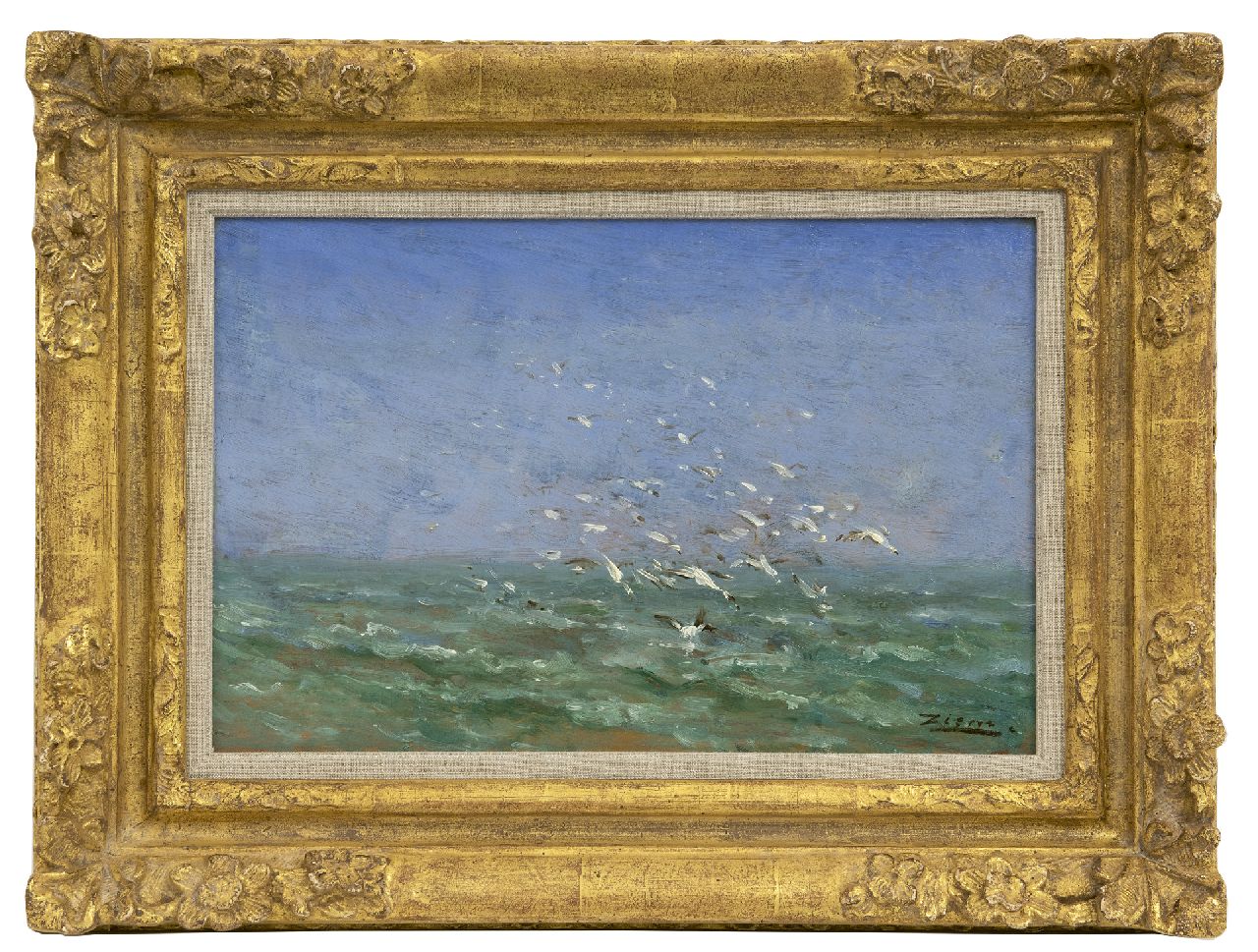 Félix Ziem initially studied for architect, but painting was his great hobby. Around 1848 he chose definitively for painting. He settled in Paris, where he made friends with Jean-François Millet and Théodore Rousseau, foremen of the Barbizon School. In the years that followed they regularly painted together in the forests of Fontainebleau. Ziem also painted sea and river views in addition to landscapes. In addition, his oeuvre includes impressions of the cities he visited during many travels, in particular Constantinople and Venice. In the 1950s he also came to the Netherlands, where he painted polder landscapes. Ziem worked mainly in oil paint and with a remarkably loose brush technique.