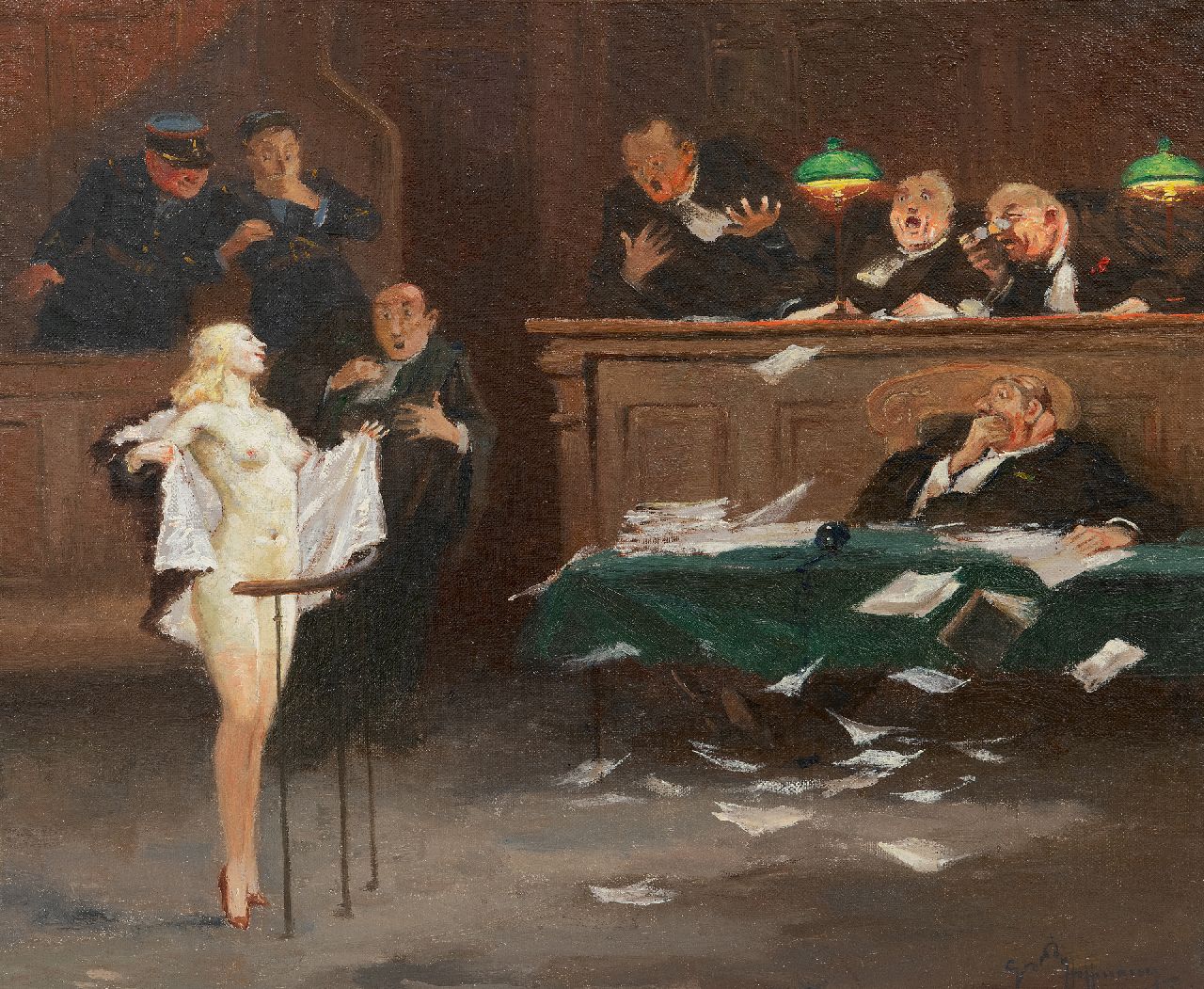 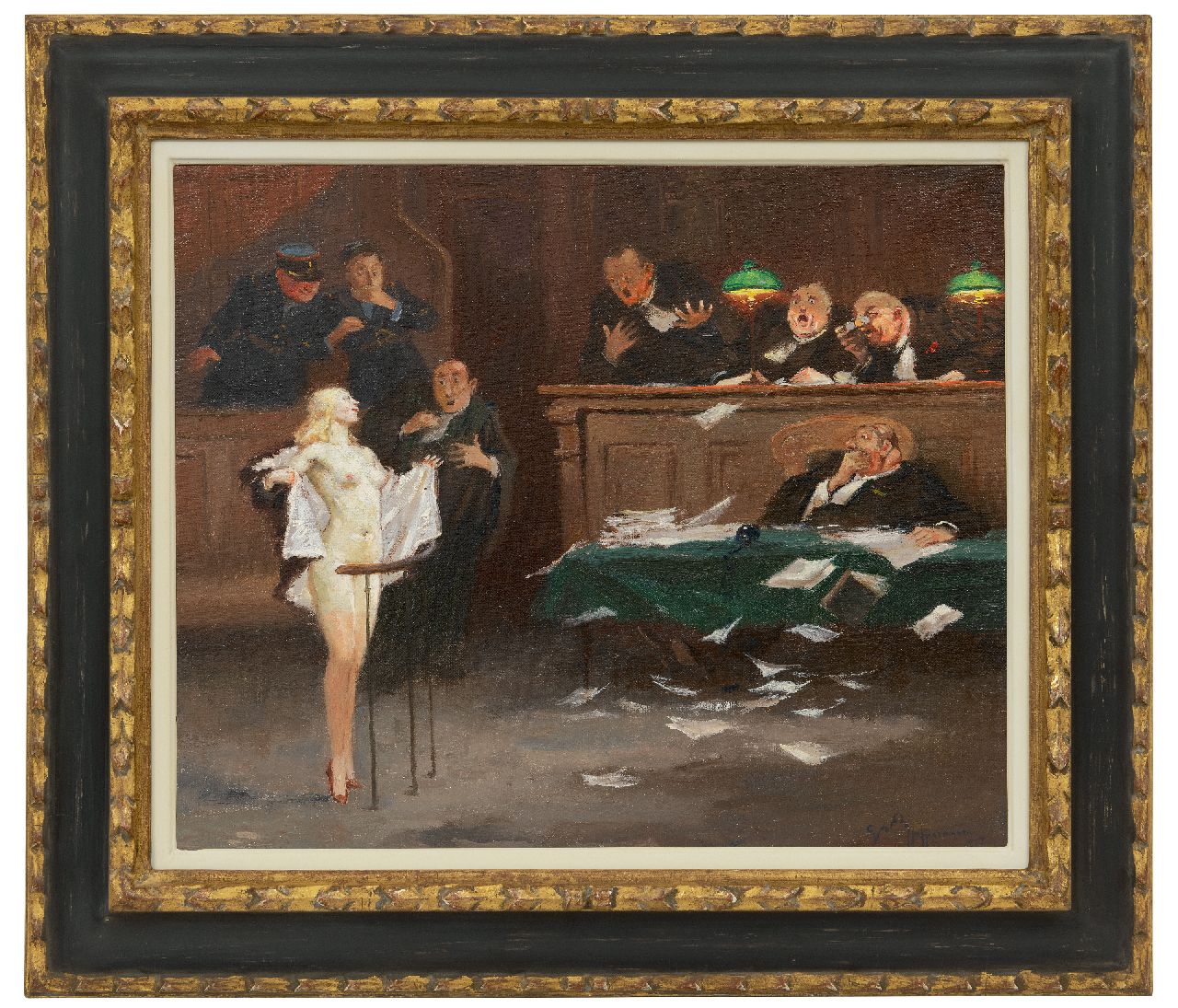 Gaston Hoffmann, painter, cartoonist, decorative painter and lithographer, was an original artist who examined contemporary events and subjects in his work as well as explored the limits of his imagination. Hoffmann was born in Paris and was educated there at the École des Beaux-Arts and the Académie Julian. After the war he worked between 1918 and 1921 together with his friend Charles Schneider, for whose glass factory he decorated vases with delicate plant, flower and animal motifs inspired by the Art Nouveau style. At the time, he also worked for the Sèvres porcelain factory, designed posters and painted two large murals in Quebec, teaching at the academy there between 1924 and 1926. Anyone who looks at his painted oeuvre is amazed by his imagination and versatility. He painted narrative genre scenes, often with a humorous undertone. But also representations of wonderful underwater worlds populated by nereids and strange creatures. He translates themes from literature, poetry and the Bible into performances full of emotion and deals with themes that, surprisingly, are still topical. He wrote educational books for elementary school art, created cartoons, murals, painted altarpieces, illustrated books, and caricatures, for example, of the pompous French judiciary. Hoffmann died in Metz in 1977, aged 95.