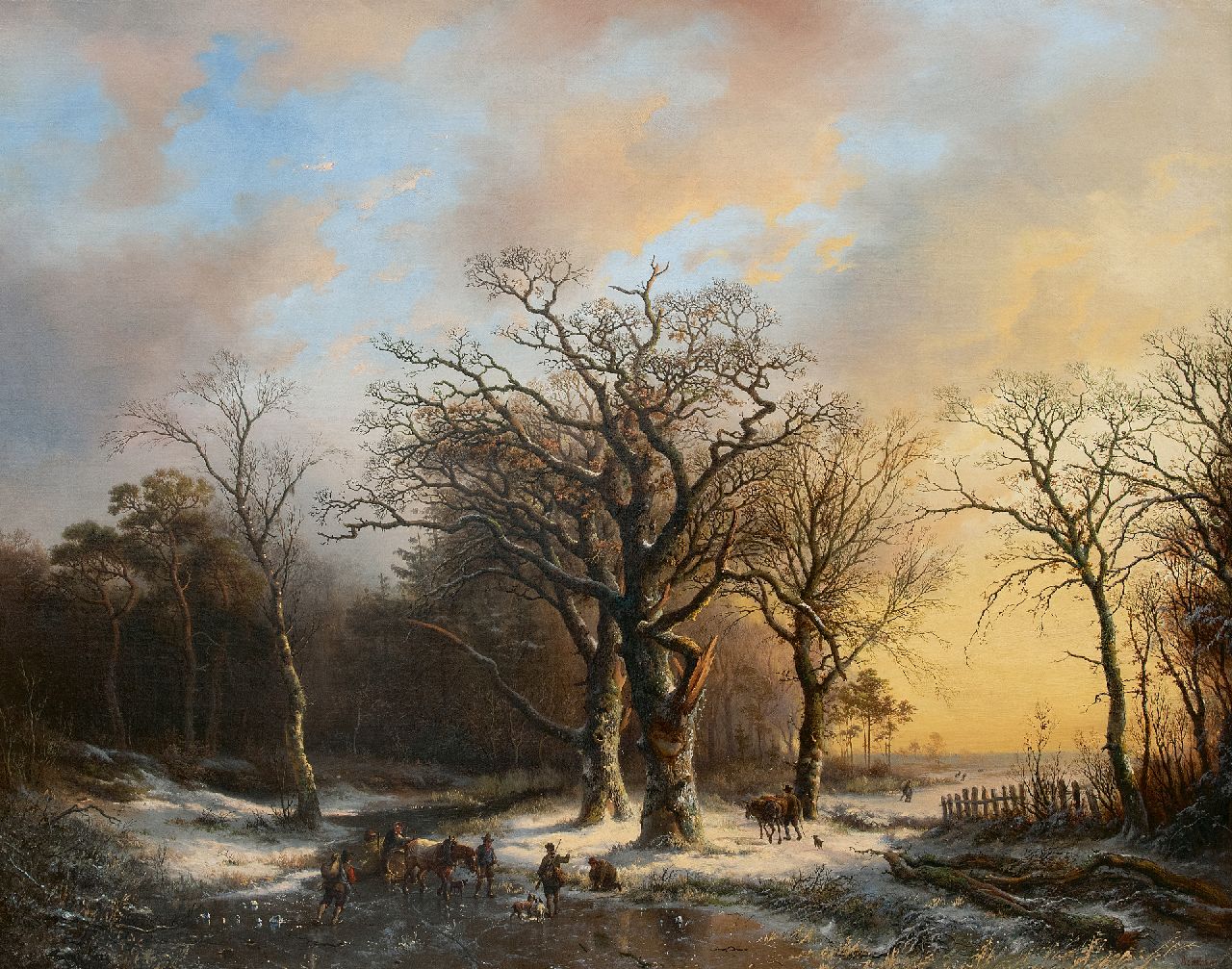 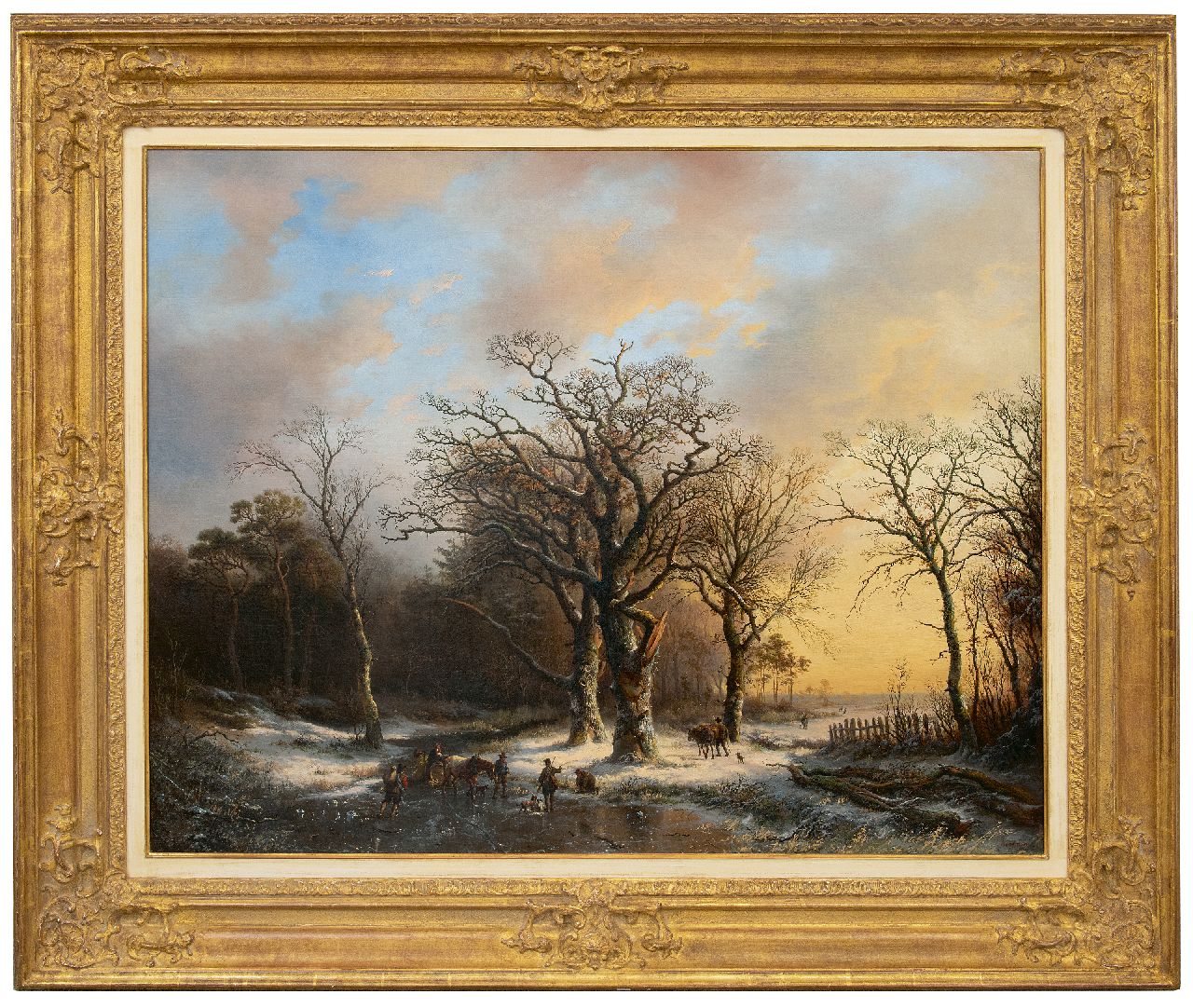 The figures in this painting were painted by Eugène Joseph Verboeckhoven. When Barend Cornelis Koekkoek started his drawing academy in 1841, Willem Bodeman was one of the first to apply. Master and pupil, who differed in age by only three years, had already known each other for some time. Bodeman had already received advice from Koekkoek in Amsterdam from 1826, an accompaniment that would continue in Hilversum around 1833. Until the 1930s they must also have made joint study trips in Germany and Belgium along the Rhine, Ahr and Maas. Bodeman must have felt a close connection with Koekkoek and until 1939 he seems to have visited him again and again in Cleves. There they were painted together by Tavenraat. In the landscapes and forest views that Bodeman painted, the influence of his friend and teacher can be found in the choice of motif, composition and subject, although he usually opts for larger dimensions. In 1840 he leaves for Brussels and occasionally works there with the famous animal painter Eugène Joseph Verboeckhoven. Such collaboration was not uncommon at the time. In addition to B.C. Koekkoek and Klombeck, 'master Verboeckhoven', as he was often called in the Netherlands, was asked by several Dutch landscape painters to furnish their work with figures or animals.

Also for sale from Bodeman W. 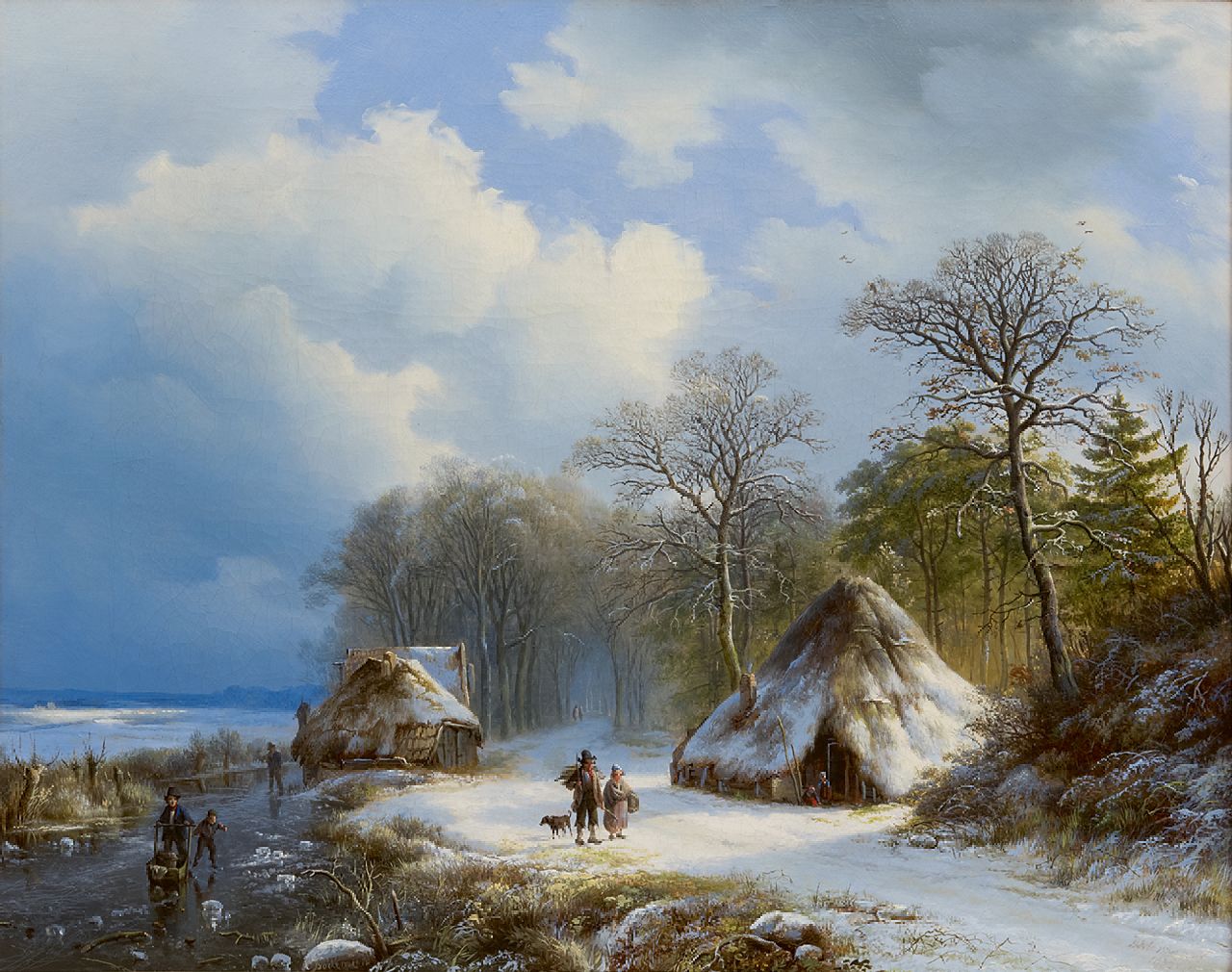 A winter landscape with skaters and wood gatherers, 1838