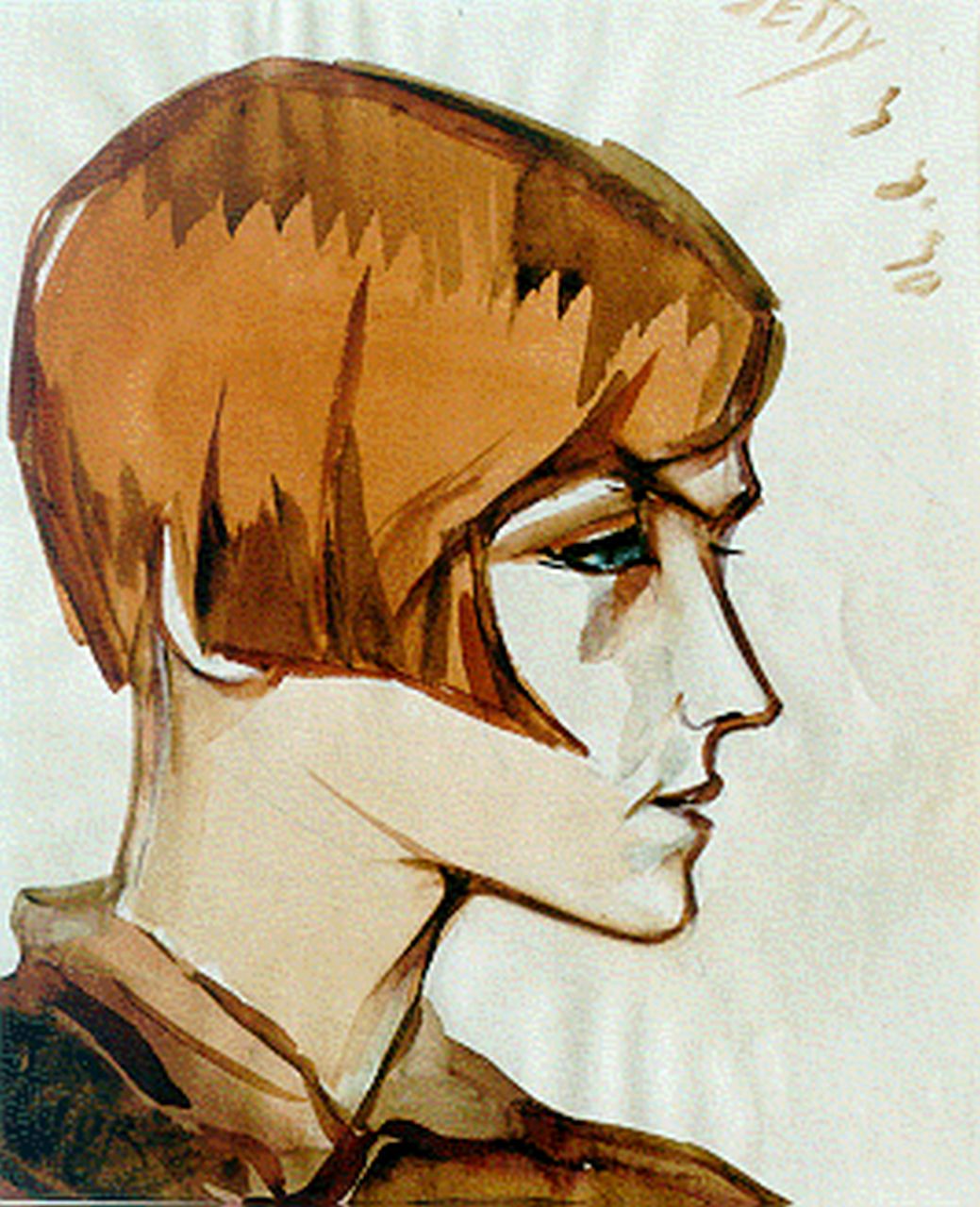 A portrait of Jenny
pencil and watercolour on paper 28.0 x 23.0 cm, signed l.l. with monogram

A portrait of Jenny
pencil and watercolour on paper 28.0 x 23.0 cm, signed l.l. with monogram